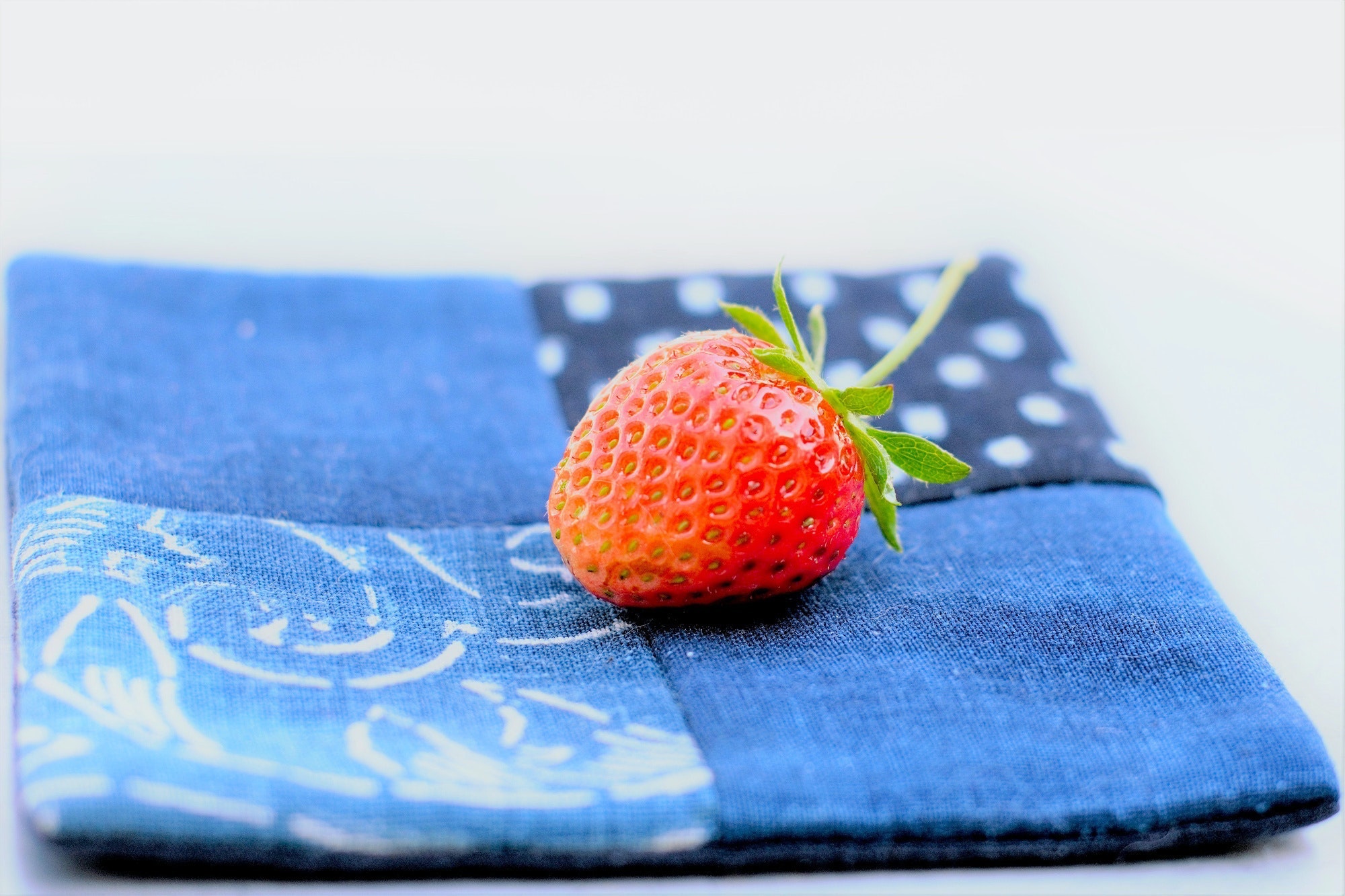 Few people are familiar with the Kurume Gasuri fabric manufactured in the Chikugo region (筑後地方) of southern Fukuoka Prefecture in Japan's Kyushu region (九州地方).
Kurume Gasuri is a weaving technique said to have been invented by a 12-year-old girl at the beginning of the 19th century.
She was apparently inspired by the threads of old cotton scraps that had become faded.

Nowadays, it's known as one of the three major Kasuri in Japan, alongside Iyo Kasuri, made in Matsuyama (松山市) in Ehime Prefecture (愛媛県) in Japan's Shikoku region (四国地方), and Bingo Kasuri, made in Fukuyama (福山市) in Hiroshima Prefecture (広島県).
The craft has been designated an Important Intangible Cultural Property of Japan.
Since Kurume Gasuri is made of cotton Kasuri, it is gentle to the touch and can be washed.
This makes it suitable not only for kimonos, but also for clothing, such as dresses and accessories, and even face masks.
Unlike silk kimonos, Kasuri fabrics were used for everyday clothing, such as monpe (a kind of Hakama casual wear) until after the war.

The Process of Making Kurume Gasuri, a Traditional Craft of Southern Fukuoka

Let's take a look at how hand-loomed Kurume Gasuri are made by two designers/craftsmen from the Kurume Gasuri brand "GIEMON."
Each step can be seen in the video.

・Kukuri - (Video 1:15-)
This is an important process that involves tying a string to the Eito so that a pattern remains after dyeing it.

・Some - (Video 1:43~)
Generally, indigo dye is used.
The indigo dyeing process makes the cotton fabric more resistant to insects and odors.
It also increases the strength of the fabric.

・Kasuri Toki - (Video 2:39-)
This steps involves untying the bundle to check if the pattern stands out properly.
It's an exciting moment.

・Ori - (Video 3:10~)
This is the process of weaving the finished yarn into a Tanmono.
A Tanmono is a roll of kimono fabric, and a Kijaku (standard length of material used in a kimono) has a weaving width of about 38cm.

The History of Kurume Gasuri, a Traditional Craft of Southern Fukuoka

The 12-year-old girl who invented the Kurume Gasuri is named Den Inoue.
She was born in Kurume-Torihoka, Chikugo-no-Kuni (present-day Kurume (久留米市), Fukuoka).
It's theorized that the technique of "Kasuri," the basic pattern of cotton fabric, was introduced to Kyushu and Shikoku via the Ryukyu Islands.

This video features the indigo-dyed hand weaving of Kurume Gasuri, but there are other styles, such as Aizome Kasuri, Tateyoko-Kasuri, Yoko-Kasuri, Dasshoku-Kasuri, Tsumami Zome, and Tate-Kasuri.

Summary of Kurume Gasuri, a Traditional Craft of Southern Fukuoka

It's said that the charm of the Aizome Kurume Gasuri is its beautiful patterns and the texture that becomes more profound the more you wear it.
It can be washed at home, and the more you wash it, the softer it becomes and it also conforms to your skin.
This is a classic piece of traditional craftwork, yet one that you will want to use everyday.
GIEMON (儀右衛門), featured in this article, sells Kurume Gasuri products online.
If you're interested, be sure to check out their official website.