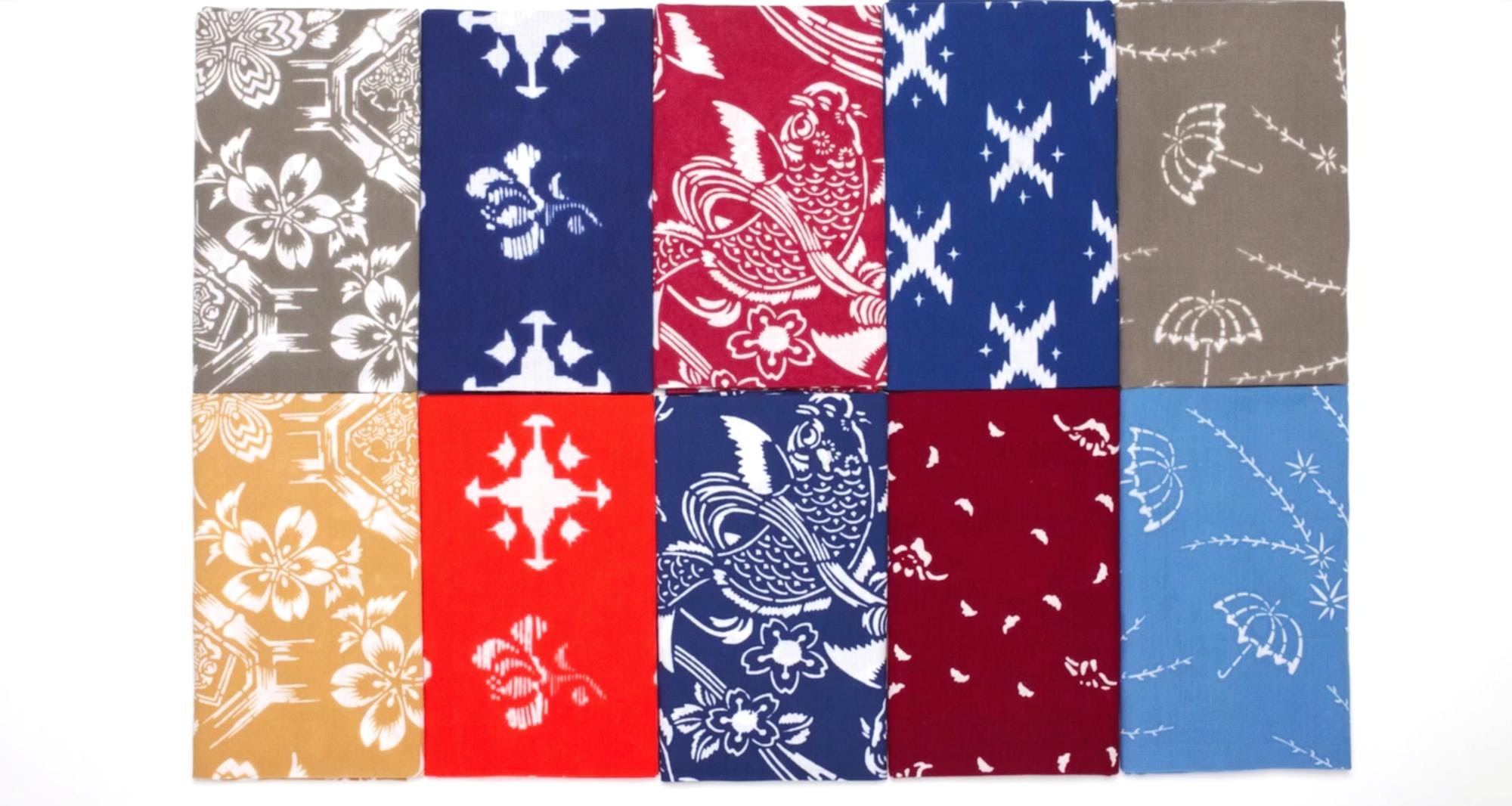 The woman featured in the video is Kuniko Sasaki, a craftswoman who works at the Natoriya Dyeing Factory, a dye shop in Sendai City, Miyagi Prefecture in Japan's Tohoku region.
The video is an interview where she speaks about how she encountered the traditional art and craft Tokiwa Kongatazome (常盤紺型染), as well as its origin and traditions.

Tokiwa Kongatazome is a technique of stencil dyeing born in the late Edo period (1750 ～1850), and developed in Sendai City, Miyagi Prefecture.

At that time, Tohoku did not have Kasuri-weaving (a textile technique in which patterns were woven using thread dyed in different colors), so people came up with the idea of creating a paper stencil based on the design patterns of Kasuri instead. It came to be called Tokiwa Kongatazome.

The technique of Tokiwa Kongatazome was passed on from the dye shop "Mogamiya" (最上屋) in Akita prefecture to dye shops in Sendai city. People loved its warm fuzzy feeling and gorgeous patterns, and it made great strides from the Meiji era (1868～1912) to the early Showa era (1930~). One of its features is that it can be mass produced, unlike textiles.
Tokiwa Kongatazome originated in Yokota city in Akita prefecture (Tohoku region) but developed in Sendai city in Miyagi prefecture.

The products dyed with the Tokiwa Kongatazome technique are called "Sendai Yukata" and are loved all over Japan.
It initially only used deep blue colors for dyeing so it was named "Tokiwa 'Kon' gata" (Kon 紺, meaning "navy blue" in Japanese), but now it uses multiple colors so people sometimes call it somply "Tokiwagata" (without the kanji for navy blue).

How It's Made: Tokiwa Kongatazome Stencil Dyeing

As it shows in the video around 0:41, first you put a Tokiwa Kongatazome stencil on a white fabric and apply starch. The starched area is going to be left white after the fabric is dyed, forming a pattern on the cloth.
An example of this stencil dyeing is shown in the video around 1:49.

A technique called "Itoire" (Inserting threads into a paper-stencil) is used to create a paper-stencil.
This technique allows for the design of more intricate patterns.
As you can tell by watching the video, everything is handcrafted by professionals.

Kuniko Sasaki of the "Natoriya Dyeing Factory" says in the interview that she started Tokiwa Kongatazome because she found stencils that were more than 100 years old when she was cleaning out her warehouse roughly 20 years ago, and she thought it would be a shame to lose the traditional craft.
Feeling this, she decided she wanted to pass on the spirit of the craftsmen before her.