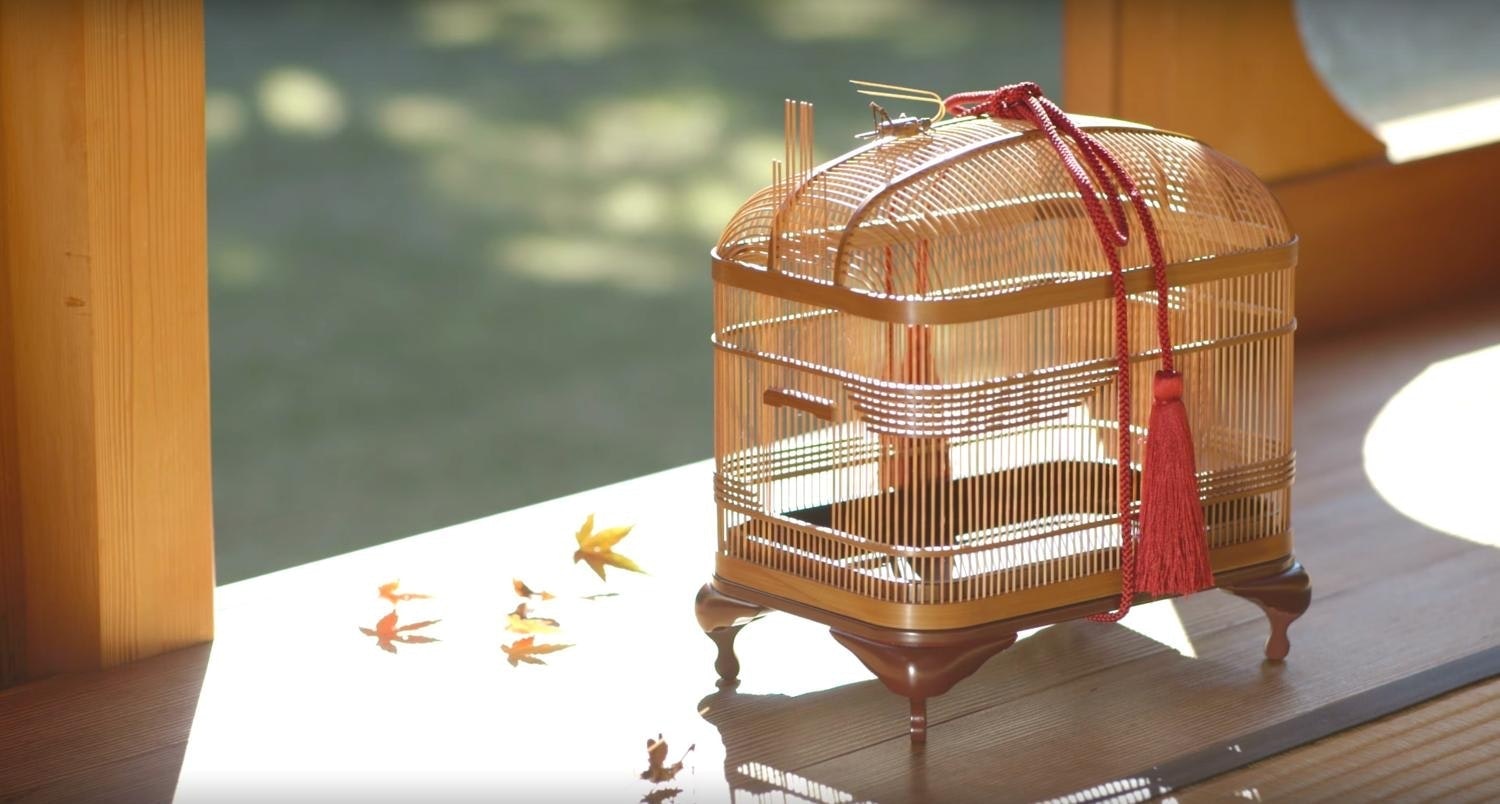 Suruga Bamboo Ware is a traditional craft made from bamboo stems.
Created using professional techniques whereby the craftsman creates flower vases, bug cages, and handbags by assembling thin strips cut from bamboo stems.
In recent years, it has become popular with more modern items, such as bags and wind chimes.
Today, we'll introduce in detail the highly valued traditional Japanese craft, Suruga Bamboo Ware.
Be sure to follow along with the video!

The History of Suruga Bamboo Ware

Due to rich bamboo resources, bamboo crafts were commonly used in daily life from olden times in the Suruga area, in Shizuoka prefecture.
The origin of the craft is rooted in ancient history.
Bamboo products like baskets and cages have been excavated from Toro ruins in this area, major ruins of the Yayoi period.

In the Edo period, bamboo crafts established a position as side jobs for samurai.
After retiring from the shogunate, Tokugawa Ieyasu lived in Sunpu Castle, and a local culture of bamboo craftsmen was established in the Suruga area.
Suruga Bamboo Ware was recognized as national traditional craft by the Ministry of International Trade and Industry in 1976.

How Suruga Bamboo Ware Is Made

The production process of Suruga Bamboo Ware is divided into 4 parts: Measuring and cutting bamboo, Bending, Weaving, and Assembly.
Japanese timber bamboo (Madake) or Moso bamboo (Mosochiku) are used as materials, and strips are cut from their stalks.
Flat strips are used for bamboo crafts in other areas, but Suruga Bamboo Ware uses round cut strips.
They are made using a unique technique that involves bending the strips into round shapes and connecting them through weaving.

There are many different Suruga Bamboo Ware products; snack trays, which are great for hosting guests, flower vases, tea cup saucers, small pouches, lightings such as lanterns and lamps, wind chimes/desktop wind bells, bug cages, and more.
Beautiful Japanese style handbags are also popular.
These products can be purchased on amazon and Japan’s major online retailer, Rakuten.
Prices range from several thousands to several tens of thousands of Japanese yen (tens to hundreds of dollars), depending on the product.

As introduced in the video, Suruga Bamboo Ware is traditional Japanese craft handmade by a single artisan.

If you're looking to take in some Japanese culture in your daily life, we recommend purchasing some Suruga Bamboo Ware products.
They make great souvenirs and gifts as well.