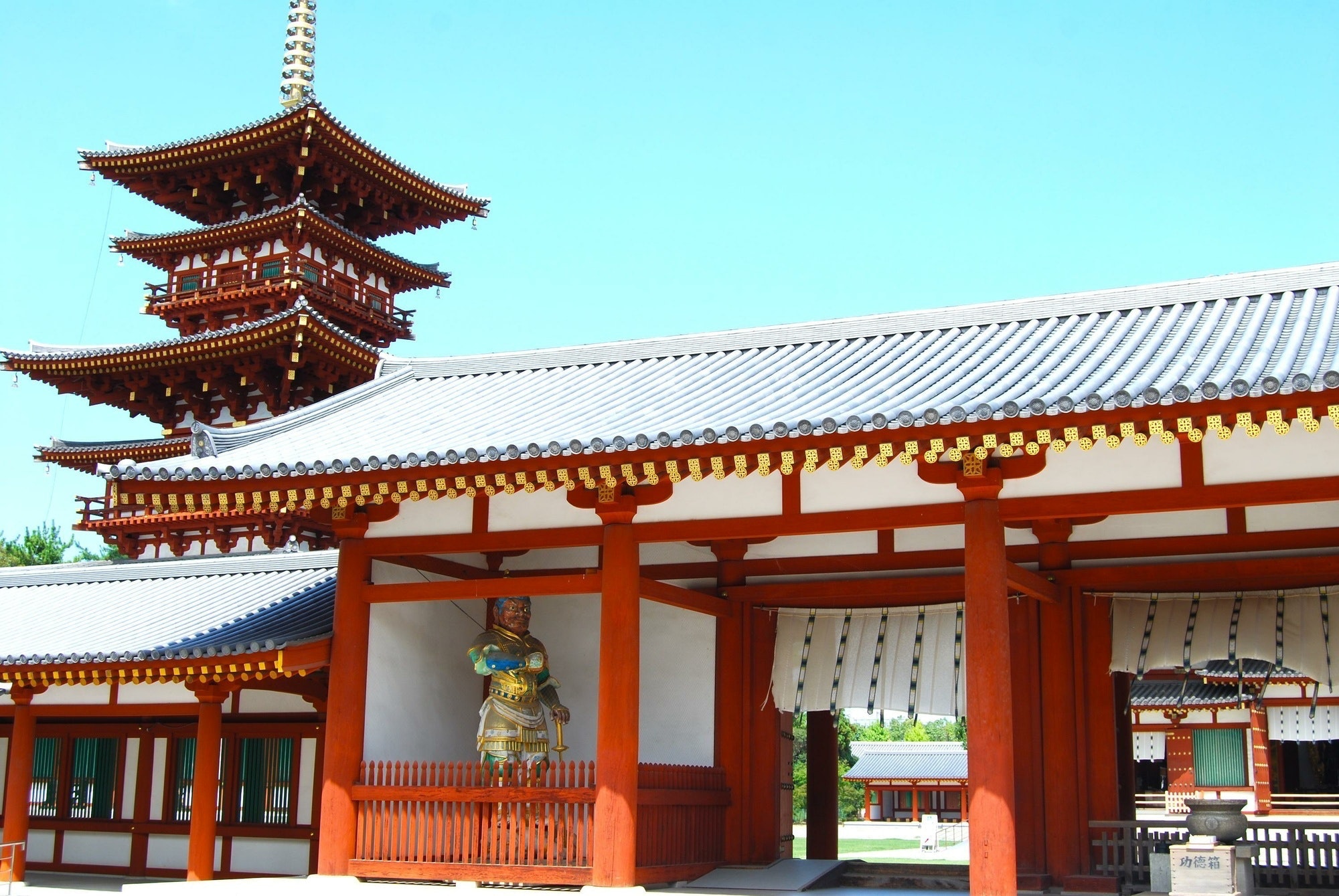 Yakushiji Temple is one of the Nanto Shichi Daiji (seven great temples of the southern capital (Nara)) and is an old temple that represents the long history of Japan.
It is well known for the main hall, which enshrines the deity that the temple worships, as well as the "Yakushiji-style Garan Building Layout," which has 2 pagodas in the east and the west.
The main hall can be seen from 1:26 in the video.
In 1998, it was registered as a UNESCO World Heritage Site under "Historic Monuments of Ancient Nara."

In addition, 9 national treasures and 26 important cultural properties are enshrined at Yakushiji Temple.
In this article, we'll introduce the history of and tourist information for Yakushiji Temple in Nishinokyo, Nara City, Nara Prefecture.

It is said that Yakushiji Temple was opened in 680 in Nishikyo, Nara city, Nara prefecture so that Emperor Tenmu could pray for his empress' health.
During the Asuka era (around 592-710), the Hosso sect of Buddhism was brought to Japan by Xuanzang.
The Hosso sect is one of the "Nanto Rokushu" (Six Schools of Nara Buddhism) and is the oldest surviving sect in Japan.

Throughout the long history of Yakushiji Temple, halls, such as the Kondo (main hall), West Pagoda, and Daikodo Hall (large hall) have been burnt down, and the East Pagoda, a national treasure that can be seen from 1:43 in the video, is the only thing that remains from when it was originally constructed during the Nara period (710-794).
When the East Pagoda was repaired, a highly durable 1,000-year-old Japanese nail made of iron sand was discovered and is now displayed at Yakushiji Temple.

This video introduces the temple towers of Yakushiji Temple.
The first to be introduced is, Yasumigaoka Hachimangu, an important cultural property located in the southernmost part of the compound.
From there, the Kondo (main hall), located in the back of the central gate, is shown.
The Kondo is a building where the statues of the main deities, the Yakushi Triad, are enshrined, and the elegant building "Ryugu-zukuri" was rebuilt in 1976.

Next, the West Pagoda and the East Pagoda, both national treasures, are introduced.
Following that, from 1:55, you can see Daikodo Hall, Jikido Hall, Kyoraku-mon Gate (North Gate), the Genjo Sanzoin Complex, the Genjo Pagoda, and Fudo Hall.

Yakushiji Temple is conveniently located just a 1-minute walk from Kintetsu Nishinokyo Station.
There is also a parking lot so you can visit by car as well.
Hours for Yakushiji Temple are from 8 AM to 5 PM and admission is ¥1,100 for adults.

Regular rituals and festivals organized by Yakushiji Temple are held as events.
Also, there is a sutra-copying dojo where you can calm your mind and reexamine your mind's present state through a sutra-copying experience.
In addition, you can get a shuin stamp and amulets at Daikodo Hall.

You can feel the divine blessings of Yakushiji Temple, which is also known as a power spot to pray for health, so be sure to check out the video if you still haven't yet!
Also, consider adding Yakushiji Temple to your itinerary during your next trip to Japan!