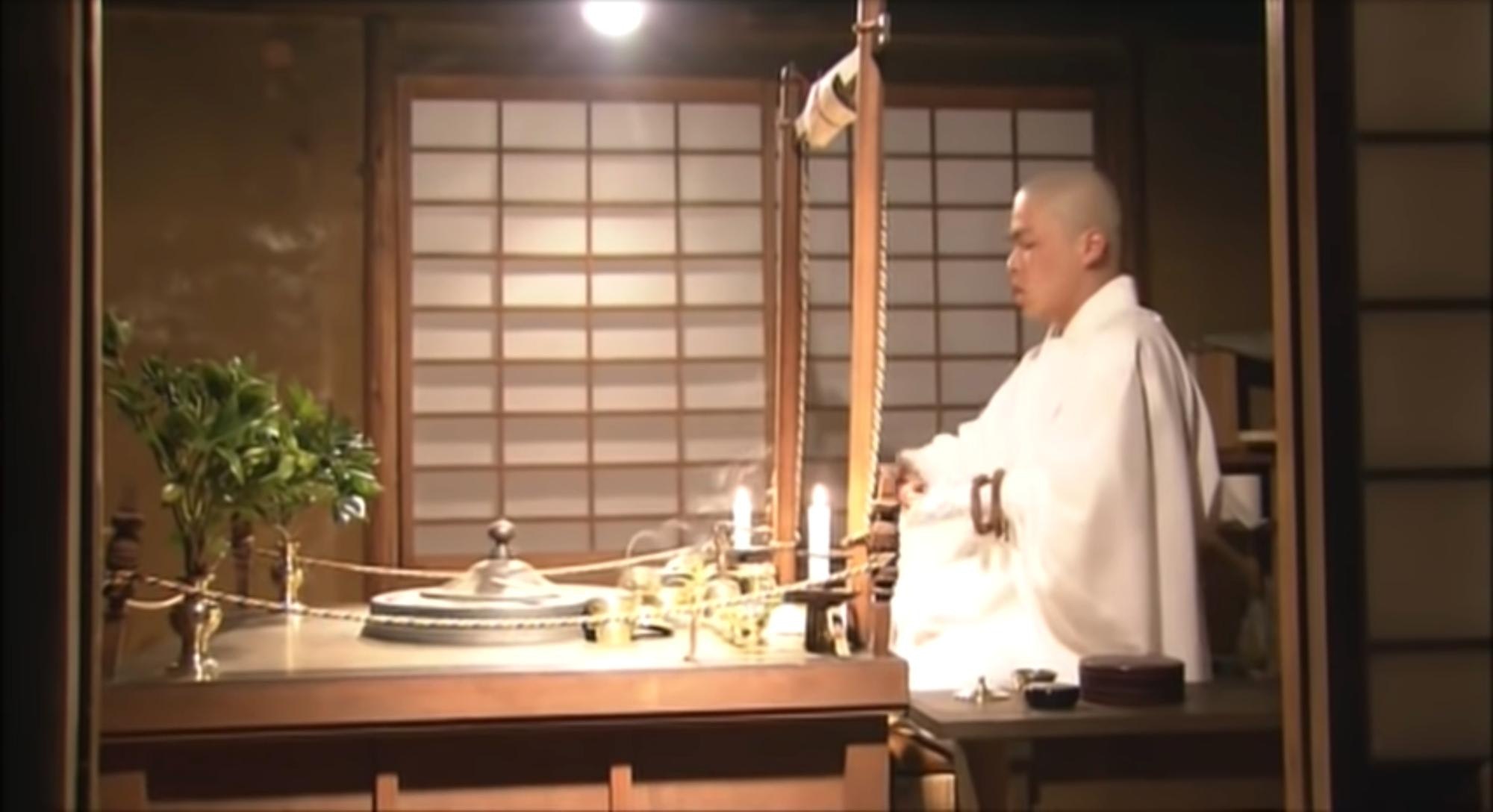 This video, titled "Sennichi Kaihogyo" (千日回峰行), was released by "oNaraPark."
This Video Is a Documentary Featuring Endo Hoshino, a Monk Who Has Been Training in the Mudoji Valley on the Southern Outskirts of Mt. Hiei for 12 Years.
It is said that the monks who practice Kaihogyo wear white linen garments called 'Jōe,' which are said to act as burial clothing should they fail the pilgrimage.
In the video, you can also see the practice of the 30-kilometer round trip around the foot of the mountain which lasts 100 days.

The scene where Endo Hoshino, who has reached the 300th day of his journey, takes off his sandals as if to console himself on his seemingly endless journey while making a visit to the temple, is quite moving.