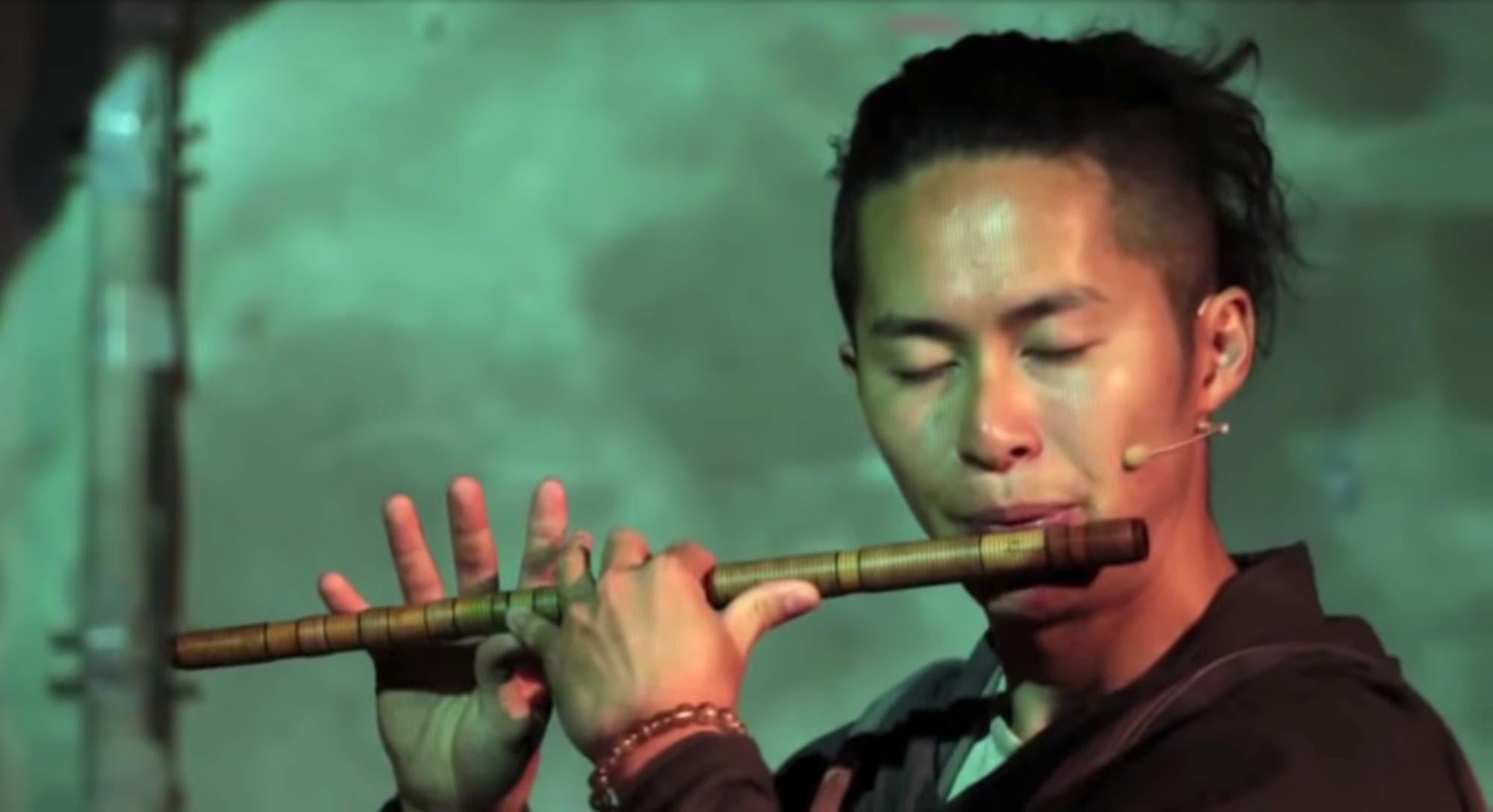 This video [Shinobue performance, Kazuya Sato (Maihime) 2013/05/24]（篠笛奏者 佐藤和哉「舞姫」2013.05.24） was created by "NAM .Grafik".
The Shinobue is a simple Japanese woodwind instrument made of bamboo, which is wrapped in rattan and painted with lacquer to prevent cracking.
It's very similar in structure to the flute.

The Shinobue is often played during theatrical performances alongside Japanese Taiko drums, folk songs and festival music. Shinobue performances have been during dinners and banquets have been enjoyed by the general public for hundreds of years.
This video contains footage of the male Shinobue artist Kazuya Sato performing the melody Maihime.
Before we get further into the video, please check out the video, and enjoy listening to the simple and soft tone of the Shinobue.

Introducing the History of the Shinobue

The Shinobue rose in popularity during the Heian period (794-1185 AD) and became loved by the people as a traditional Japanese musical instrument.
The Shinobue has a very simplistic design: it consists of one hole used to blow air into and the remaining holes are used to place one's fingers upon to create different tones.

There are two different types of Shinobue: the Hayashi type and the Uta type. The Hayashi type Shinobue (classical type) contains similar sized holes that have not been tuned and therefore are more suited to group performances.
The Uta type, on the other hand, has varying sized holes that have been tuned and can be used to play melodies and solo performances.
The pitch of the Shinobue depends on its length: the shorter the Shinobue the higher its pitch.
Shinobue artists usually carry several Shinobue to play during a single performance.

The artist in this video, Kazuya Sato, performs the melody "Maihime" in a modern solo style.
The soft and simple tone of the Shinobue, which sounds almost like a soft singing voice, is guaranteed to calm the mind.

Other famous Shinobue artists include Tamura Yuuko (who studied under Kanou Yasukazu), Katano Satoshi, and Takeuchi Naoko.
As well as performing on stage, Kazuya Sato composes his own original music and teaches the traditional Japanese musical instrument Shinobue to beginners.

The Shinobue artist Kazuya Sato is currently performing in concerts all over the country.
For those who are interested, please check Kazuya Sato's official home page for more information on performance dates and locations.
If you were captivated by the beautiful sound of the Shinobue, we highly recommend going to a concert to see a live performance!

In this video, from 0:08 to 4:16, you can listen to the full Shinobue performance of Maihime. Please listen and enjoy!