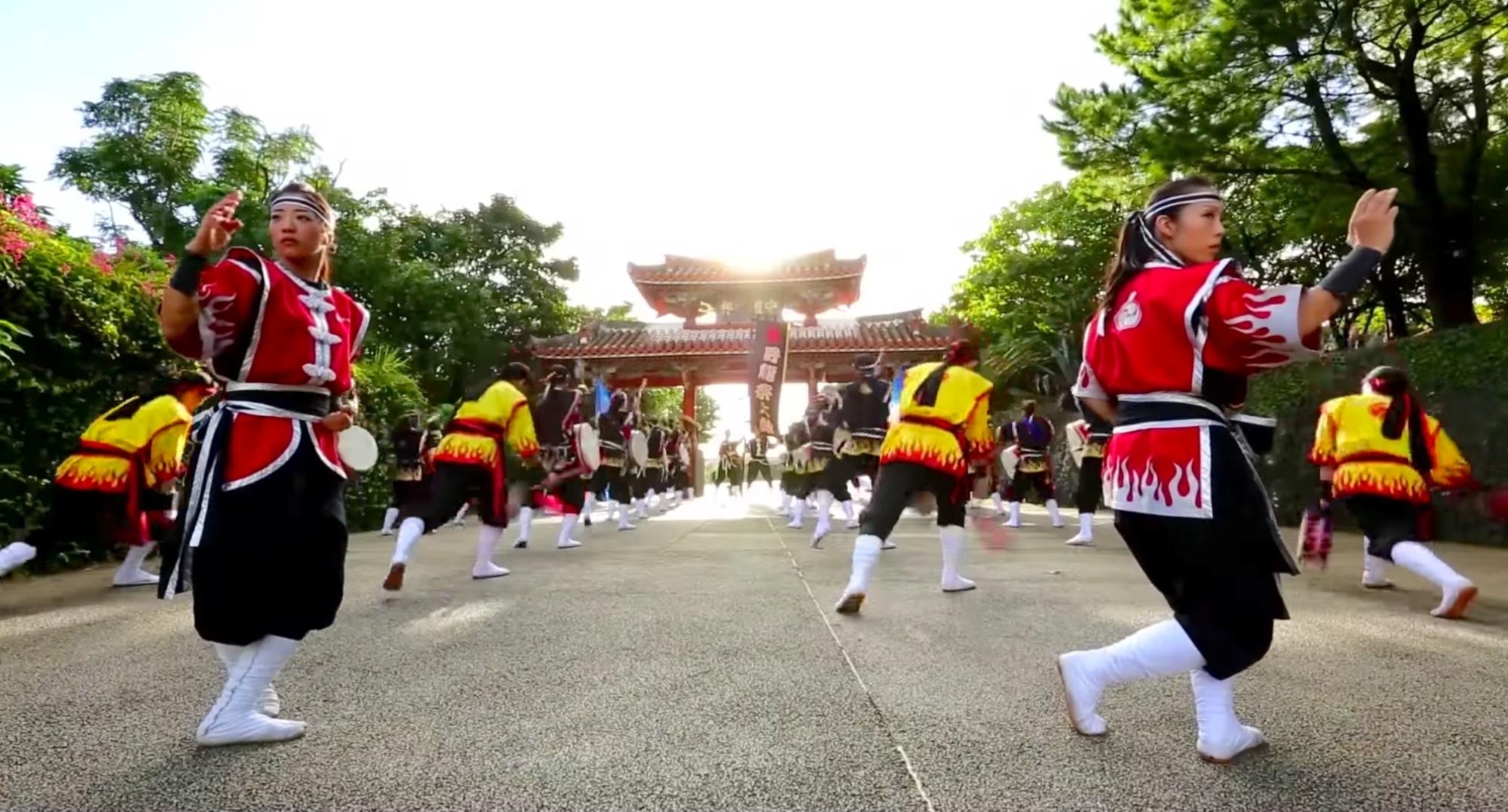 The group performing the Sosaku Eisa is Ryukyu Budan Shoryu Matsuri Daiko.
The original dance performance "MI RU KU MU NA RI" in the video, is a powerful dance performance combining techniques from Okinawan Karate and Bo-jutsu (the art of using a stick as a weapon), two forms of traditional Okinawan martial arts.

Eisa, an ancient Japanese dance, was originally performed during the Kyu Bon Festival (the Old Bon festival of the lunar calendar) in Okinawa.
In recent years though, traditional Eisa has been performed at other times of the year, besides the Bon Festival, to the delight of local residents and tourists.
The name of the performance by the Ryukyu Budan Shoryu Matsuri Taiko "Miruku Munari" comes from the Indonesian words "Miroku," meaning Maitreya," and "Munari," which means "dance."
Ryukyu Budan Shoryu Matsuri Daiko is a group of dynamic dance performers who have arranged the historical Eisa in a modern style.

The original promotional video of Ryukyu Budan Shoryu Matsuri Daiko, shown here, was filmed at well-known sightseeing spots in Okinawa.
The Okinawa Churaumi Aquarium at 3:54 in the video, and Emerald Beach at 2:20 in the video, are popular destinations among tourists.
The Eisa performances were also filmed at four of the nine World Heritage sites in Okinawa.
These include the ruins of Nakijin Castle, Shichanu-una (Lower Garden) at Shuri Castle (Shuri-jo Castle), Shuri Castle's Shurei-mon Gate, and Katsuren Castle (Katsuren-jo Castle).

Exciting and Popular Events in Okinawa!

Ryukyu Budan Shoryu Matsuri Daiko has been performing Eisa dances at various events in Okinawa.
If the videos has you wanting to see their dynamic, traditional dances up close, consider taking a trip to Okinawa during one of their events.
Many events are held in Okinawa, including the Naha Otsunahiki Festival and the Shuri Castle Festival (Shurijo Castle Festival).
Visiting these historic festivals will give you a deeper appreciation of the beauty of Okinawa.

If you're planning a trip to Japan, you should definitely visit Okinawa to see the dynamic and beautiful Eisa performance shown in the video.