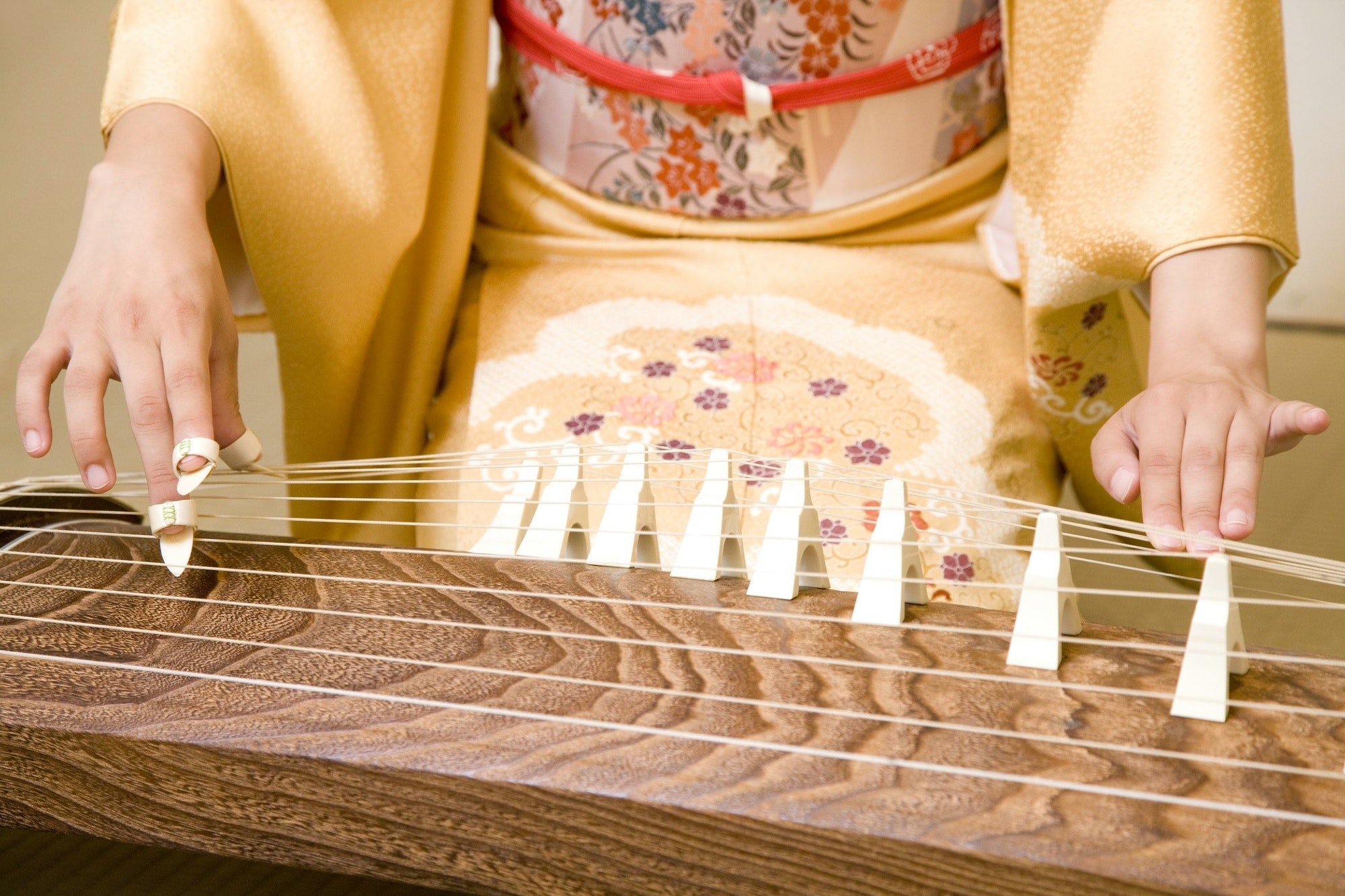 A Koto Performance Beneath the Cherry Blossoms

This video, titled "Sakura – 25 strings koto (さくら(Sakura) 25絃箏 (25 strings koto))," contains footage of a koto performance under the cherry blossom. It was created by "Kasumi Watanabe."

The video features 17 and 25 string koto musician Kasumi Watanabe (渡邉香澄).
The koto is a traditional Japanese musical instrument with a soft, beautiful tone that is very relaxing to listen to.
You can take a look at Kasumi Watanabe's performance from 0:09 in the video.

The Koto - A Traditional Japanese Instrument

The koto was introduced to Japan from China over 1,300 years ago during the Nara period (794 AD-1185 AD).
It quickly became popular among the wealthy.
During the Edo period (1603 AD-1868 AD) the musician Yatsuhashi Kengyo (八橋検校) created the foundation of koto music that continues to be used to this day.

A tool called a "Ji" (柱) is used to tune the koto.
There are two main styles of koto, referred to as "Ikuta-ryu" (生田流) and "Yamada-ryu."
Differences between the styles include the shape of the instrument, the picks used, and playing method among others.

Listen To the Beautiful Melody of "Sakura"!

The well-known song "Sakura" featured in the video, is performed by Koto musician Kasumi Watanabe.
In Japan, when the cherry trees blossom in spring, people travel all over the country to enjoy cherry blossom viewing.

Traditional koto and gagaku (雅楽) performances can be heard at famous cherry blossom viewing spots around the country.
It's a great way to celebrate the coming of spring!

There are many schools around Japan where you can learn to play traditional Japanese musical instruments.
The koto, in particular, is popular for its beautiful and elegant image.
The special kind of sheet music used takes a little getting used to, but once you start playing you're guaranteed to fall in love with it.

Summary of the Koto - A Traditional Japanese Instrument

The koto is a traditional musical instrument that has been played in Japan for hundreds of years.
In the video, you can listen to the song "Sakura" played by a professional musician.
The peaceful melody is sure to leave you feeling at peace.

We highly recommend trying out one of Japan's traditional musical instrument experiences on your next sightseeing trip to Japan.
You can pick out your favorite instrument and enjoy playing the music of your choice!