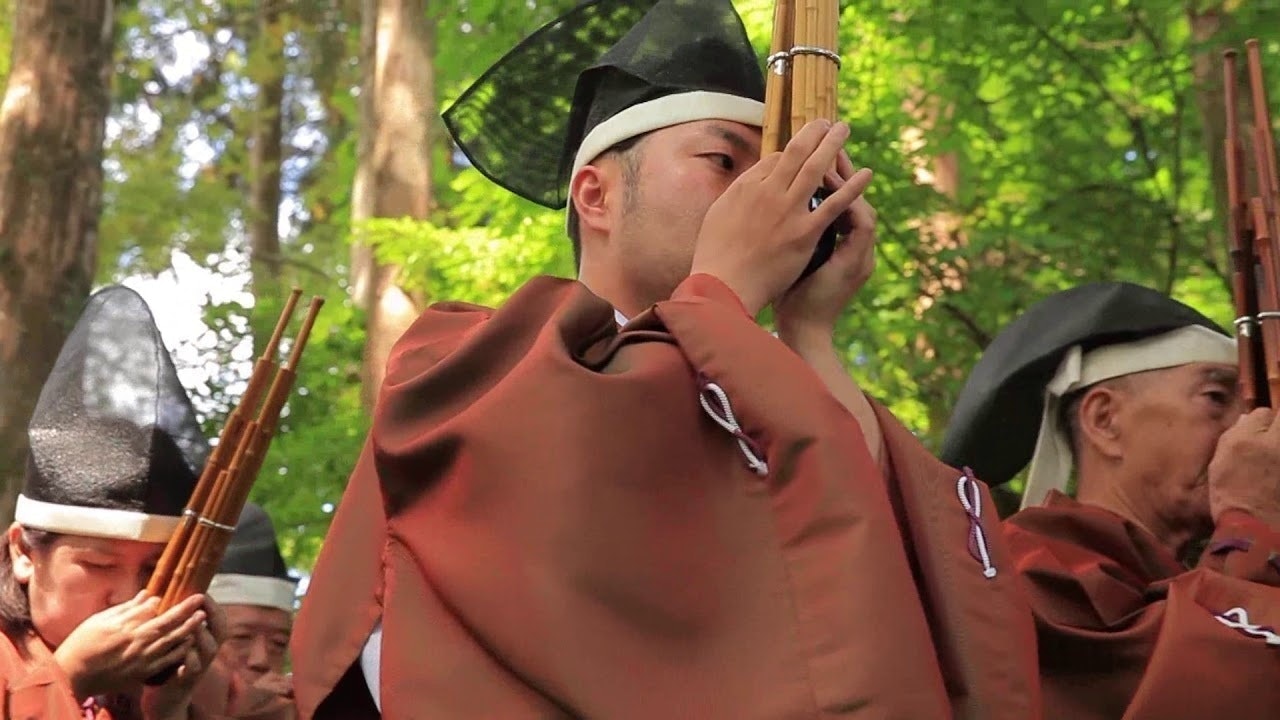 The History of Nunobashi Kanjoe, a Purification Ceremony in Tateyama, Toyama

Tateyama, a well-known sight in Toyama Prefecture, is counted as one of the three most sacred mountains in Japan.
It has been worshipped as a spiritual mountain since ancient times.

Entry to Tateyama was originally forbidden to females, and women were not allowed to climb the mountain during the Edo period (1603-1868 A.D.).
It is believed that the origin of Nunobashi Kanjoe was when these female believers crossed a bridge called Nunobashi over the Ubadou River (姥堂川, Ubadou-Gawa) in Tateyama, praying to be accepted into paradise.

A Closer Look at Nunobashi Kanjoe, a Purification Ceremony in Tateyama, Toyama

Nunobashi Kanjoe includes the ceremony in which women dressed entirely in white enter the dimly lit Enmado-Hall and perform sutra reading to pray for entry to paradise.
This performance is shown at 2:41 in the video.

Nunobashi Kanjoe has been actively practiced since the Edo period, but was once abolished due to the abolition of Buddhism during the Meiji period (1868-1912 A.D.), and only recently revived in the Heisei period (1989-2019 A.D.).
Nunobashi Kanjoe is now held only once every three years, so nowadays, it is a sacred ritual that can rarely be seen.
Nunobashi Kanjoe was registered as a "Heritage for the Future" by UNESCO Japan in 2012, in recognition of its historical and valuable rituals.

Sightseeing Around the Tateyama Area in Toyama

The Toyama Prefectural Tateyama Museum, located at the site where Nunobashi Kanjoe is held, offers a video hall to learn the history of Tateyama and the rituals of Nunobashi Kanjoe.
When sightseeing in Tateyama, Toyama, you should definitely check out the events in the surrounding areas.

There is a popular theme park called "Mandara Amusement Park" in the Tateyama Museum as well.
It's said that the theme park was created in the image of hell... Consider stopping by to check it out.

Summary of Nunobashi Kanjoe, A Traditional Ceremony in Tateyama, Toyama