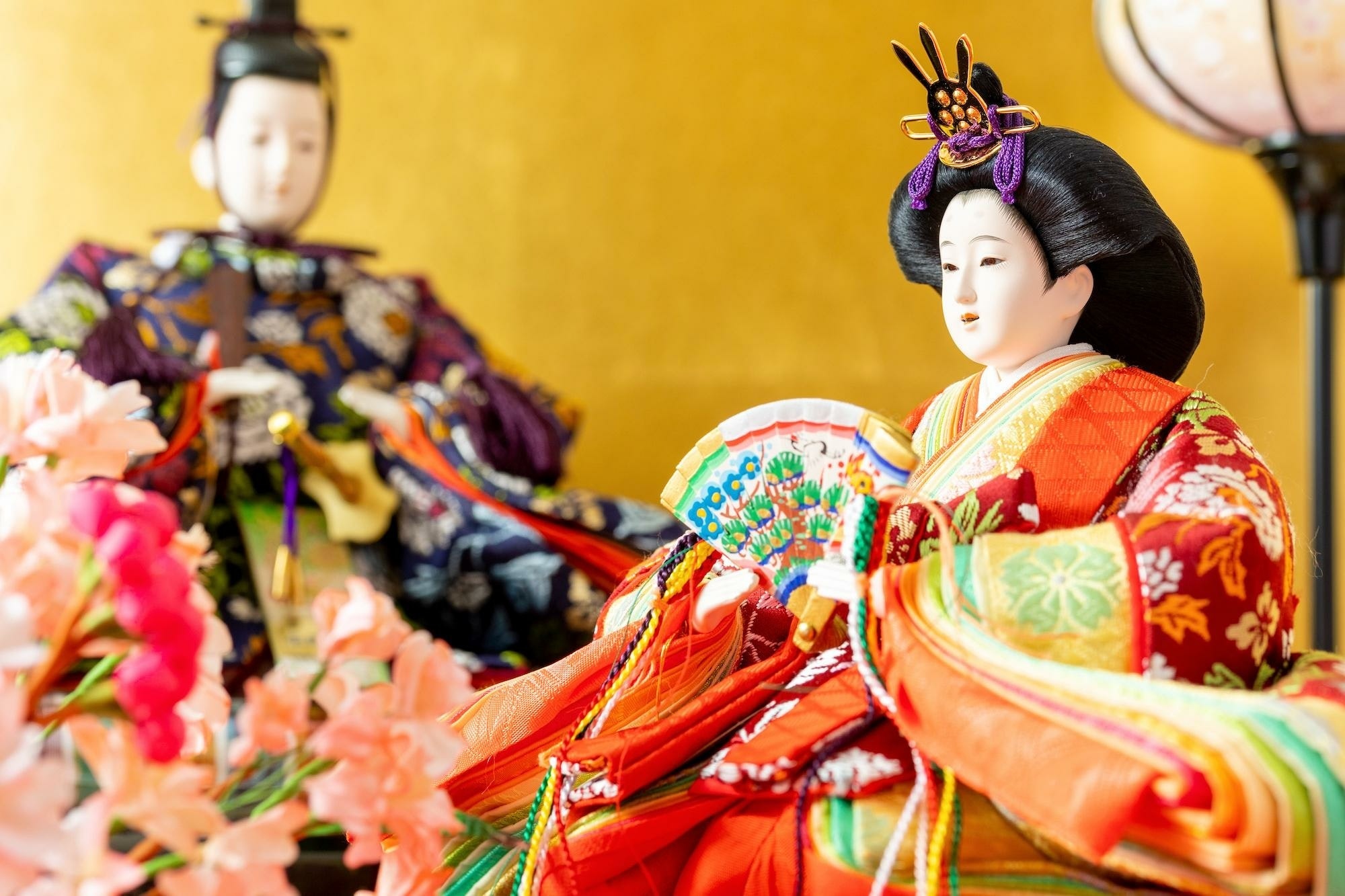 The cityscape of Hino has a nostalgic atmosphere reminiscent of Japan's Showa Period.
Hina dolls are displayed along the streets and in merchant houses.
There are also special viewing windows called "sajiki-mado" (桟敷窓) with which you can enjoy dolls that are on display.
This can be seen from 1:00 in the video.
Check out the video to see what kind of event "Hino Hinamatsuri Kiko" is.

Hinamatsuri is an event celebrated on March 3rd, traditionally known as "Momo no Sekku" (the Peach Festival) to wish for the healthy growth of girls by decorating hina dolls with peach-blossoms, serving hina-arare (sweet rice cakes), and Japanese sweets, and preparing food such as chirashizushi, a type of bright and colorful sushi.

The history of Hinamatsuri dates back to before the Edo period (1603-1868).
Nowadays, Hinamatsuri is a popular event for girls, where hina dolls are decorated and chirashizushi, sweets, and cakes are prepared.
Also, during the event, children sing “Ureshii Hinamatsuri” (Happy Hinamatsuri), which can be seen at the end of the video.

"Hino Hinamatsuri Kiko" started in 2008 with the aim of making Hino livelier, says Minoru Nakata, the organizer of the event, shown at 1:12 in the video.

In the past, hina dolls were brought back by merchants of Hino for their daughters when they went out on business.
Hino was a plain town where women and children generally stayed in the home.

You can also enjoy specialties, such as Omi Hino Beef, pickled vegetables from Hino, and Hino Udon.

In this article, we introduced "Hino Hinamatsuri Kiko" along with the video "Good Sign Vol.14 "Hino" Hinamatsuri Travelogue."
You can get a good idea of what Hino looks like during the event.

In addition to old hina dolls, cute origami dolls made by kindergarteners can also be seen in the video.
If you're headed over to Shiga Prefecture, consider dropping by "Hino Hinamatsuri Kiko"!