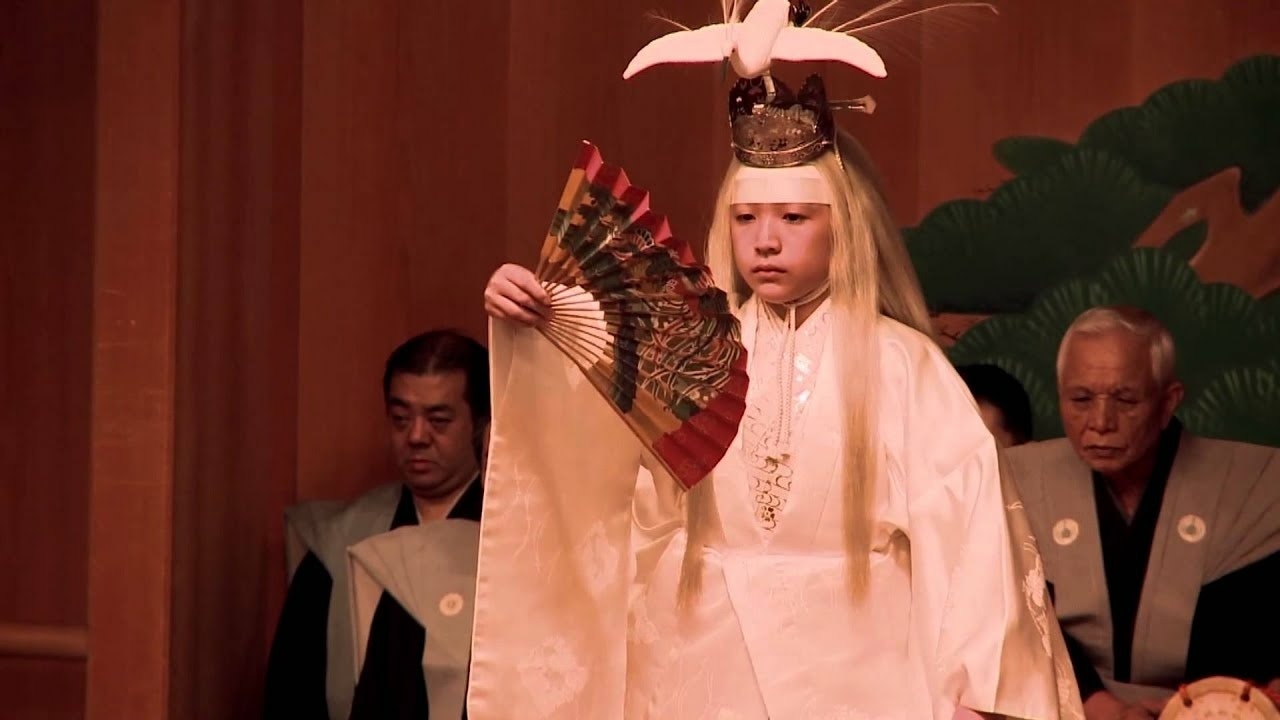 Learn About Noh Theatre With the Kanze School of Noh!

This video, titled "Manners and Etiquette Handed Down Through Generations of the Kanze School of Noh｜nippon.com" was created by "nippon.com."

Noh is a traditional performing art of Japan.
It has a long history in Japan, much like Kabuki, tea ceremony, and Buyo.

There are many schools of Noh, including the Kanze school of Noh featured in the video.
Style and performance can vary greatly depending on the school that an actor belongs to.
In this video, we'll introduce the Kanze school of Noh.
If you're interested in traditional Japanese performing arts, we highly recommend checking out this article and video!

The Ever Popular World of Noh Theatre

In this video, the 26th head of the Kanze School of Noh, Kiyokazu Kanze (観世清和), talks about Noh and the importance of passing on the art to next generation.
At 2:38 in the video we see Saburouta Kanze (観世三郎太) performing as a heron, one of the highlights of the video!

From 1:00 in the video, Kiyokazu Kanze talks about teaching his son Saburouta.
Then, at 2:20, he goes on to say that "to learn Noh, it is not enough to simply imitate a performance, one must make the performance their own and elevate it to another level."

From 3:53, he explains how constantly improving one's performance until their full potential is reached is the most important aspect of Noh.
You can hear Kiyokazu Kanze talk about his feelings towards his son throughout the entirety of this 5 minute long video.

A Closer Look at the Traditional Performing Art, Noh

"Nougaku" (能楽) is the general name given to the performing arts Noh and Kyogen (狂言).
It is one of Japan's oldest traditional performing arts and is registered as an Intangible Cultural Asset.

There are six important features of any Noh play:

Movements in Noh involve standing up straight with ones chin tucked in in a posture called "Kamae" (カマエ).
Walking without lifting one's heels off the ground, called "Hakobi" (ハコビ), is another characteristic feature of Noh plays.
Back when Noh was first being performed by Kan'ami (観阿弥) and Zeami (世阿弥) in the Muromachi period (1336 AD - 1573 AD), "Kamae" had yet to even be established.

"Utai" refers to the lines or speech in a Noh play performed by the lead role called the "Shitekata" (シテ方).
This is important in correctly portraying the feelings of the characters in the play.

"Hayashi" refers to the musical accompaniment, which usually include a flute, small and large hand drums, and taiko drums (太鼓).
In some cases, the taiko drum may not be used.
The music is often played at a low volume as not to interfere with the performance.

"Men" refers to the masks worn during a Noh play.
There may be times when masks are not worn as well.

"Shozoku" is the term used for Noh costumes.
White is often worn by nobles, whereas young women are often dressed in red.

Many props are used on stage during Noh performances.
In contrast to the larger props which must be prepared well in advance of the performance, many small, simple props are often repurposed for each performance.

More About the Kanze School of Noh

The Kanze school is but one of many different schools of Noh Theatre.
Its name originates from the Yuzaki guild (結崎座) of Yamato Sarugaku (大和猿楽).
"Kanze" was the childhood nickname of Kan'ami, the founder of Noh.

Performers of the Kanze school of Noh are continually working hard to perfect their performances in the hope that the traditional art continues for generations to come.

If you're interested in watching a Kanze school performance, we highly recommend watching the video to get a taste of Noh theatre!
There more you learn about the family trees and schools of Noh, the more interesting it becomes!