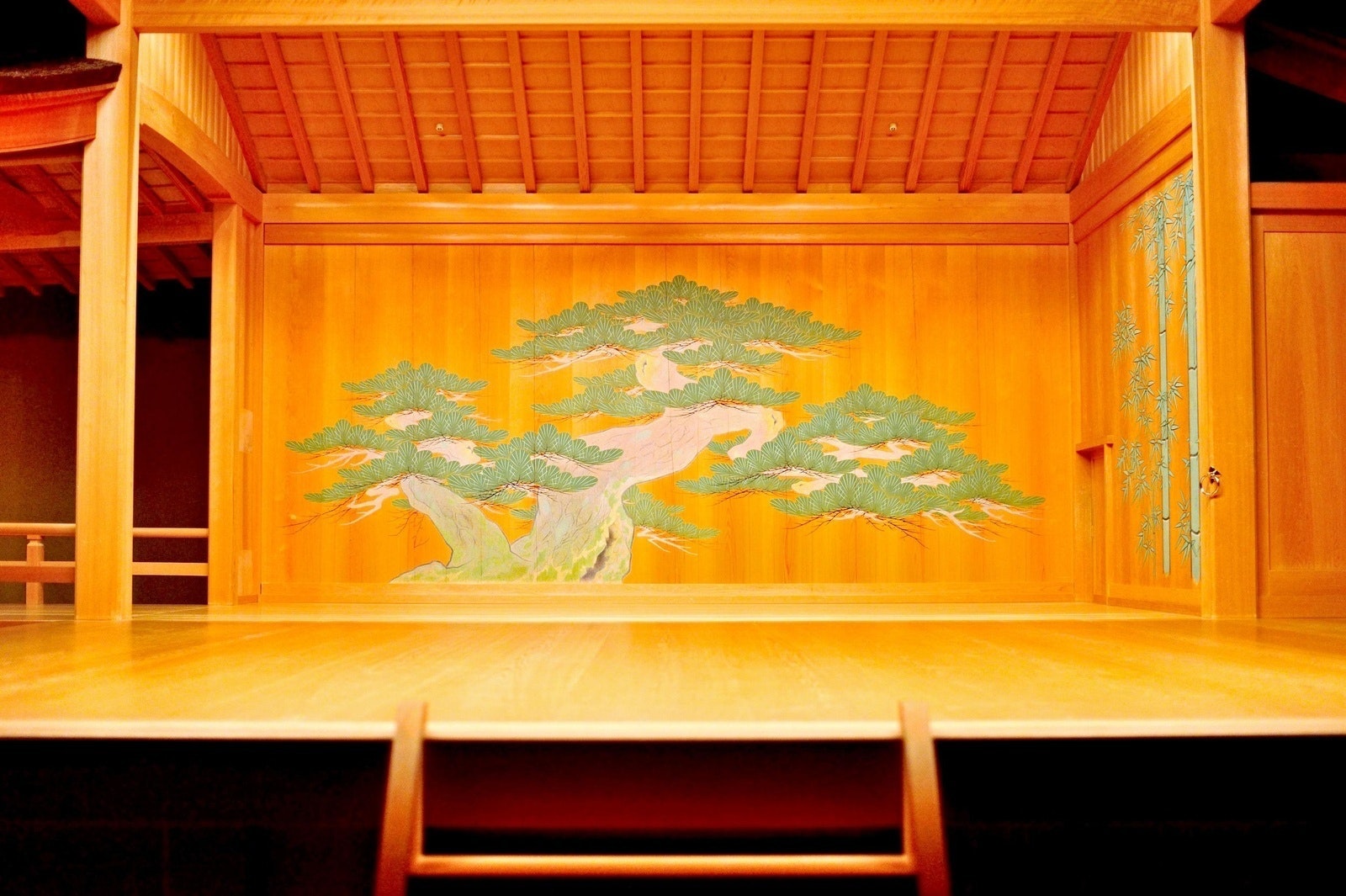 I reckon that many international tourists who visit Japan are interested in experiencing a traditional Japanese performing art.

If you're one of those people, I recommend catching a Noh performance that integrates a number of performance elements handed down over the centuries.

Yamashita talks about the history of Noh from 0:34.
The classical Japanese performance art, Noh was formalized into the present-day's form (known as Kanzeryu) during the Muromachi period (1336-1573) by Kan'ami and his son Zeami. Noh involves chants, drama, dance, basic movement patterns (known as Kata) or narration (known as Katari) and actors convey the emotions of characters using the entire ensemble. The audience is increasingly captivated by the effects.

According to Yamashita, Noh can be compared to western theater, such as opera or musicals, that is loved around the world.
Noh was designated as an Important Intangible Cultural Property in 1957, and as a UNESCO intangible Cultural Heritage in 2001.

Noh is often confused with Kabuki outside of Japan.
While Kabuki performances are attended by the general public, Noh is a refined performance art meant for the upper classes and was later made the official ceremonial art by the shogunate.

Noh is a comprehensive art form that involves dance, music and drama, just like western theater, but what makes it unique is that it is based on a stylization of the external expressions.

The Charms of Noh

Yamashita speaks about the Noh performance from 1:13.
On a mysterious stage known as Noh Butai, a story unfolds through the performances of Shite (the leading character) and Waki (the supporting actor), where plots are usually drawn from legend, history, and literature.

Shite is also a main organizer of the Noh performance, and furthermore, a prop maker.
The instrumentalists (known as hayashi) play the four Japanese instruments used in Noh theatre: transverse flute, hip drum, the shoulder-drum, and the stick-drum.
Kyogen is a comedy piece performed at intervals between the main Noh performance. Thus, a Noh program usually includes both Noh and Kyogen, and offers 2 types of entertainment.

Shite wears a mask as seen in the video from 3:14.
The masks tell the audience what kind of character he portrays, such as a divine, old man, old woman, villain, or demon.
Although there are a few roles Shite plays without wearing a mask, such as Musashibo Benkei (a Japanese warrior monk from the 12th century), Yamashita says that an actor plays the part without any facial expression as to convey emotion through only movements and body language (3:42~).

The masks cover an actor's facial expression, but this stimulates the imagination of the audience.
Plot development and the accompanied music induces a variety of emotions and creates an illusion of reality.
Another interesting aspect of Noh is that each viewer has their own understanding of the scenes being portrayed.

From 5:13, Yamashita says that an essential part of Noh performances is to maintain a stable posture, known as "Kamae," while using the basic Hakobi step where the feet are slid across the floor one after another without lifting them.
In Noh performance, the beauty must lie in the visible elements (movement, body language or posture) rather than on the inside of actors, and this external beauty is what brings out the internal beauty.
- This is the Noh aesthetic handed down for generations.

Noh is typically performed at theaters called "Nohgakudo."
There are plenty of renowned Noh theaters including Kongo-Nohgakudo in Kyoto, National Nohgakudo and Hohsho Nohgakudo in Tokyo, and Nagoya Nohgakudo in Nagoya.
The visit will afford you the opportunity to experience Noh performance.

The video captures Yaemon Yamashita's performance of "Aoi no ue" from 9:29, after his interview.
The video deepens our understanding and gives the performance depth.

It's worth watching to get an idea about the history and aesthetics of Noh.
It leads us into the profound beauty of the art form.
If you want to experience a Noh performance, "Nohgaku Dairengin" is a great program to check out. It allows beginners to take a 4-month training of "Takasago" and perform it on stage.
If you want to know more about Noh, check the lineup of items published from Nohgaku Shorin, a publishing house specialized in Noh.
It also stocks the audiovisual materials such as CDs, DVDs and cassette tapes that non-Japanese speakers can enjoy, as well as a variety of Noh props and stationary goods.