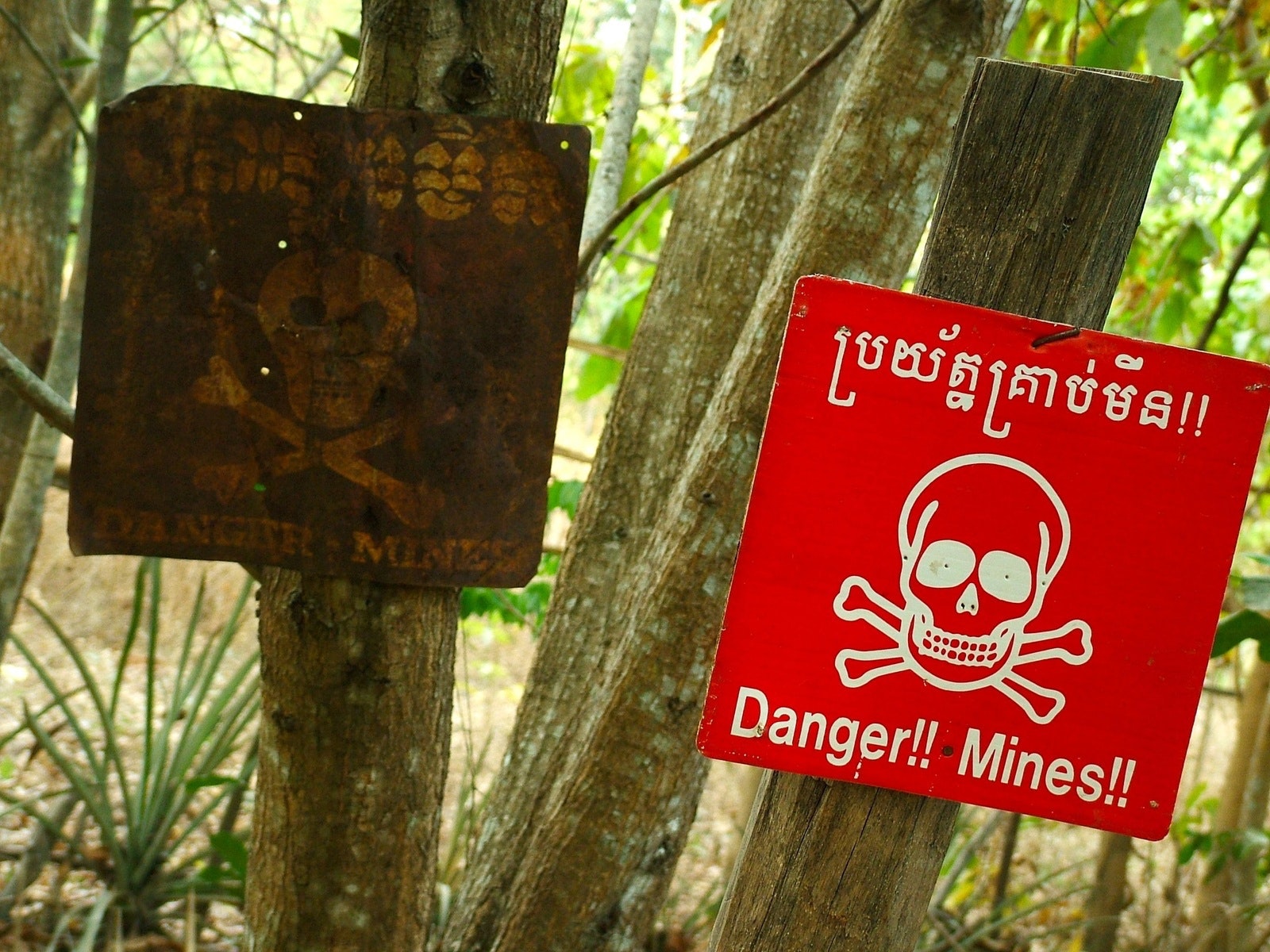 Shigeru Takagi was previously enrolled in the Japan Ground Self-Defense Force (JGSDF).
While serving in the JGSDF, he requested to participate in peace-keeping operations but unfortunately denied permission to do so.
After retiring, he was invited by his previous boss to work for the Japan Mine Action Service (JMAS).
He currently works clearing mines in a village in Cambodia near the border of Thailand.
You can see the current mine situation in Cambodia and listen to Shigeru Takagi in an interview in this video.

Even now, Cambodia suffers as a result of the civil war.
In the late 1900's, around 2 million people were killed in Cambodia during Pol Pot's totalitarian regime.
Currently, there are thought to be approximately 7-10 million former Soviet Union and Chinese land mines buried across the country.
Even now, after the war has ended, children are unable to play freely outside, as the mines pose a huge risk to their safety.

From 1:13 in the video, you can see children studying in an elementary school surrounded by land mines.
Shigeru Takagi has helped remove land mines from places where people are at risk of being injured.
He plans to continue removing land mines in the hope of eventually clearing Cambodia of mines completely.

From 2:02 in the video, you can see women wearing heavy safety clothing and helmets (weighing approximately 10 kg) searching for land mines in the scorching 35℃ weather.
After a land mine is found, the area is taped off for safety and the mine is detonated.
You can see an explosion at 2:32 in the video.

As you can see from 2:45 in the video, Shigeru Takagi not only participates in mine-clearing activities but also teaches how to safely remove buried land mines.
He currently teaches courses for Cambodian citizens and explains things, such as the differences between anti-tank land mines and anti-personnel land mines.

Shigeru Takagi talks of the importance of not only removing the mines but also of working with the government to support people who have been injured by the mines.
He also expresses that he hopes the number of mine-clearing vehicles and devices will increase, in order to speed up the mine-clearing process.

This video was created by Kyodo News. It features Shigeru Takagi who is currently participating in mine-clearing activities in Cambodia.
At the end of the video, Shigeru Takagi expresses his gratitude for being given the chance to participate in this huge project and says he has no regrets about joining.

We hope through this video you learned more about the current land mine situation in Cambodia and about one Japanese man's efforts to bring peace to the country.
The Japan Mine Action Service is currently still looking for more volunteers.
If you were moved by the information in this article and would like to contribute towards mine clearance in Cambodia, consider supporting the Japan Mine Action Service!