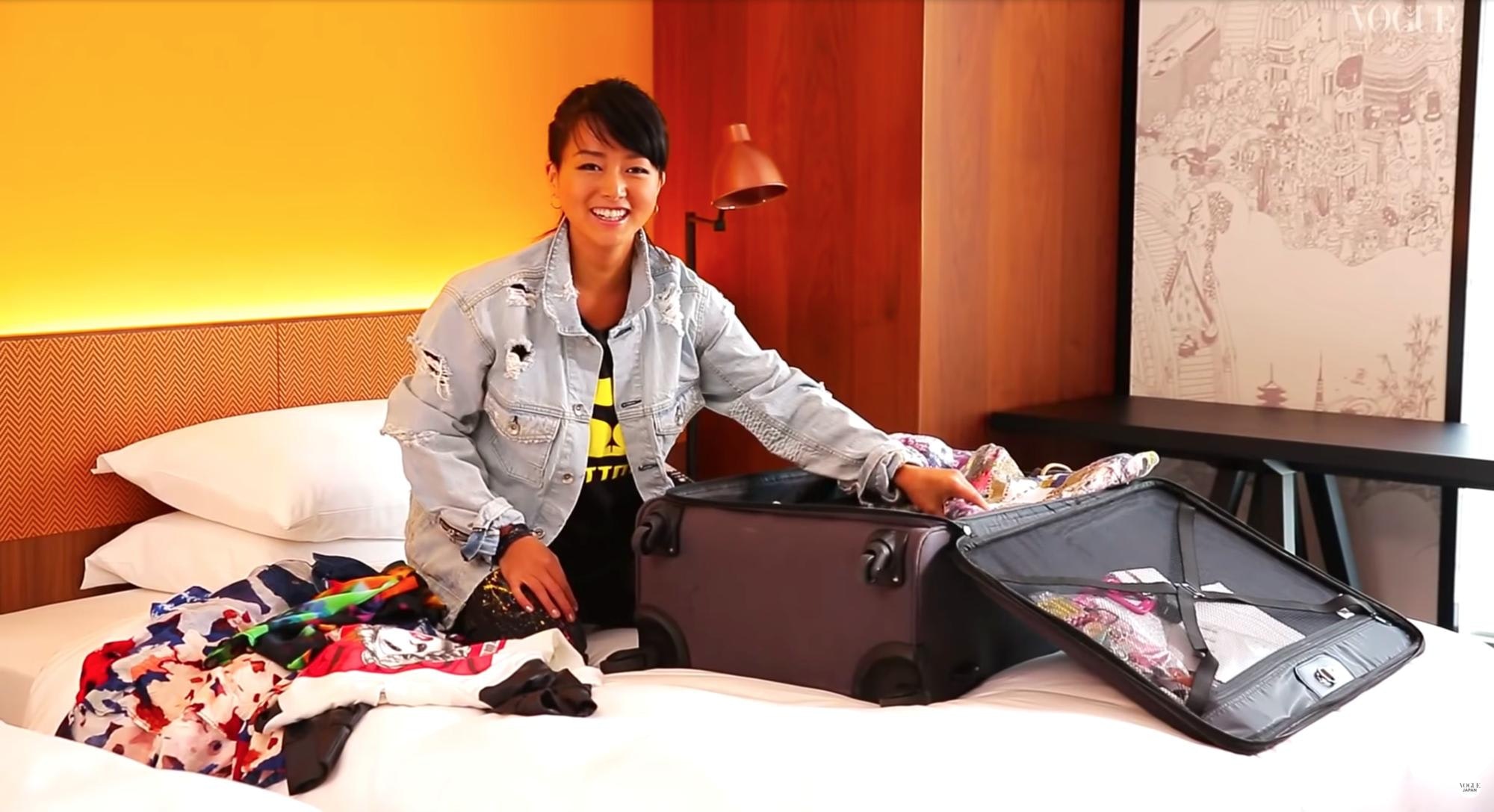 This video, titled "Sukezane Kiki Prepares for Her Trip! What's Inside the Hollywood Actress' Suitcase?!" (ハリウッド女優の豪快な旅支度。祐真キキのスーツケースの中身とは？), was released by "VOGUE JAPAN."

Sukezane Kiki is attracting worldwide attention as an actress who achieved the American Dream.
What kind of talent is the Japanese Hollywood actress who has starred in hit American TV dramas?
In this article we'll take a look at her career and what she's up to, as well as what's inside her suitcase!

The Career and Activities of Sukezane Kiki!

Sukezane Kiki, real name Sukezane Kie, is a Hollywood actress from Kyoto.
During her second year of high school, she moved to the United States alone, where she worked on humanitarian and environmental issues.

When she was 23, she moved to Los Angeles, auditioning for a wide range of roles.
Then, in 2015, she gained popularity when she was selected to play Miko Otomo, a main role in the American NBC TV drama "HEROES REBORN."

She reportedly learned English through her boyfriend's after moving to the US, but they have apparently separated and she now lives with a different man.
In 2019, it was reported that she was diagnosed with acoustic neuroma and had surgery to remove a tumor.

Sukezane Kiki, with her bewitching looks, has appeared in movies, dramas, and commercials, including the popular American TV drama series "HEROES REBORN."

One of the charms of Sukezane Kiki is her beautiful, dance-like sword fighting and action moves.
Sukezane Kiki comes from a family of Kyoto samurai, and she's no stranger to action filming.
Sukezane Kiki appears in "HEROES REBORN" as well as in the Netflix drama "Lost in Space." Be sure to check it out!

he video showcases the contents of Sukezane Kiki's suitcase when she went overseas.
It's packed full of various things, such as her party bag shown at 1:08, and the alarm clock at 1:22.
There are also scripts, souvenirs, sweets, and fashionable makeup tools.

Did you enjoy learning about Sukezane Kiki, the popular Japanese actress active in Hollywood?

You can find out more about Sukezane Kiki's personal life on her Instagram.
Be sure to check out the popular Japanese actress Sukezane Kiki!