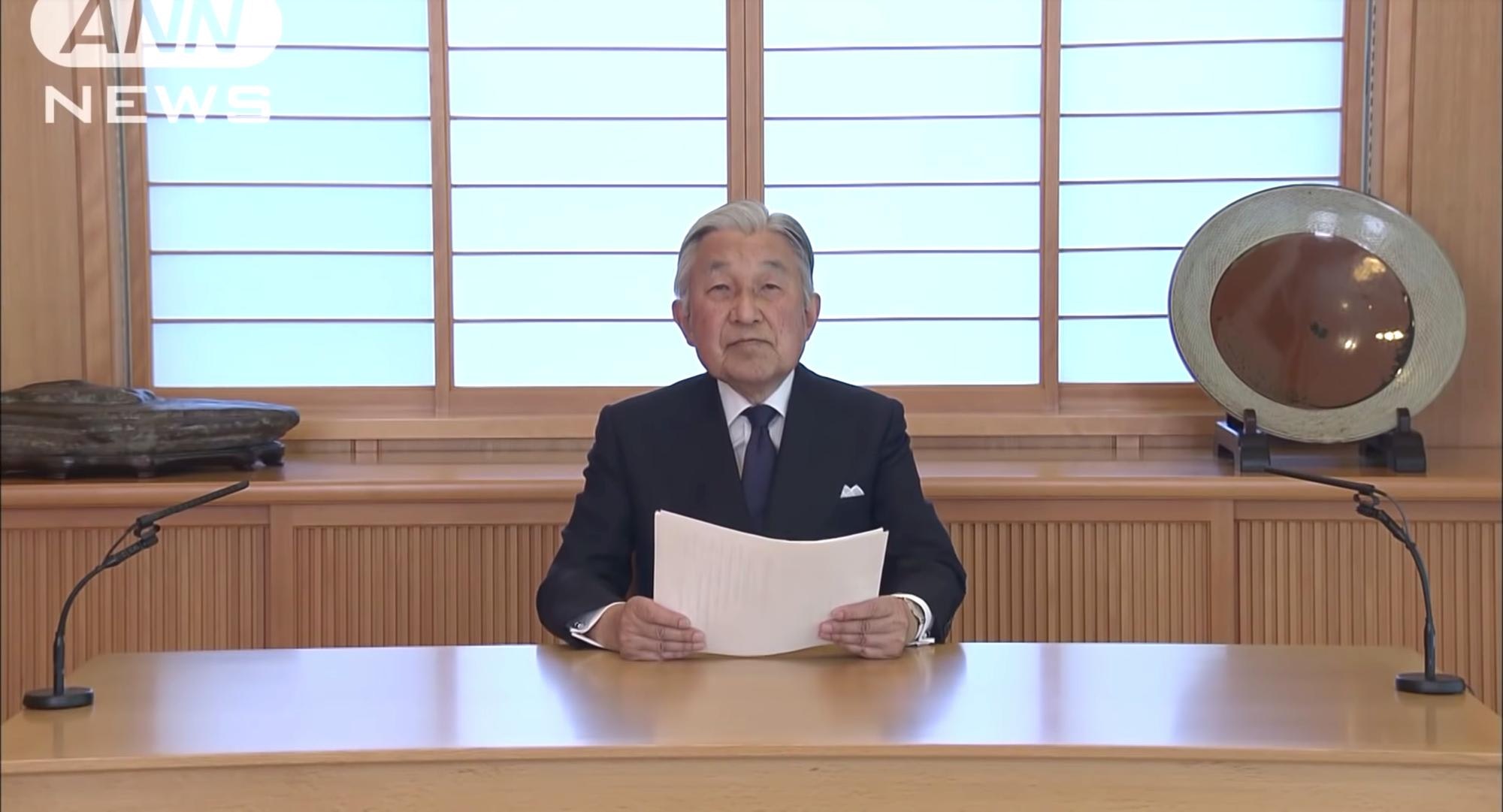 The Televised Address of Emperor Akihito

The video this time is the televised address that was made by Emperor Akihito.

He released the video to the Japanese citizens on August 8th, 2016.
He expressed his thoughts, attracting a lot of attention not only in Japan, but also abroad as well.

What Was the Televised Address About?

In the video, Emperor Akihito , the 125th emperor of Japan, expressed his desire to retire from his official duties.

To summarize his feelings, he was prompted to consider abdicating before his death due to the fact fact that his age (82 at the time) was making it difficult for him to serve the nation as the symbolic emperor.

Photo：General visit to the Imperial Palace

Subsequently, after extensive discussion, the abdication of the Emperor was approved by amending the laws of the Japanese Constitution to allow him to abdicate during his lifetime.
In June 2017, the Special Imperial Household Law on the Abdication of the Emperor and Other Matters was promulgated and came into effect on April 30, 2019.

Accordingly, on April 1, 2019, Chief Cabinet Secretary Yoshihide Suga announced the new era name, "Reiwa." The abdication of the throne took place on April 30, and on May 1, Crown Prince Naruhito ascended the throne as the new Emperor of Japan.

The video message from Former Emperor Akihito, introduced here, expresses his feelings regarding his reasons for abdication.

With His Majesty's decision to abdicate, the succession to the throne and the transition from "Heisei" to "Reiwa" proceeded smoothly in a harmonious festive atmosphere.