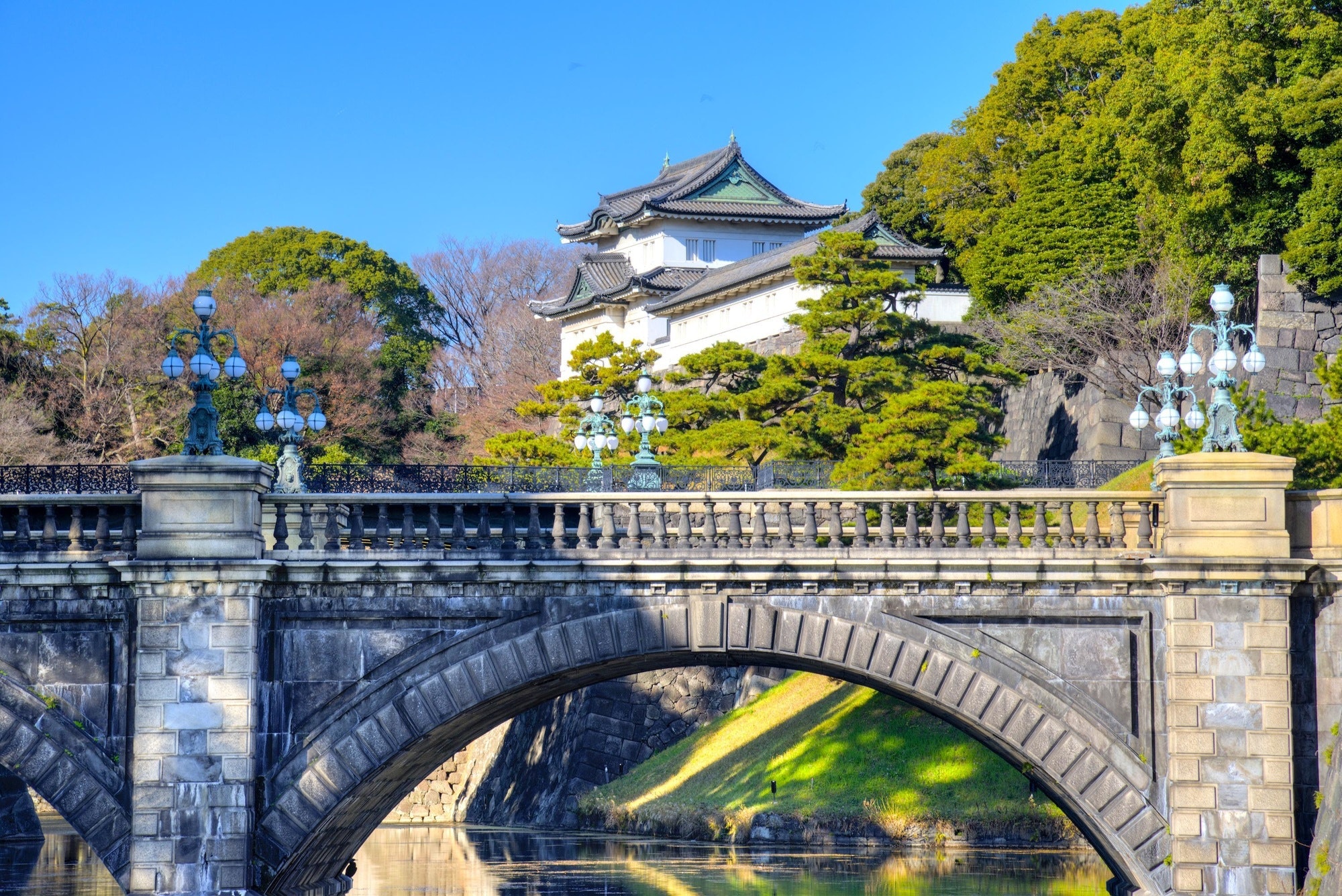 English Tours at the Imperial Palace

This is an informational video released by "Tokyo MX" in 2018, introducing English tours of the Imperial Palace, a central city landmark that is gaining popularity among foreign visitors to Japan.

Asakusa (浅草, Asakusa), Odaiba (お台場, Odaiba), Shibuya (渋谷, Shibuya) and Ueno (上野, Ueno) are famous for their central Tokyo attractions, but in recent years, the number of foreigners visiting the Imperial Palace has been on the rise.
In response to the growing demand for inbound tours, the Imperial Household Agency, which oversees the Imperial Palace, has introduced English tours for foreigners for the first time, in addition to tours in Japanese.

A Look at the Imperial Palace

The Imperial Palace is where the Emperor of Japan usually spends his time. It was called "Kyujo," "Kojo," and "Kogu" in the past.
The current Imperial Palace, located in Tokyo's Chiyoda Ward (千代田区, Chiyodaku), is built around the ruins of Edo Castle and consists of the Imperial Palace, the residence of the Emperor, and a palace for various events and political affairs.

The English Tours of the Imperial Palace

The English-language tour will take you on a 2-kilometer course along the south side of the Palace.
You can visit the Imperial Household Agency building and historical sites on foot with a guide from the Agency's staff.
You can see an actual guide at 0:47 in the video.

In this approximately one-hour tour, you can see a garden reminiscent of the Edo Period and the iron bridge at the main gate, along with Fujimi Tower(富士見櫓,Fujimiyagura) that stands atop a stone wall, and the palace where general New Year's ceremonies and other imperial events are held, as introduced at 1:29 in the video.

The guide's explanations are easy to understand for foreign visitors to Japan, so don't be shy about joining in the tour.
You can hear opinions of those who participated in the tour at 1:06 and 2:32 in the video.

Summary of English Tours at the Imperial Palace

Photo：Moat of the Imperial Palace

The sights of the Imperial Palace shown in the video are definitely worth seeing in person.
If you're thinking of applying for the English tour, be sure to visit the link at the bottom of this article to access the official site of the Imperial Palace.
The site provides an overview of the English tour application process, a tour schedule, and a map of the facilities.