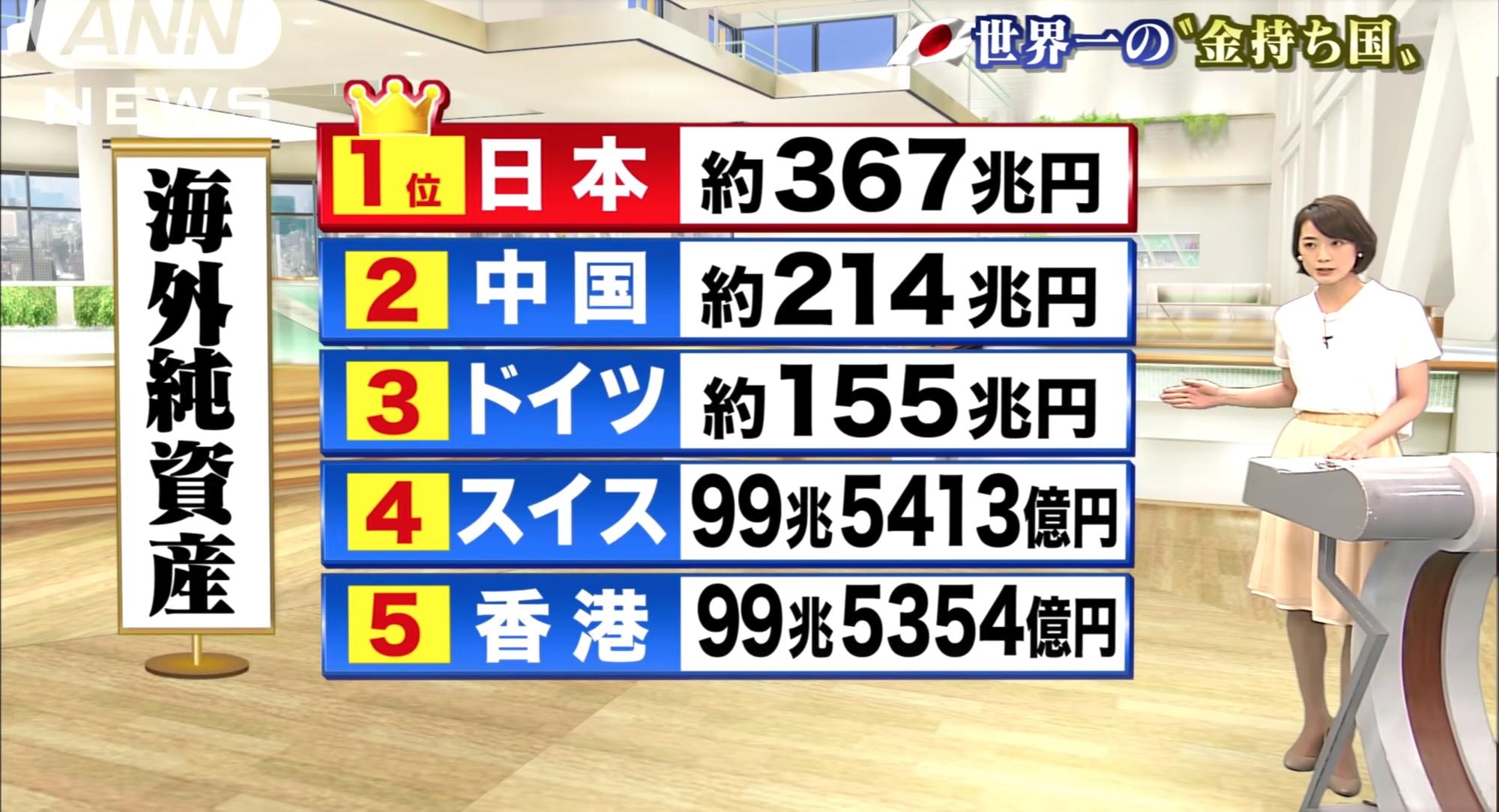 Japan has been the "wealthiest country" for 24 years?!

This news report is about Japan staying at the top of the list of wealthiest countries in the world for continuous years. “Net Foreign Assets” is defined as the value of foreign assets owned by Japan's government and its companies, minus liabilities. So what exactly do they mean when they state that Japan is the wealthiest country in the world? Let’s look at some of the details.

What exactly is a “Net Foreign Asset”

At 0:06 in the video, Net Foreign Asset are explained. Essentially, it is the amount of the foreign assets owned by a nation minus liabilities. Surprisingly, Japan has 367 trillion yen worth of Net Foreign Assets, and it is the largest amount in the nation’s history.

This means that Japan owns many external assets in foreign countries, such as security and foreign investments.
From 0:23 in the video, the Minister of Finance in Japan, Taro Aso, is seen speaking in an interview. Aso states, “Net Foreign Asset is crucial” at the Ministry of Finance.

As explained at 0:19, the Top 5 countries in terms of Net Foreign Asset goes Japan first, followed by China, Germany in third, Switzerland in fourth, and Hong Kong in fifth according to 2014 data.

How Japan Has Continued to Own the Most Foreign Assets in History, and Remained the “Wealthiest Country in the World”.

There are several reasons why Japanese foreign assets have been increasing and why Japan has remained the most wealthy country in the world. As the yen depreciates, the amount of receivable yen-denominated shares and bonds has increased.

Another reason why Japan's foreign assets have increased is because there are more Japanese companies starting foreign investments. Overseas liability is also on an upward trend as more foreigners have begun investing in Japanese stocks.

Japan as the wealthiest country