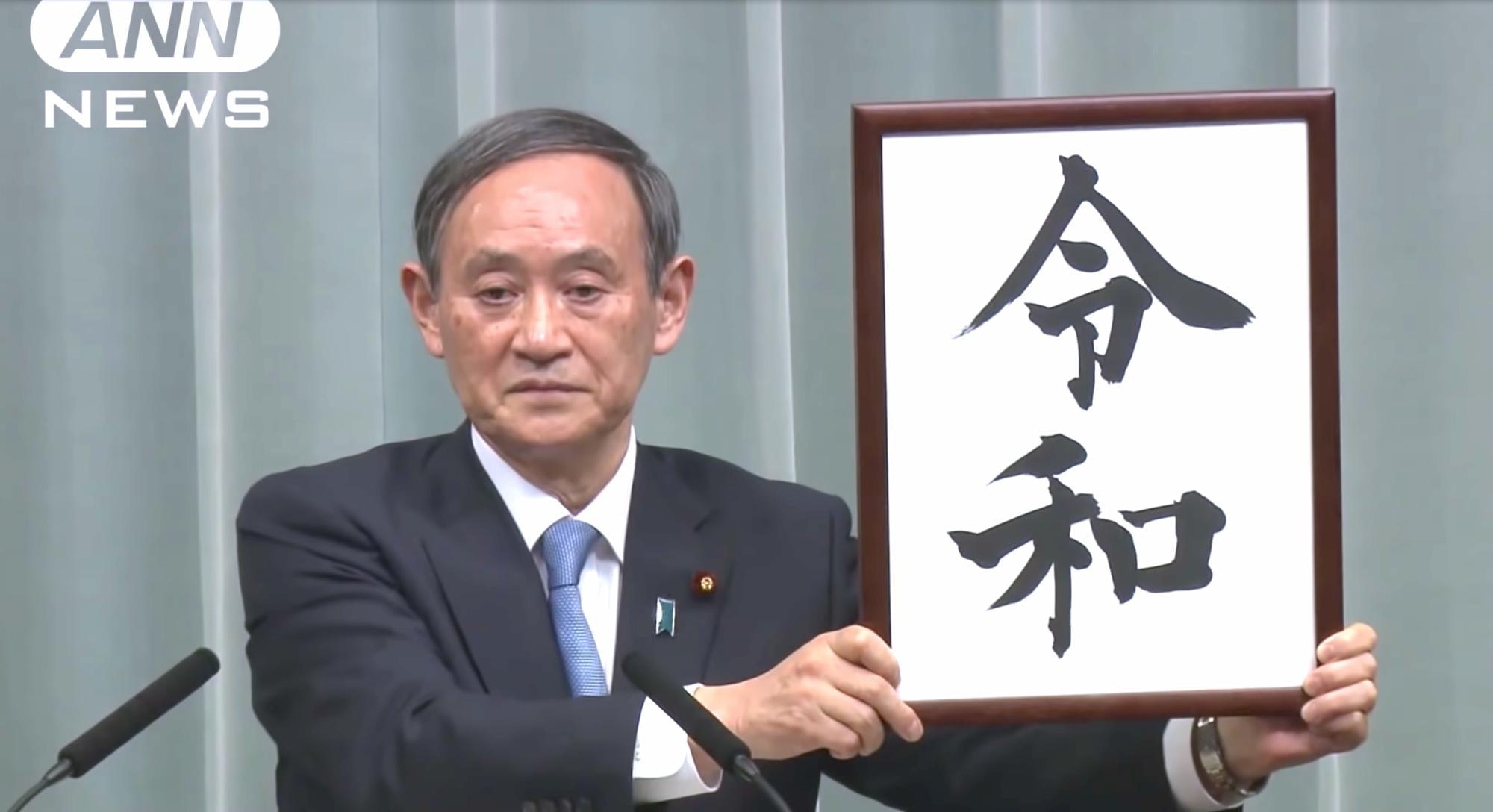 The Announcement of the New Era Captured on Video!

On May 1st 2019, a ceremony was held to announce to the public the new era name, which would be changing from Heisei to Reiwa in accordance with the enthronement of the new emperor.

The Announcement by the Chief Cabinet Secretary

A special exemption of the Imperial House Law concerning abdication of the Emperor was passed to allow the former emperor to step down from the position early (normally emperors in Japan serve until death).

50 seconds into the video you can see the scene where Chief Cabinet Secretary Yoshihide Suga raises the placard displaying the new era name "Reiwa". This scene was shown countless times on news programs and the majority of people in Japan are likely to remember it.
The room, packed with the press, was filled with the sound of shutters closing as the Chief Cabinet Secretary held up the work of calligraphy displaying the new era name "Reiwa".

Source and Selection of the New Japanese Era Name

Before the announcement of the new era name on April 1st, all cabinet ministers attended a meeting to make a final decision together.

Chief Cabinet Secretary Yoshihide Suga explains during the press conference that the new era name was taken from an 8th century collection of Japanese poetry called Manyoshu , specifically the poem "Baika no uta".
He also expresses his hopes that the new era, name taken from classic Japanese literature, is widely accepted by the public.

What Are Japan's Era Names?

For a long time both the Japanese and Western calendar have been used in Japan.

The Japanese era name was first used in the Asuka period (592-710AD) starting with the Taika era, more recently there has been the Showa era from 1926-1989 AD, the Heisei era from 1989-2019AD and now Reiwa has become the 248th era name to be used in Japan.
In the past, the era name frequently changed, however more recently it has been established that only one era name shall be used for the entire reign of one emperor.

The Announcement of "Reiwa"

The era name is something that is very important TO Japanese people.
Many people all over the country tuned in to witness the eagerly awaited announcement of the new era name.

After the press conference with the Chief Cabinet Secretary Yoshihide Suga on April 4th, a message from Prime Minister Abe Shinzo was also broadcast live on television.
May 1st marked the end of the Heisei era and beginning of the Reiwa era, coinciding with the abdication of former Emperor Akihito and the enthronement of his son, the new Emperor Naruhito.