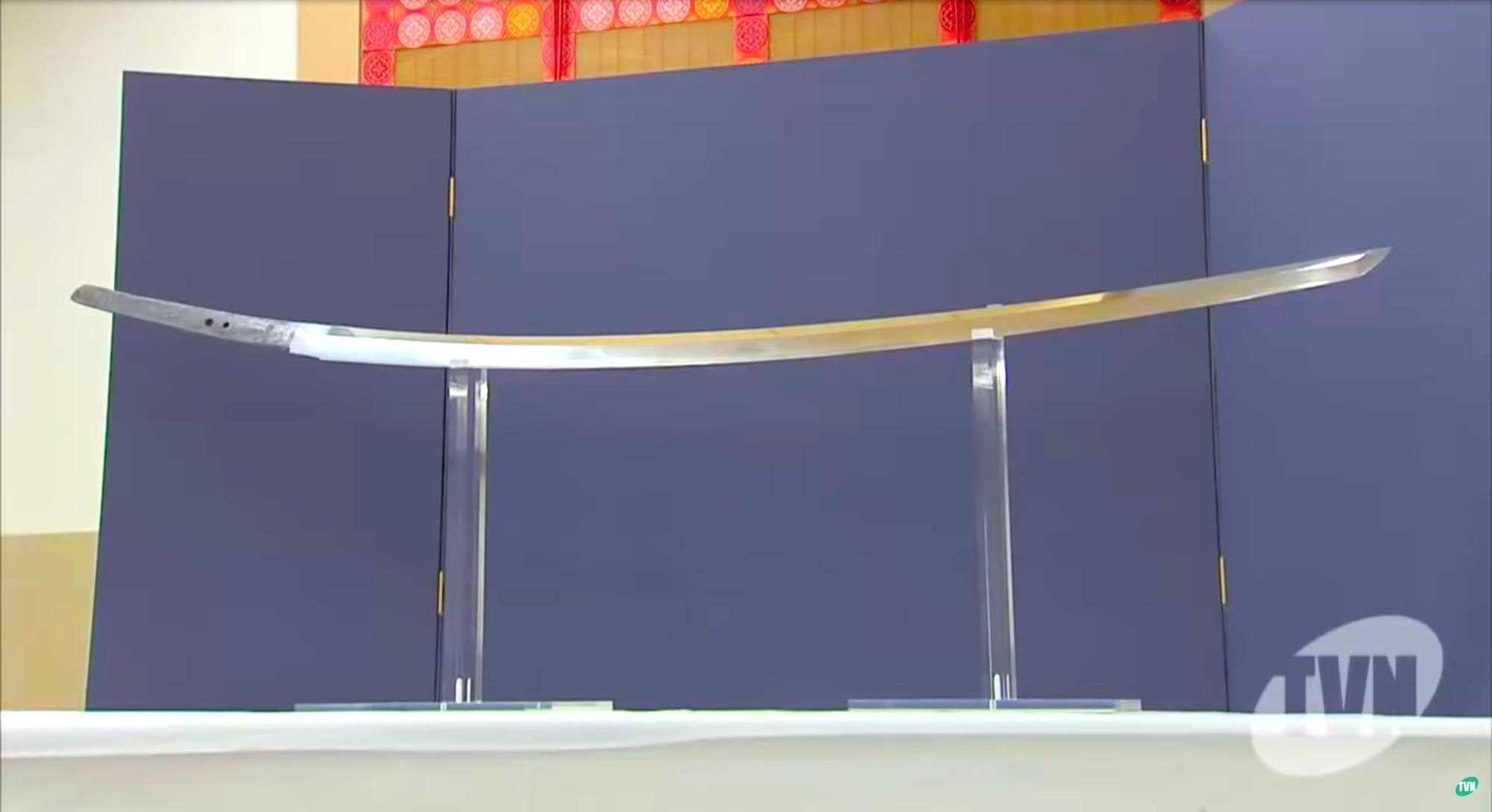 Check Out This News Video About One of Japan’s Oldest Swords!

After careful examination, it was discovered that this ancient sword was made in Houkinokuni, which is the current Tottori prefecture, and it is possibly the oldest example of Japanese sword-smithing in Japan today.
We would like to introduce information surrounding this sword alongside this news broadcast.

More About the Famous Sword "Kuro-Urushi-Yamagane-tachi" Which Was Discovered in Kasuga-Taisha, Nara Prefecture

The sword which is kept in the treasury of Kasuga-taisha and is known as Kuro-urushi-yamagane-tachi (black-lacquered mountain-iron blade) was made in the late Heian period (around 1185 AD).
It was discovered during a structural renovation of the temple's treasury in 1939 and is now nationally recognized as an important work of art.
You can take a look at Kuro-urushi-yamagane-tachi at 0:13 in the video.

Every 20 years Kasuga-taisha undergoes renovation and it was when the sword was being cleaned and repaired that it was found out to have been made in the mid to late 12th century, making it one of the oldest swords in Japan.
The curved shape of the blade is what helped identify which century the sword was made in.

The area of the blade near the handle is curved and the tip is straight, a style typical of ancient Japanese swords.
It is a real blessing to find the sword in such a good state, along with it's case which shows characteristics of 14th century craftsmanship, leading to the hypothesis that this sword was a precious samurai family heir loom which had been passed down for years and years.
You can see the case at 1:17 in the video.

Kasuga-taisha is a shrine which was built in Nara prefecture in 768 AD. There are approximately 1000 Kasuga shrines in Japan and Kasuga-taisha in Nara is known as the grand shrine and the most important of them all.
Kasuga-taisha is known for bringing good luck and happiness in marriage and we highly recommend receiving a stamp or good luck charm (omamori) from the shrine.

Many events are held at Kasuga-taisha such as the Kasuga Wakamiya-On Festival (春日若宮おん祭, asugawakamiyaonmatsuri), the Buddhist Lantern Festival (万灯篭, mandoukago), and the Iris Festival (菖蒲祭, shoubumatsuri). We also recommend visiting during fall to see the beautiful changing colors of the leaves or in spring when the wisteria are in full bloom.
There are also many spots in the area where you can go for lunch or grab something to eat!

Kasuga-Taisha, Home of One of the Oldest Swords in Japan, Introductory Video Summary

As you can tell from you the video, Kasuga-taisha is attracting a lot of attention since a famous sword was discovered there in 2018.
The Kasuga-taisha Museum (春日大社国宝殿, kasugataisha kokuhouden) is home to many famous artifacts such as Dadaiko and for a limited time, other famous swords such as Hizamaru and Higekiri are on exhibition at the shrine.

Kasuga-taisha in Nara is gaining popularity as a sightseeing spot with both Japanese and foreign tourists.
Due to events and festivals being held, there are times when it may not be possible to pray at the shrine, so we recommend checking out the official home page before visiting.