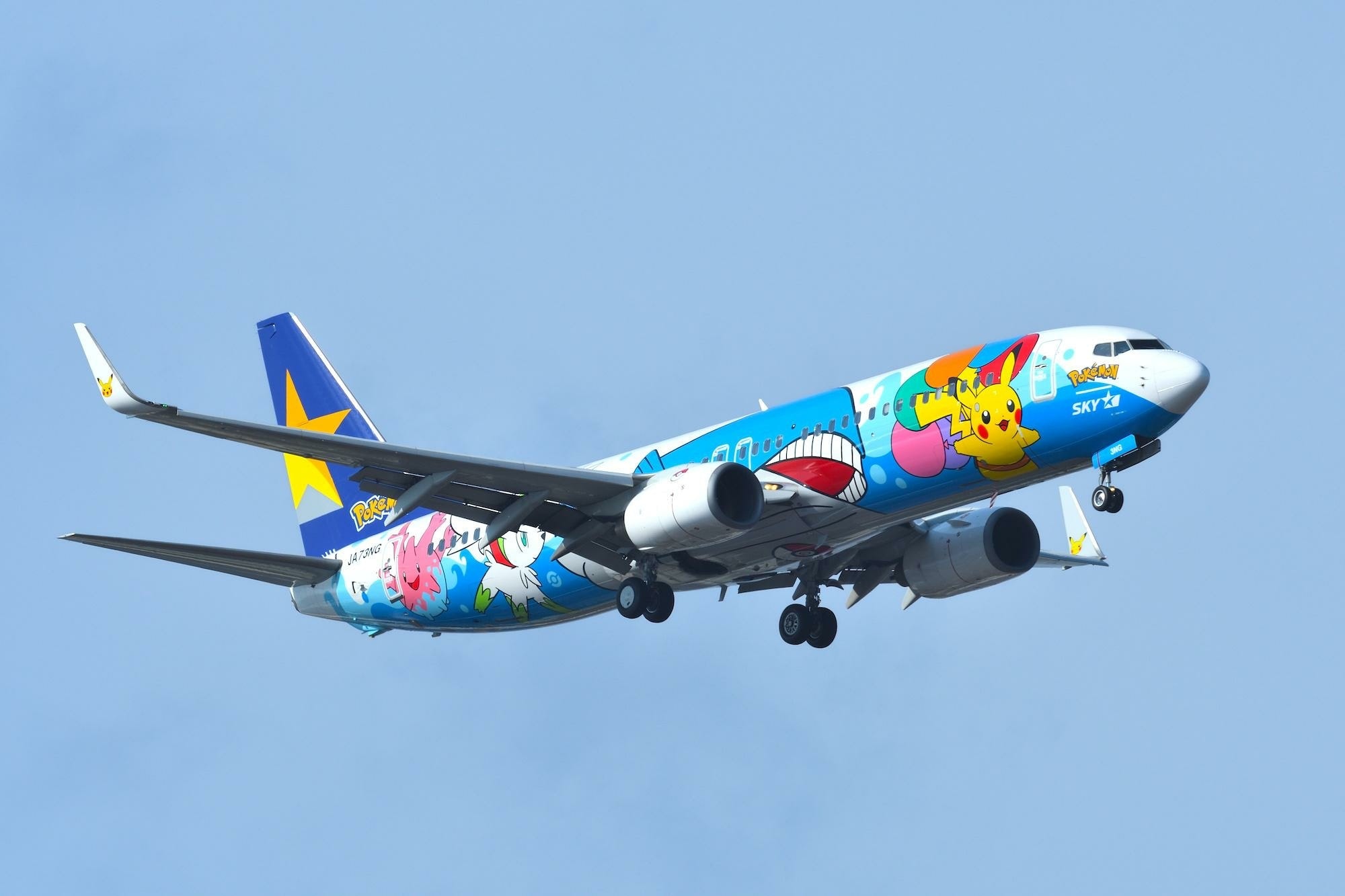 This video, titled "[SKYMARK]☆Pikachu Jet BC2 Inaugural Video" (【SKYMARK】☆ピカチュウジェットBC2 就航記念動画☆), was uploaded by "- SKYMARK CHANNEL -" (スカイマーク チャンネル - SKYMARK CHANNEL -). This video introduces the BC2, the second aircraft of the "Pokémon Air Adventures" project, from its arrival at Haneda Airport to its first flight.
The cute design of the Pikachu Jet with the image of the sea and Pikachus scattered throughout the cabin will help hype up your trip. Check out the video to see the Pikachu Jet's takeoff and landing, as well as a look inside the aircraft.

About the Pikachu Jet BC2 and an Overview of the Cabin

The first Pikachu Jet (BC1) began service in June 2021 as part of the "Pokémon Air Adventures" Project. This video introduces the second Pikachu Jet, the BC2, which entered service on May 30, 2022.

Pikachu, the famous Pokémon character, has been featured in video games and anime to express the joy of adventure. The "Pokémon Air Adventures" project was created with the aim of promoting the aviation and tourism industries with such Pokémon.

The Pikachu Jet flies primarily to and from Okinawa and to airports served by Skymark flights.

The design of the Pikachu Jet BC2 is inspired by the Okinawan sea. The design is fun and cute, with a large Wailord, Pikachu, Shaymin, Magikarp, and other Pokémon all over the aircraft! It's really photogenic and great for taking Instagram photos!

Commemorative medals, mini pouches, and model planes are available for purchase on board the Pikachu Jet as well. There is also a special offer where children will receive a keychain plush of the specially painted plane (while supplies last).

Pikachu can even be seen making an appearance in the Skymark uniform!
[Video] 0:42 - Pikachu and the Pikachu Jet

Operation Schedules and How to Ride the Pikachu Jet

The main routes served by the Pikachu Jet BC2 are as follows:

At Naha Airport, the Skymark domestic flight counters and check-in machines are decorated with Pikachus! If you're a Pokémon fan, be sure to snap some photos.
A special "Pokémon Air Adventures Pikachu Jet" store is also located inside the JAL side of the RYUBO Department Store on the 2nd floor of the Naha Airport Domestic Terminal. You can buy Okinawan souvenirs with a special Pikachu design here.
In addition, airport vehicles will be wrapped in Pikachu-designs to add to the excitement.

All the Pikachus! Yui Rail and Bus Tours!

Pikachu and friends are also on the Okinawa Urban Monorail (nicknamed "Yui Rail") connecting Naha Airport and Urasoe! The operation schedule for this service will be posted on the Yui Rail website every Friday. Be sure to check it out in advance. If you're a Pikachu lover, you can also join the "Pokémon Air Adventures: Okinawa de Asobo" tour. You can enjoy Pikachu to your heart's content by receiving Pokémon goods and touring tourist facilities on a Pokémon-themed bus.

Summary of the Pikachu Jet

This article introduced the specially painted Pikachu Jet. A one-day flight from Ibaraki Airport was also available, but this flight is already sold out.
If you'd like to board the Pikachu Jet, we recommend checking the flight schedule and making a reservation. If you broaden your criteria to include the first plane as well, you'll have an even better chance of getting on the plane. We hope you get the chance to board a Pikachu plane and have an exciting trip!

The Pikachu Jet and other specially painted planes are very popular with airplane/airport photographers, and some people have even posted pictures of the first and second planes together on Instagram. There's even going to be a special collab with Pokémon GO as well, so be sure to keep an eye out for some special Pikachus!