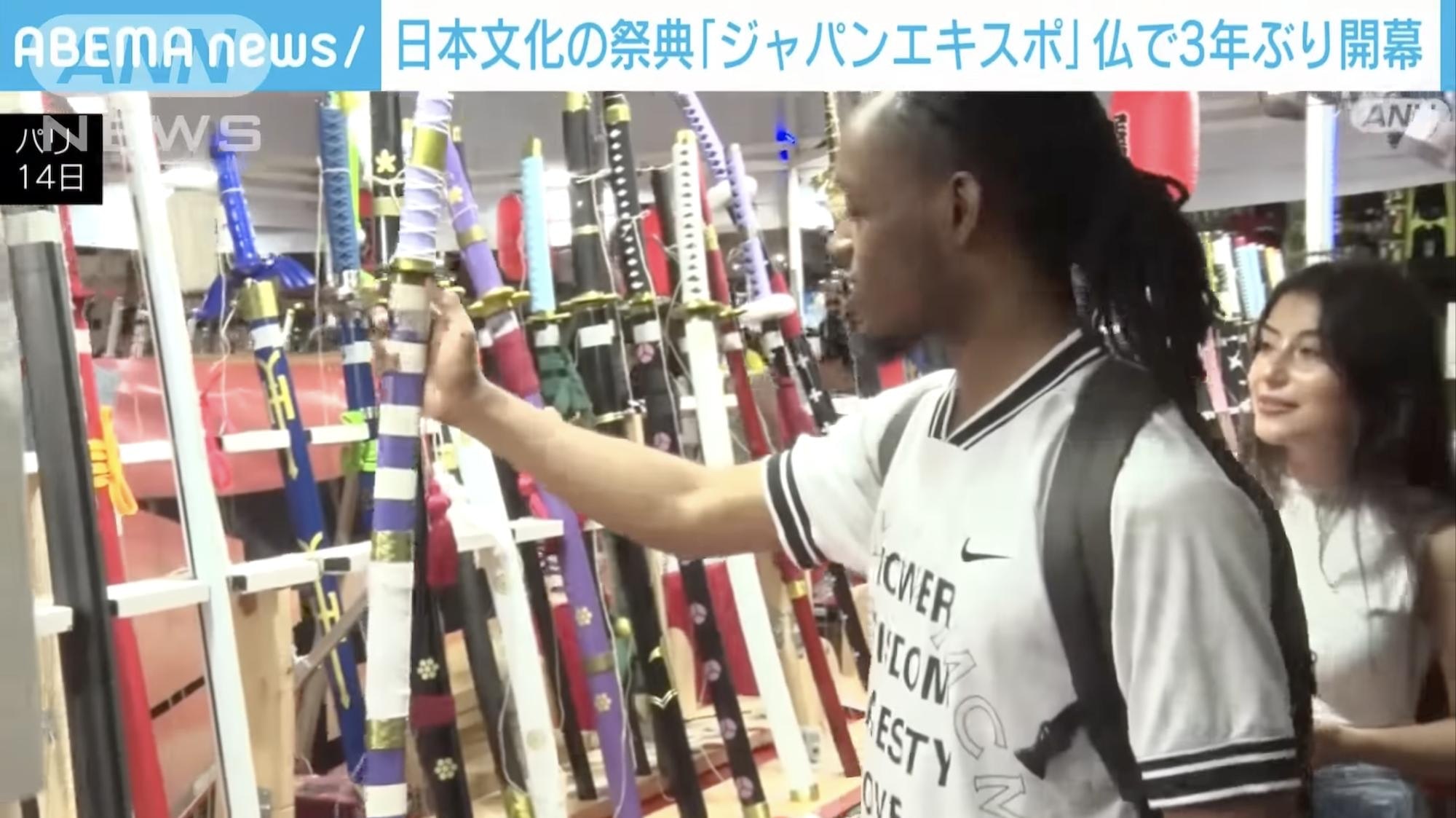 This video, titled "Japan Expo - The Largest Celebration of Japan in Europe, Opened for the First Time in Three Years in France, Drawing More Than 250,000 Visitors (July 15, 2022)" (欧州最大級「ジャパンエキスポ」仏で3年ぶり開幕 25万人超が来場か(2022年7月15日)), was uploaded by "ANNnewsCH." It introduces Japan Expo, an event focused around Japanese culture, such as manga and anime, as well as Japanese food and traditional performing arts, held in the suburbs of Paris.

What Is Japan Expo? The History and Summary of the Exciting Event in Europe!

Japan Expo is a major event that brings together not only contemporary Japanese culture such as anime, manga, and cosplay, but also traditional Japanese folk arts, martial arts, traditional music, and much more.

It's held in France and attracts fans of anime, cosplay, and Japanese culture from all over Europe every year.

The history of Japan Expo dates back to the 1990s. The founders of Japan Expo, Jean-François Dufour, Sandrine Dufour, and Thomas Sirdey, were exposed to Japanese anime culture and gradually became fascinated by Japanese culture as a whole.

With the desire to reach a wider audience, Jean-François Dufour and his colleagues organized an event in France for anime fans, a precursor to Japan Expo.

After traveling to Japan and deciding they wanted to learn more about Japan and share it with other fans of Japan, the first Japan Expo was held in 2000.

Every year, the guests at Japan Expo attract a great deal of attention on the day of the event. In 2022, celebrities from various genres, including manga artists, cosplayers, and animators, participated as guests. Here are a few of them.

In addition to artists, Japanese and local companies alike had booths where visitors could purchase goods and traditional Japanese crafts. For Japan lovers, this event has tons of exciting attractions.

Cosplayers and More: A Look Inside Japan Expo Paris

Japan Expo Paris has been held since 2000; the 2019 event attracted a record 104 artists and achieved the highest sales in its history.

There were high expectations for the following year's event, but due to the novel coronavirus, it was cancelled in 2020 and 2021. While many fans were saddened by this, the event was held for the first time in three years in 2022.

Japan Expo 2022 was a huge success, attracting a whopping 250,000 people over the course of four days!

Many cosplayers attended the much-anticipated Japan Expo. There were also cosplayers of anime such as Demon Slayer, Tokyo Revengers, and the ever-popular Dragon Ball, which have been extremely popular in recent years.

In the video, you can see people enjoying the long-awaited Japan Expo.

Japan Expo Paris is a celebration of Japanese culture and was held for the first time in 3 years in Paris, France after record sales in 2019. The event attracts Japan fans not only in Europe but from all over the world.

This event is a great opportunity to meet Japanese artists, as well as cosplayers, allowing people to take photos with many of their favorite characters to share on Instagram and other social media sites.

The event is immensely popular among YouTubers and fans, and the atmosphere of the venue has also been covered by international media, showing just how popular it really is.

Seeing the enthusiastic atmosphere at the event, people who've never attended before will definitely be interested in attending next year's event.
Tickets are required to enter Japan Expo. In addition to advance tickets, tickets can also be purchased on the day of the event.

In addition, a limited number of VIP tickets are also available, including special tickets that allow prior admission and tickets that include participation in handshaking events, so we recommend purchasing tickets in advance if you want to enjoy the event to the fullest.