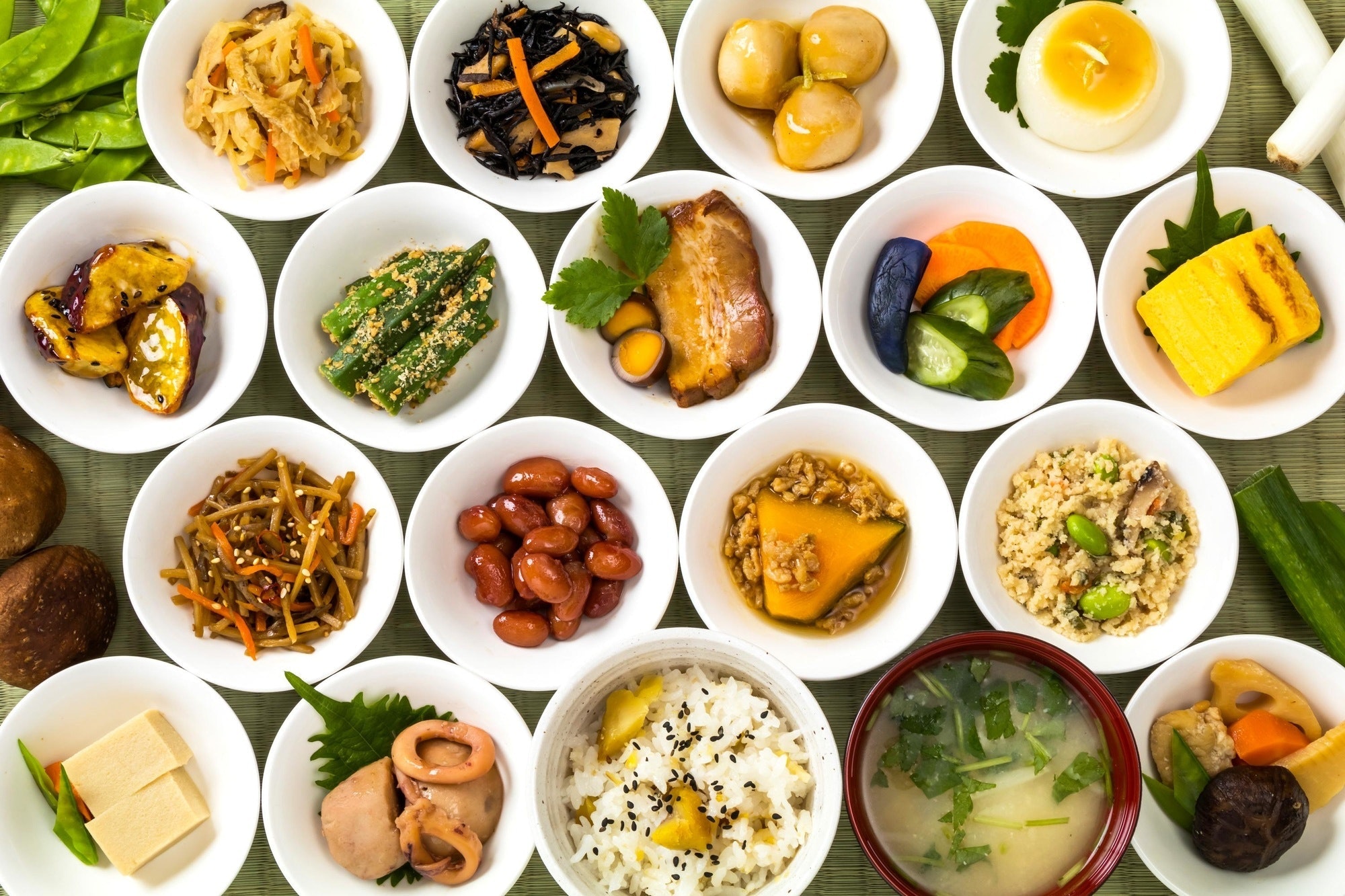 As shown in the video, "Washoku: Traditional Dietary Cultures of the Japanese" (「和食 日本人の伝統的な食文化」) was formally approved to be added to UNESCO's Intangible Cultural Heritage list at a meeting of the UNESCO Intergovernmental Committee held in Azerbaijan in 2013. You see the moment of the announcement in the video around 0:05.

The fascination with washoku is, as shown in the video at 0:30, it's beauty.
Japanese cuisine is characterized by its beautiful display, respect for nature, and how healthy it is, which led UNESCO to place it on its Intangible Cultural Heritage list.

What Is Washoku? The History and Style of the Dishes

The history of Japanese food dates back to the Yayoi period (~300 B.C - ~250 A.D.), more than 2,000 years ago, and by the Asuka period, the unique Japanese diet, consisting of main dishes (主菜, shusai), side dishes (副食, Fukushoku), and one soup, three sides (一汁三菜, Ichiju-sansai), had already been established.

What is a UNESCO Intangible Cultural Heritage?

Some examples of this include the gastronomy of France, the Mediterranean cuisine of Spain, Italy, Greece and Morocco, traditional Mexican cuisine, and the Ceremonial Keşkek tradition of Turkey.

As you can see in the video, Japanese food culture, which has been around since ancient times, has been recognized by the world and is attracting a great deal of attention.

When you're visiting Japan, be sure to stop by a Japanese restaurant and enjoy the delicious food of an itamae chef!
There are websites that offer instructions on how to make Japanese food, so you can use the recipes as a guide to make nutritious and balanced Japanese food as well!