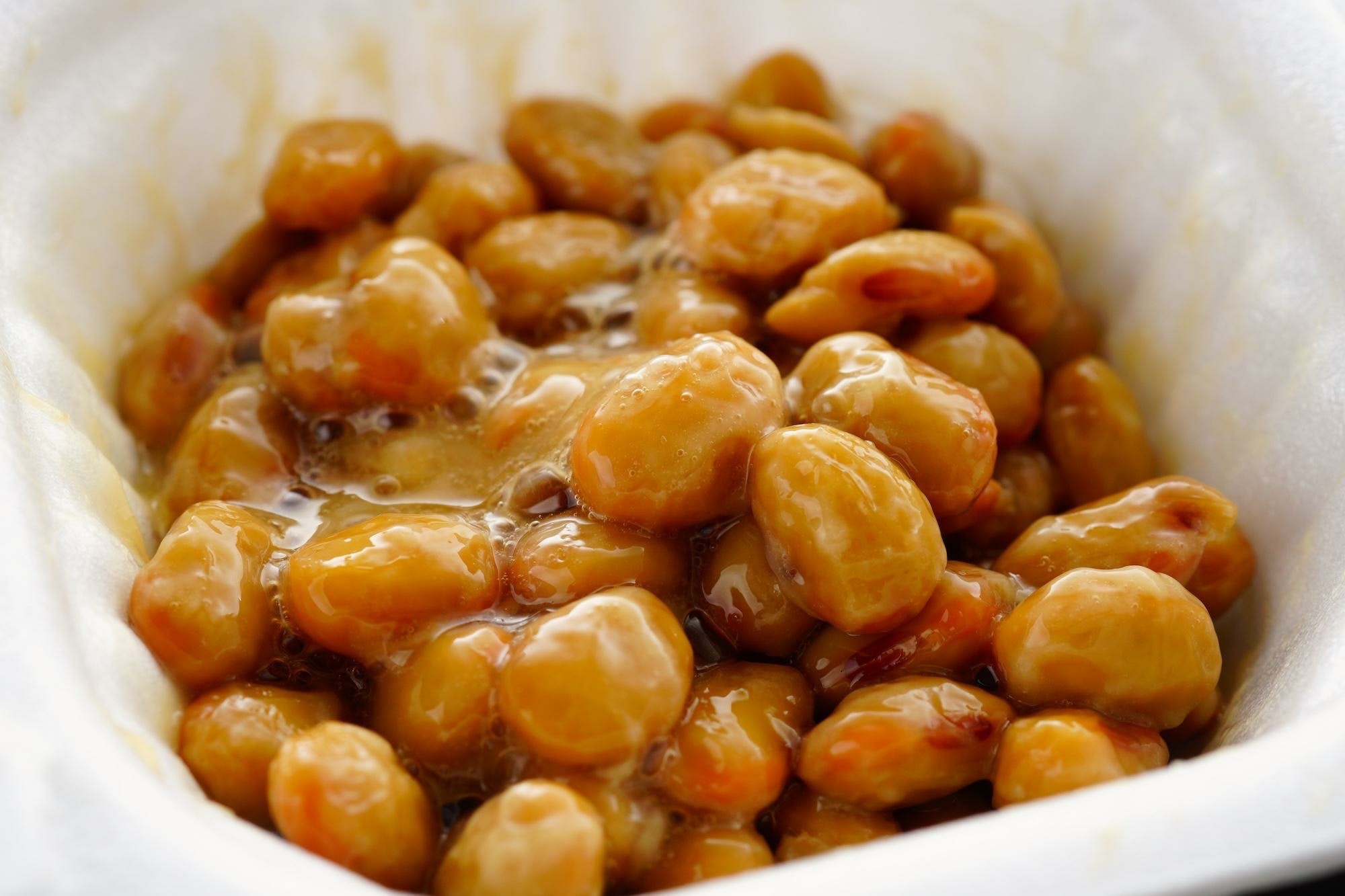 This video, titled "How to make a Delicious Japanese "Kyo-Natto" Amazing "Natto" Master in Kyoto Japan![ASMR][DELI BALI]," was uploaded by "DELI BALI."
This series features Kyo-natto, a popular product in Japan's Kansai region, made by Fujiwara Foods, near Kuramaguchi Station in Kyoto. Check out the video below to see how the delicious Kyo-Natto is made.

Red Soybeans - One of the Many Varieties of Soybeans!

Among the many varieties, red soybeans are a rare variety with few farmers growing them. Their nutritional value and flavor are superior to those of other varieties, and they are highly sought after.

One problem many people have with natto is that the soybean skin remains in their mouth even after they've finished eating. The skin of red soybeans is so thin that it easily passes through the teeth, and the texture is pleasant, so the skin does not remain in the mouth. Also, because of its strong umami flavor, many recipes have been published for people who want to taste the full flavor of the bean, such as nimame (boiled soybeans).

In addition to the sweet nimame, there are many other ways to enjoy soybeans, such as boiled in salted water, served with rice, or with spinach and tofu dressing. There are many different recipes to try out. In this video, red soybean natto is used as an ingredient.

The process of making red soybean natto begins with the artisan's hand washing of the beans. The beans are gently washed by hand and soaked in water until they are about twice their original size.

From there, the red soybeans are cooked in a pressure cooker. In the video, you can see the pressure cooker, which is full of Fujiwara Foods' commitment and history. After the beans are cooked, natto bacillus is immediately sprayed on the beans. Before the beans cool down, the natto is packed and left in the fermentation room for another 20 hours before the red soybean natto is finally ready.
President Fujiwara says he never liked natto and did not want to take over his family's business. However, he is now known as a natto maker with fans not only in Kyoto but all across Japan.

Summary of Kyo-Natto, a Natto Made With Red Soybeans

Natto is a food for all genders and ages because of its high quality protein, so much so that it's called "Hatake no Niku" (畑の肉, 'the meat of the fields') in Japan. Furthermore, in recent years, soybeans have been attracting attention from people interested in dieting as a low-sugar food.

Natto is made from fermented soybeans, which makes it even more nutritious. However, as the president of Fujiwara Foods disliked natto, it is a food that Japanese people are quite divided about.
For those who dislike the smell, using spices such as wasabi, garlic, or curry seems to make it easier to eat. Be sure to give it a try if you dislike natto yourself.

Even some natto lovers probably didn't know that there's red soybean natto and green soybean natto, or they may have known about them but have never eaten them.
You'd be surprised at how different the different types of soybeans are. Red soybean natto is on a whole different level from regular natto. Be sure to give it a try!