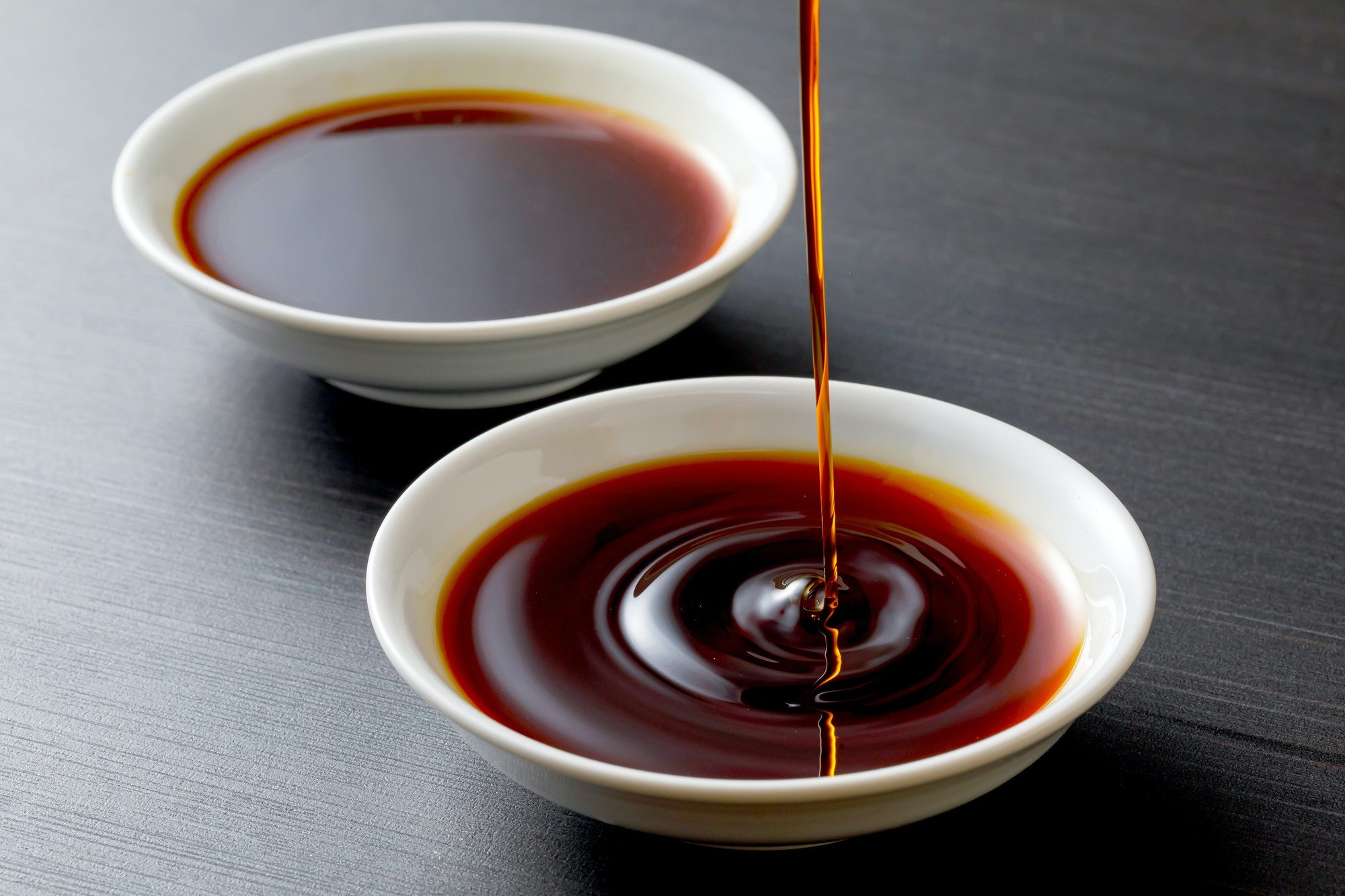 Soy sauce is an indispensable seasoning for Japanese cuisine, which Japan is proud to present to the world.
It is such a versatile seasoning that it's difficult to find ingredients that don't go with soy sauce.
There is a wide variety of soy sauces, and each has a different culture and recipe, from manufacturing methods to raw ingredients.
This time we'll be introducing Katakami Shoyu (Soy Sauce), a long-established brewery in Nara Prefecture.
You can see the deep world of Katakami Soy Sauce that the craftsmen talk about, so be sure to watch the video to see all of the details.

Soy sauce is a traditional seasoning that has been handed down since ancient times in Japan and is made by putting soybeans in a large vat and fermenting and aging them.
Its taste and aroma have attracted a great deal of attention in the world of gourmet cooking.
Katakami Soy Sauce is a long-established soy sauce brewery founded in 1931.
In a quiet village at the foot of the mountain, soybeans from Nara prefecture are used as the main raw ingredient, and craftsmen have handed down the traditional Japanese method of making soy sauce, which involves fermenting and aging soy beans in a large tub made of cedar.
Of course, the soy sauce is additive-free and unadjusted, so it would not be possible to produce without the skills of skilled craftsmen.
The supreme Katakami Soy Sauce made with time and effort can be purchased online.
Also, if you make a reservation in advance, you can even visit the brewery! Be sure to check it out

Katakami soy sauce is made by the same process as traditional soy sauce making, except that it uses soybeans from Nara prefecture and homemade koji mold as an ingredient.
Here, we will briefly explain how to make and produce traditional soy sauce, so be sure to follow along with the video as it's filled with the secrets of soy sauce!

- Making Koji Mold
1. Wheat is roasted until it is charred and then crushed roughly with a pestle.
2. Soybeans are soaked in water overnight and then boiled in a kettle.
3. The soybean broth is discarded and the remains are combined with roasted and crushed wheat.
4. Koji mold is mixed in and left in a room kept at 30 degrees for approximately 3 days (Video: 3:35 ～]
- From here, a container is filled with the mixture in a mountain shape to keep it warm, and when self-heating begins, it is flattened to dissipate heat.
- It's important to be careful with temperature control as the activity of koji mold will stop when the temperature rises above 40 degrees Celsius.
5. When the mixture has a green tinge, it is soaked in salt water.
6. The mixture is prepared at a ratio of soybean 1, wheat 1, 20% salt water 3.
7. The mixture is stored in a cool place, with the whole vat being stirred once every 3 days and being left to ferment for about 2 months. 8. The mixture is aged for 6 months to 1 year (brewing).
9. The liquid is warmed to approximately 70 degrees and sterilized (heat is applied and the production of moromi (unrefined soy-sauce) is complete)
10. It is then spread on a clean cloth, folded, and pressure is applied and it is slowly squeezed out (Video: 4:00 ～]
11. After that they bottle it and it's done!

Katakami Soy Sauce from Nara prefecture, which is currently attracting a lot of attention as a traditional Japanese gourmet seasoning, cannot be mass-produced, so it's recommended to reserve gifts and purchases as soon as possible.
In addition to Katakami Soy Sauce, there are several other well-established soy sauce breweries in Nara prefecture.
Daimon Shoyu (Soy Sauce), which has been in business for over 100 years, is one such brewery.
The taste of long-aged naturally brewed soy sauce that has been passed down from generation to generation creates a versatile gourmet seasoning that can be used with nearly any ingredients.

Consider purchasing some delicious soy sauce during your next trip to Japan!
The video also talks about the hardships and passions of the brewery craftsmen making the Katakami soy sauce.
Learning about the struggles of the brewers makes the soy sauce that they put their heart and soul into taste even more delicious.