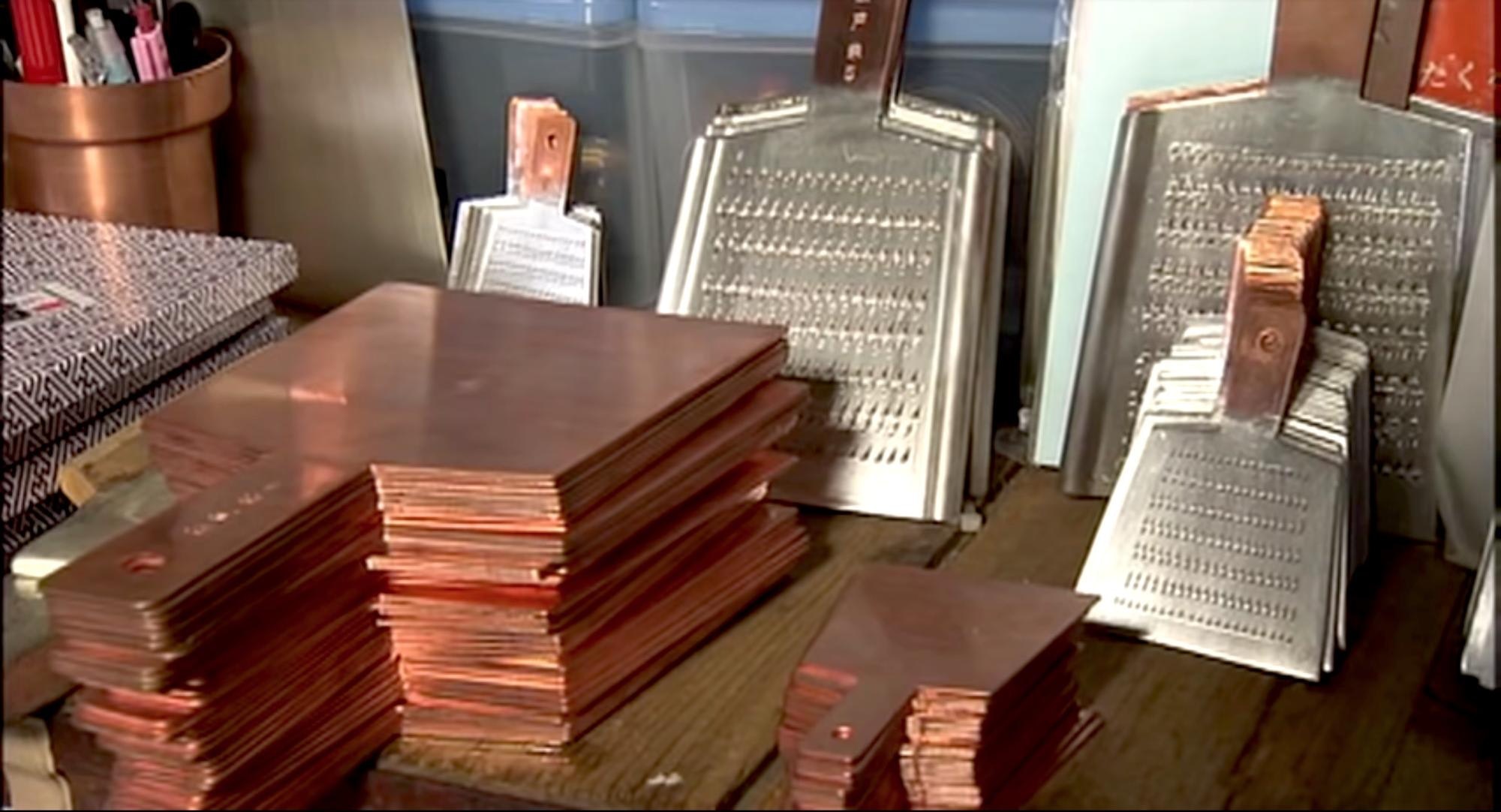 This video, titled "The Fascinating Repairmen. #009 'Graters'" was uploaded by "Togepi1125."
It shows a Japanese craftsman repairing graters.

You can see the graters made from an ancient Japanese copper plate in the video.
Copper graters have been used since the Edo period (1603-1868).
It's said that a copper grater is an item that can last a lifetime if properly taken care, but it can also become damaged if used continuously.
A grater repairman is an expert who uses manual techniques to repair tools in a workplace filled with many machines.

The video introduces Takashi Teshigawara, the repairman at Kosuge, a hardware workshop in Tokyo, from 0:38.
He has over 56 years of experience as a craftsman, and his skillful techniques can make damaged copper graters shine like new.

Although the teeth on the surface of the grater are called eyes, repairing a grater is called re-toothing.
Copper is a material that is easily affected by oxidation and other factors, so the edges of eyes become damaged over time.
A skilled repairman can repair the damaged eyes using all kinds of techniques.

The Repair Process of Graters

First, boil the old rusty grater, polish it properly, getting rid of stains left behind by radishes, ginger, wasabi, and any other vegetables.

This process can be seen from 3:06 in the video.
Next, the copper part of the grater is tapped with a hammer and roasted over fire to polish its surface.

The finished grater can be seen from 7:37 in the video.

As you can see in the video, many Japanese tools have been repeatedly repaired by craftsman and used for many years.
There are many artisans with expert skills who can repair various types of tools to the point that they look brand new.
Check out the video to see the amazing work of one craftsman doing just that.