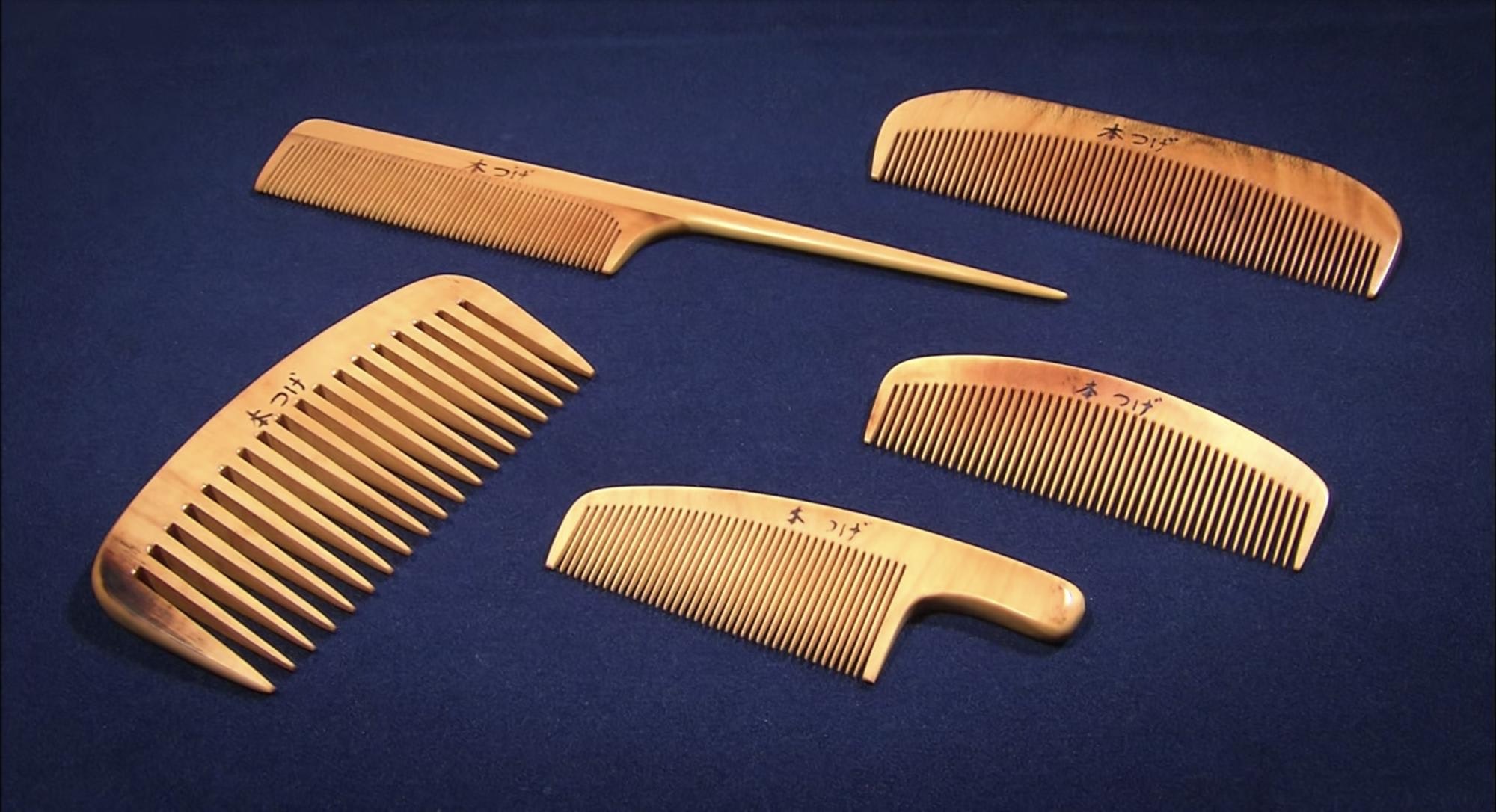 Hideaki Mori is a tsugegushi comb craftsman born in 1983 in Aichi Prefecture.
He is the third generation of "Tsugegushi Shoten," a long-established comb manufacturer.

The tsugegushi comb is made from the wood of the Japanese boxwood, and in spite of its hardness, the teeth are hard to break and strong and static electricity does not occur easily because of the elasticity.
For these reasons, the comb has long attracted users as a top quality comb.

When Hideaki was a university student, he saw the reaction of the customers who used tsugegushi combs and realized the splendor of the tsugegushi combs.
Upon graduating from college, he became an apprentice to his father, Shingo Mori, the third generation of the family, and has continued to hone his skills.