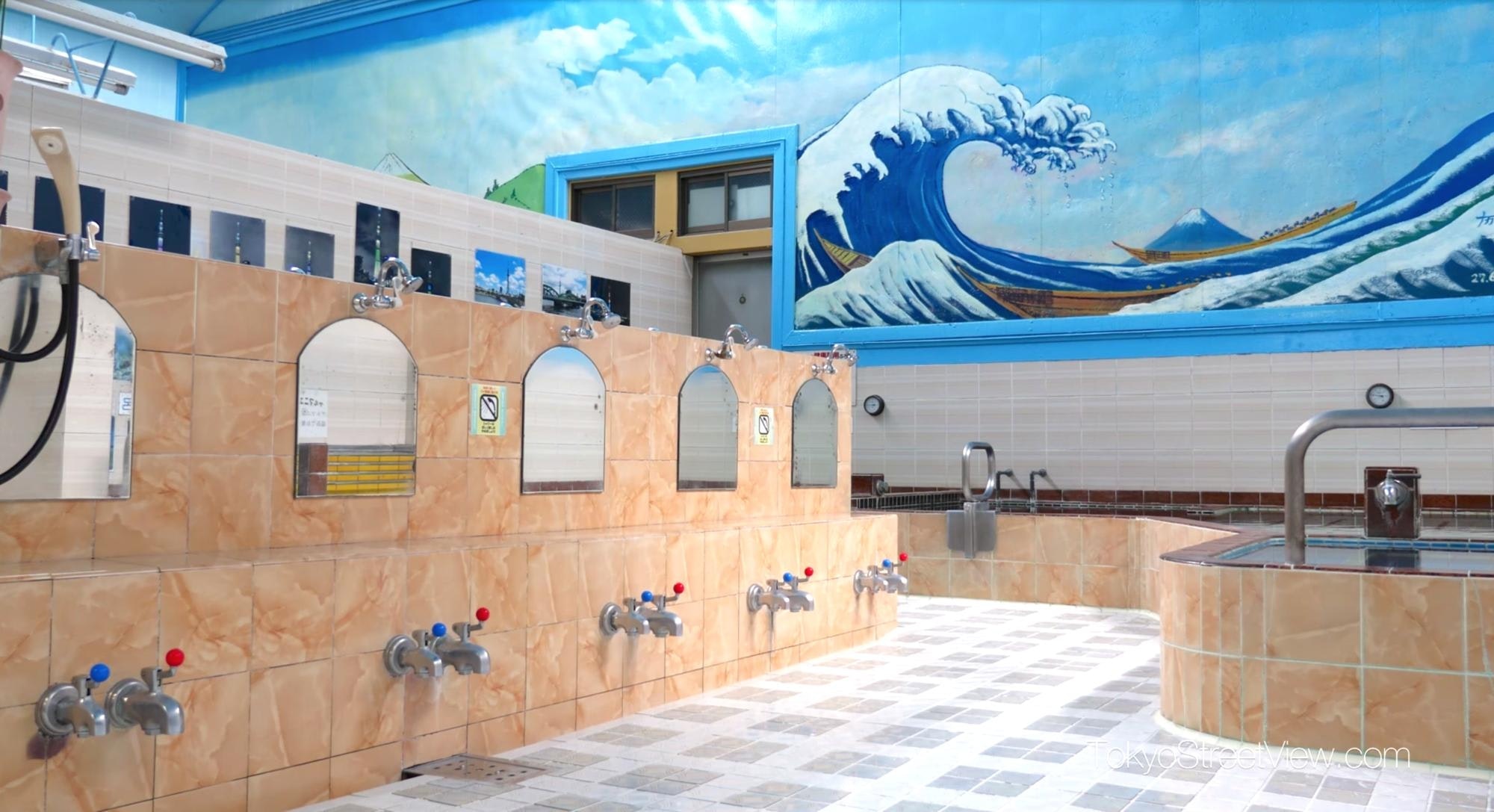 An Introduction to the Japanese Traditional Culture, "Sento"

While there are many natural hot springs and super sento in Japan, traditional public baths where you can enjoy Japan's unique bathing culture are also very popular.

Watch the video and experience the feeling of being healed in a traditional Japanese public bath.

The History of Japanese Sento

Sento is a paid public bath with a boiler and the beginning of its history dates back to the Heian period (794 to 1185 ).
Public bathhouses have long been popular with the public, and from the Edo period (1603 to 1863) onward, they flourished as a social gathering place for the common people.

There used to be more than 100 public bathhouses in Sumida, but the number of these bathhouses has been decreasing in recent years.

The interior is decorated with paint and tile designs by bathhouse painters.
The murals of Hokusai Katsushika, "The Great Wave Off Kanagawa" in the men's bath, and "36 Views of Mount Fuji" in the women's bath, are a must-see.
You can also see these magnificent paintings in the bathrooms by watching the footage from 3:50.

Almost all Japanese feel nostalgic when they visit a sento.
Recently, some bathing facilities have English-speaking receptionists for foreign tourists visiting a sento.

There are Germanium baths, jet baths, ultrasonic baths, medicinal baths and more, so you'll never get bored of them.
Some sento offer a sauna as well if you're into that.

The Rules and Manners of Japan's Sento

There are important rules or manners for public baths, as they're used by many people.

After checking out this video of the atmosphere of Sumida's Araiyu, you'll definitely want to give it a visit.
It's a great place to relax.

Some of Japan's public baths are open 24 hours, but it's a good idea to check the days and hours of operation, as well as prices before visiting.