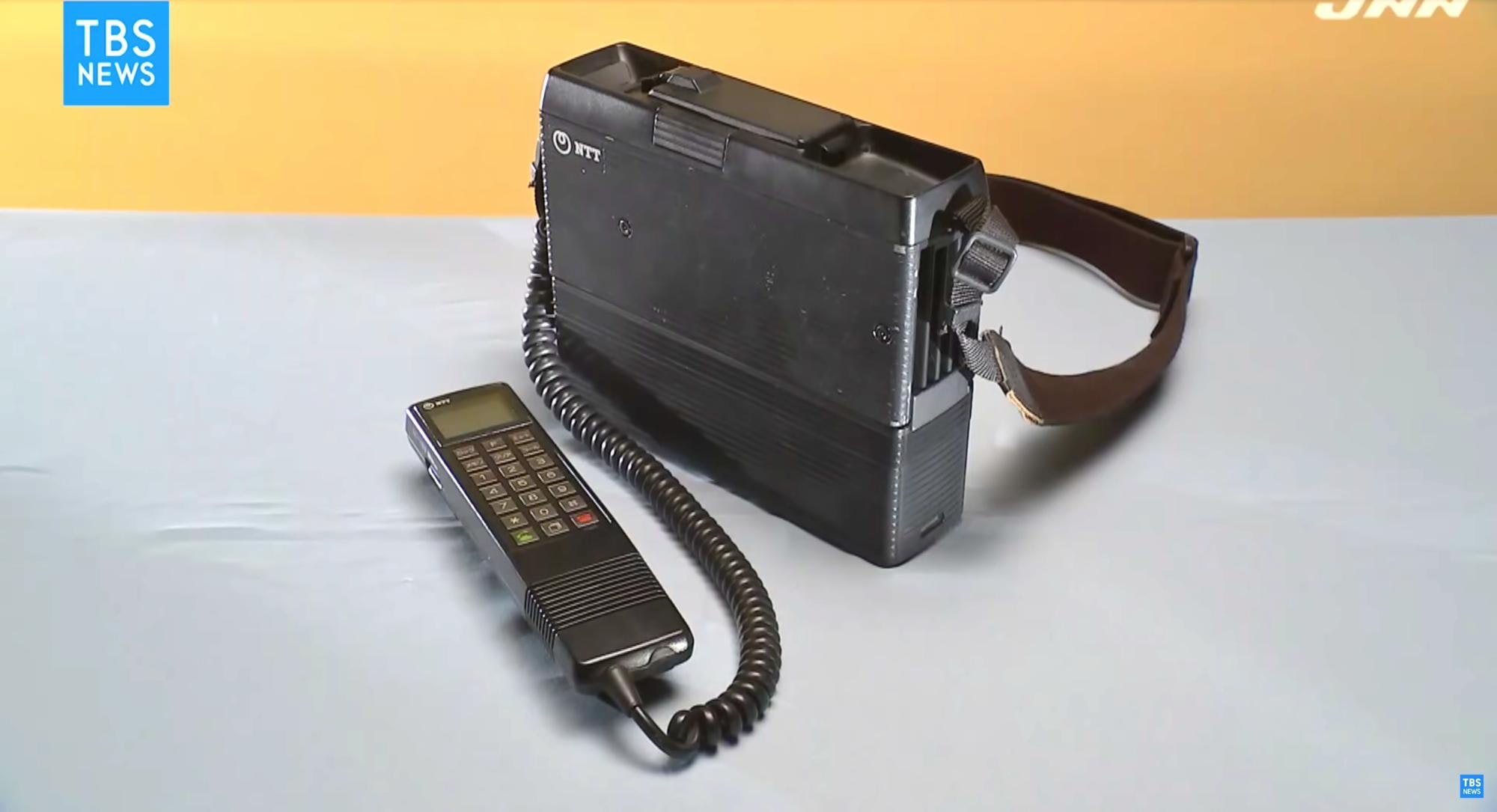 The Video That’ll Take You Back Through the History of Cell Phones in Japan!

The video we’ll introduce this time is one that looks back through the history of cell phones in the 30 years of the Heisei era.
The video is called "【On-Site】Memory of Heisei, 30 Years of ‘Cell Phone’ Evolution（【現場から、】平成の記憶、「携帯電話」進化の３０年）"and is publicized by ‘TBS NEWS’.
To say that cell phones are a truly indispensable infrastructure in Japan, a modern society, is not an exaggeration.
A network disruption, once it takes place, becomes news all throughout society.

In the early days of the Heisei era (around 1989), the use of cell phones was few and the general public did not carry them regularly.
Now, the norm is 1 phone per person.
Let’s look into the history of cell phones to see how they managed to evolve to a such great extent.

The history of cell phones began with shoulder phones launched in Showa 60 (1985).
This can be seen from 0:37 in the video.
At the time, it weighed 3kg and required ¥200,000 as a deposit on top of basic charge and call charges, so only about 490,000 contracts were made and it was a status symbol during the bubble economy.
It was remotely a commodity in the wider society.
The youngsters who only know of present cell phones would be astounded by its stunningly large size.
As time passed, it became smaller little by little but didn’t amount to wide dissemination among the public.

Then came the Heisei era.
In the early days of the Heisei era, the size of shoulder phones became small and pagers and PHS were in.
And in Heisei 11 (1999), the history of cell phones reached a tipping point.
People not only talked on cell phones, they started to use them.
Cell phones were dubbed Ketai and Docomo launched i-mode.
Now connected to the internet, the number of cell phone contracts in Japan exploded.

1seg was also equipped to the phones, enabling people to watch TV programs on them, marking the transition from the period of analogue technology to one of digital.
This is shown from 1:30 in the video.
By then, the number of contracts had reached around 81 million, and a society in which almost every Japanese carried a phone was forming.
With au (formerly IDO) and vodafone (formerly J-PHONE) joining the market with Docomo, it was a period where designs of phones became stylish and cool and communication technology saw a massive improvement.

History of Cell Phones 2: Feature phones that went through a unique evolution in Japan!

In Japan, folding cell phones were popular until the mid-Heisei era. They were called "Garake", and many used it on a daily basis.

The history of cell phones reached a critical juncture which led to modern cell phones.
In Heisei 20 (2008), Softbank Mobile started selling the iPhone in Japan.
On the day of release, more than 1,500 people lined up in a queue craving for the iPhone.
Masayoshi Son, the CEO of Softbank Mobile at the time, said “the computer is now in the palm of your hand”, which is shown from 2:20 in the video.
Smartphone was dubbed Sumaho (based on the Japanese pronunciation) and became widely popular.

With the advent of smartphones, ‘Insta-bae’ where people take photos and upload them to the social media such as Instagram became a trend.
Many companies now provide kakuyasu smartphones where prices are cheaper than they used to be.
The video describes how smartphones now ‘connect’ people 24 hours, both in good and bad ways.

History of Cell Phones 3 Evolution of phones into the future!

Japan, now in the Reiwa era, a period of next generation wireless communications has already begun.
Starting with 5G, providing a speed a hundred times faster than the present, the use of electronic money is expanding as well.
App stores are overflowing with new apps as well, making them indispensable in everyday life.

Remote control of a robot is possible with just the touch of a button on your phone in this period. This can be seen at 3:03 in the video.
How will cell phones transform in the future? No one can say for sure. Only time will tell.

Summary of the History of Cell Phones

This time, we introduced the history of cell phones in Japan.
We’re sure many of you felt the nostalgia watching the video.

The 30-year-long Heisei era is known as the period where phones went through an unimaginable evolution, but we can’t be more excited about the transformation of phones, becoming more and more convenient, in the future!