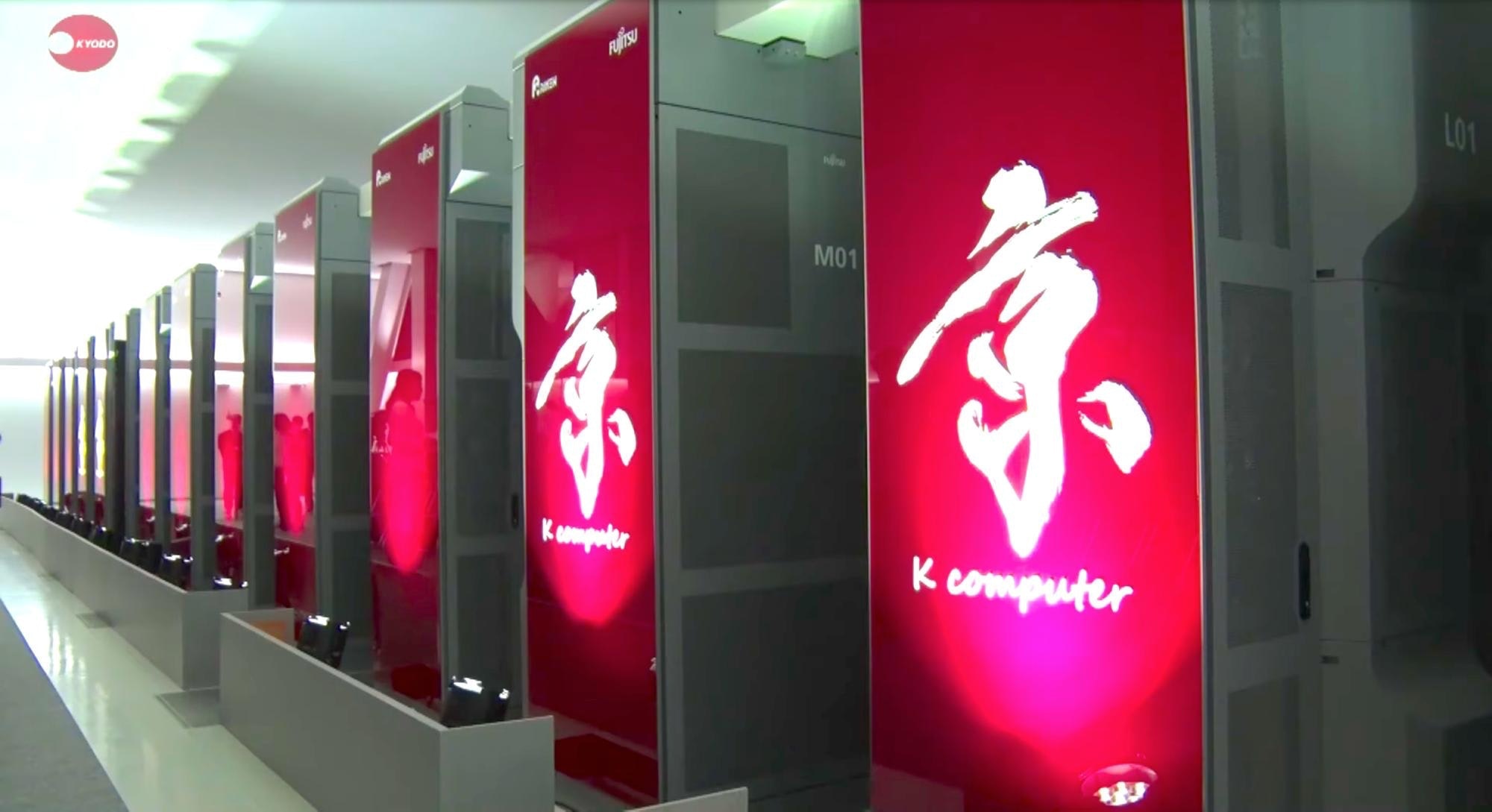 Shutdown of the Supercomputer "K"

This video titled "The Curtain Has Come Down on the Supercomputer 'K' and Fugaku Will Serve as Its Successor,（スパコン「京」幕下ろす 後継・富岳、運用へ）, released by "KyodoNews," is a video on the shutdown ceremony of supercomputer "K"- the former fastest computer in the world.

The supercomputer “K” was used in various fields after achieving first for two consecutive years in the category of fastest calculation speed of a supercomputer, in 2011 during the test run.
In the video of K's shutdown ceremony "Fugaku”, the successor to “K” , is also reported.
You can find out how powerful the Japanese computer is. The video features the supercomputer "K" and its successor.

The supercomputer "K" was jointly developed by the Riken Center for Computational Science and Fujitsu.
NEC and Hitachi were also involved in its development at the beginning, but withdrew.
This supercomputer, completed in 2012, contributed to the development of various fields including life science, healthcare, disaster defense, and space technology.
It was also referred to as a "Next Generation Supercomputer," "General Purpose Hyper Speed Calculator" or "Kyosoku."

This supercomputer achieved the fastest calculation speed in the world at the beginning of it development and has been used for about 7 years.
According to the latest world ranking, it has currently dropped all the way to 20th .
It was finally decided to put an end to the 7 year history and to make room for its successor "Fugaku," the next generation, most advanced supercomputer.
In the video you can see that about 860 units of the supercomputer “K “ were shut down in turn during this ceremony.

Hiroshi Matsumoto, President of the Riken Center talked about the expectations for the next generation supercomputer in this video (1:11).
It is expected that Fugaku's calculation speed is more than 100 times faster than "K," and it will be used as AI (Artificial Intelligence).

Next, we will show you what kind of specs "K" has.
First, its high-end CPU capable of performing highly advanced arithmetic processing was developed by Fujitsu. 88,128 pieces are connected in parallel to calculate 10 petabytes worth of information per second.

There is some concern about error because of the scale that the supercomputer has.
However, they built a unique system that could avoid errors and continue high-speed arithmetic processing.
Also, high-performance memory is used.

This supercomputer consumes powers equivalent to the amount used by about 30 thousand households.
Therefore it costs about 1.2 million yen to operate the whole system of "K" per hour, Running the supercomputer "K" full for a day costs about 28 million yen (~$260,000 USD), so the electricity bill can get a little high.

“Fugaku," the Next Generation Supercomputer

“Fugaku," successor to "K," had a development costs of about 112 billion yen (~$1.38b USD). The development of Fugaku started in 2014, and it is scheduled to used starting in 2021.
Its calculation speed is more than 100 times faster than that of "K."
It is aiming to achieve the worlds top level utility.
150 thousand units of CPU are connected to improve its computing power.

Summary of the Supercomputer "K"

The video, titled "The Curtain Has Come Down on the Supercomputer 'K' and Fugaku Will Serve as Its Successor," released by "KyodoNews" is a video on the shutdown ceremony of supercomputer 'K' that was used for 7 years.

These computer technologies that have been developing day to day may change our futures.