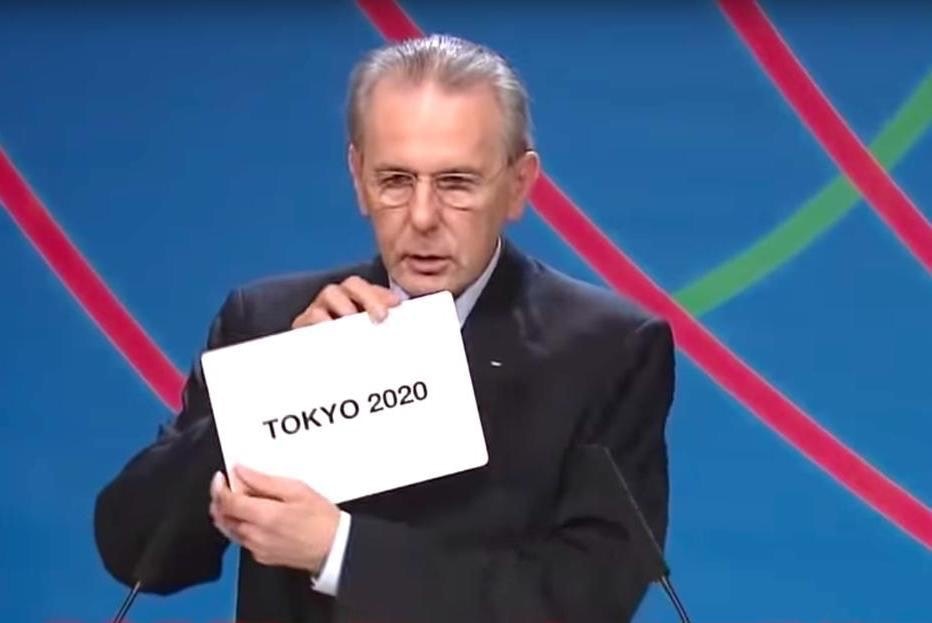 The Decision to Have the 2020 Olympics in Tokyo

Tokyo is to host the Olympics for the second time; the first time in 56 years.
Only 5 cities have hosted the summer Olympics more than once: Athens, Paris, London, Los Angeles, and now Japan.
The Olympics will be held from July 24th to August 9th in 2020, for 17 days.
Tokyo will draw a lot of attention from the world.
This time, we are going to introduce the video about the announcement of the 2020 Tokyo Olympics.

The Announcement of the 2020 Tokyo Olympics

From 0:15 in the video, you can see a lot of Japanese people in the venue exclaiming their delight the moment IOC (International Olympic Committee) President Rogge said “Tokyo!”.
As shown from 0:56 in the video, it was early in the morning, at 5:20 AM when the news of the host city was released.
But many people experienced the moment of joy at Komazawa park, Nippon Sport Science University, Chiyoda ward, Hamaguchi wrestling school in Tokyo and Nagano city.

But it is also true that there were a lot of difficulties to reach the decision of the Tokyo Olympics.
During the selection, Madrid in Spain and Istanbul in Turkey were highly considered.
At the first voting, Tokyo gained 42 votes, Istanbul 26 and Madrid 26.

But at the final voting, Tokyo achieved an overwhelming victory over Istanbul with 60 votes to 36.
Amongst adversity, the final presentation was made by the governor of Tokyo, Inose Naoki, Prime Minister Abe Shinzo, Princess Takamado, a Paralympic athlete, Sato Mami, TV personality Takigawa Christel and more.
Among them, the word “Omotenashi” (hospitality) by Takigawa Christel may be the most memorable.

The 2020 Tokyo Olympics, the First Host City in Asia to Have the Olympics Twice

The Tokyo Olympics are to be held in the same city, which is the first time this has happened in Asia.
Last time, Beijing hosted the summer Olympics in 2008 in Asia.
In Japan, many bid committee members made great efforts to bring the Olympics to Tokyo.

With the decision of the Tokyo Olympics, the Olympic flame cauldron was lit up at the National Stadium, the former venue of the opening and closing ceremony from 4:45 in the video.
Many elderly people remember the Tokyo Olympics in 1964 so it will be a great chance for those who can experience it again in 2020.

The Problem of the 2020 Tokyo Olympics and Paralympics, and the Fukushima Nuclear Disaster

In the final presentation on the bid for the Tokyo Olympics, the Great East Japan earthquake two years prior was often mentioned.
Prime Minister Abe Shinzo stressed the safety precautions since the nuclear disaster and appealed to the world.
He announced confidently that contaminated water is safely controlled and there would be no influence on the safety of visitors.

However, only a few years had passed since the earthquake.
There were many harsh comments in and outside of Japan at the time.
The Tokyo Olympics will be held to help recover from the nuclear disaster as well.

Looking Forward to the Olympics

The news of announcement of the host city for the 2020 Olympics gave hope to a lot of people.
At 3:34 in the video, the then governor of Tokyo, Inose Naoki, tells that the success of the bid for the Tokyo Olympics came from "the teamwork of centralized power from the entirety of Japan."

The world sports festival, held every four years- the Olympics and Paralympics- will be held in Tokyo.
All the people in the world are paying attention to Japan and Tokyo.