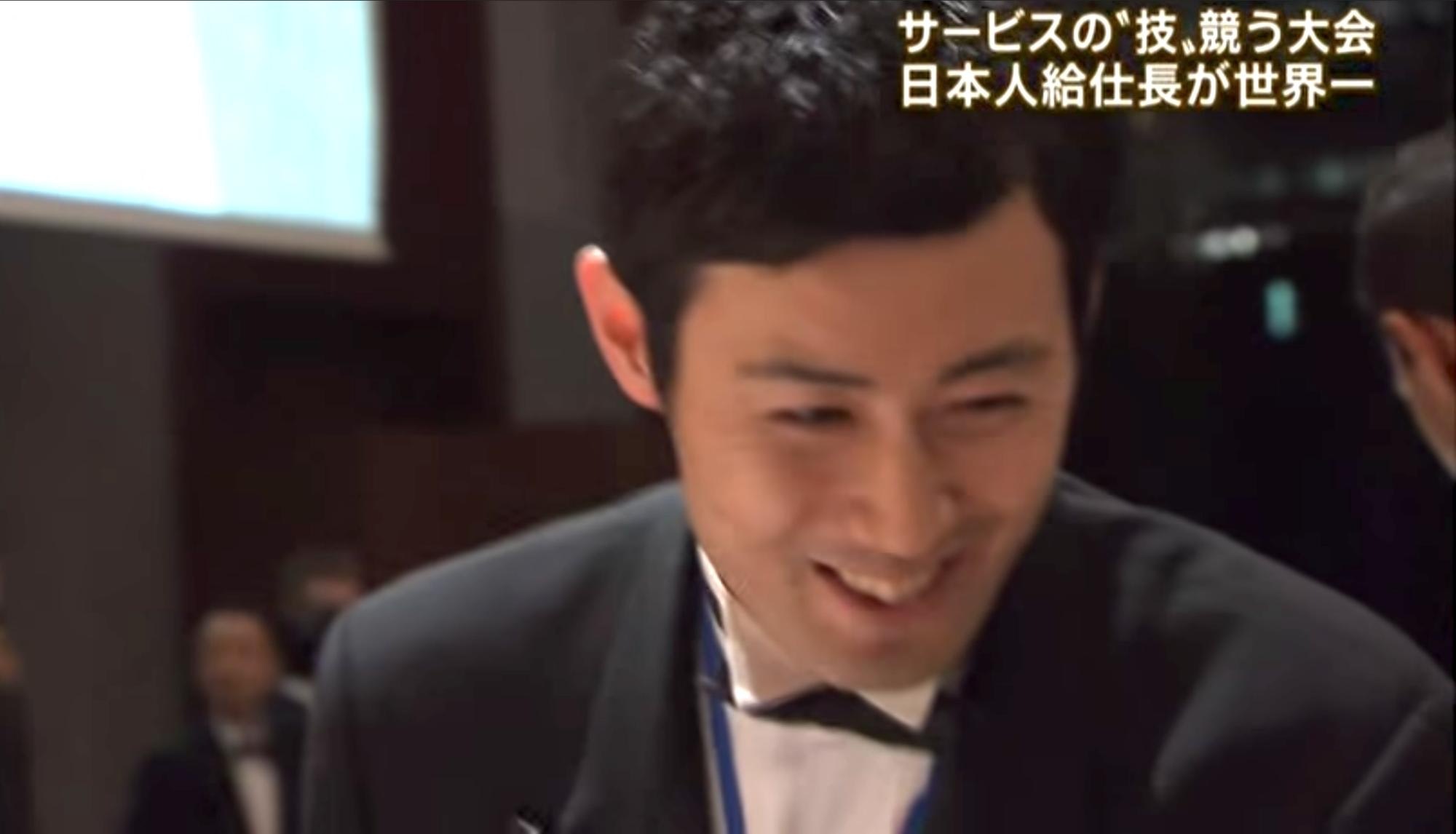 "ANNnewsCH", "Service Competition, Japanese- No.1 in the World（サービスの技競う大会 日本人給仕長が世界一）" is a video introducing Shin Miyazaki, the winner of the world competition for service skills.

Various countries participated in the Georges Baptiste Cup, a "waiter world cup" held in Minato, Tokyo in 2012, and Shin Miyazaki, the representative of Japan, won the event.
The hospitality of the Japanese people, who are known for their attentiveness, has been recognized throughout the world.
Check out this video to see the amazing achievement.
This article introduces Shin Miyazaki, who won the service competition.

Shin Miyazaki and the World Competition for Service Skills!

The Georges Baptiste Cup was hosted in 2012.
This competition, which has been ongoing since 1961 includes students and professionals in the service field.
The competition has been held globally since 2000, with the 2012 competition held in Japan.

Shin Miyazaki, the representative of Japan, won the world championship for service skills at a restaurant famous for its service skills.
It's a large achievement to win the professional category with 14 other countries participating.

The job of the server is not just bringing plates to the table, but also to entertain guests as well.
In French cuisine, it is said to be as important of a job as the chef.
Shin Miyazaki learned French and studied cheese and wine before challenging this competition.

You can watch thecompetition from 0:08 in the video, and from 0:32, you can see Mr. Miyazaki pouring champagne for guests

Miyazaki was interested in cooking because of his father's favorite book, "Dancyu," and thus decided he wanted to be a chef in the future.
Later, he worked at a French cuisine restaurant in Tokyo, where he was inspired by the appeal of head waiter.
In 2010, he won the "Maitre de Servis Cup", and as stated above, he won the 2012 world competition for service skills.
Shin Miyazaki also appears on TV.
He has appeared in "professional work style," "Asaichi," "Non-stop," etc. and has received a lot of attention.
If you're interested in Shin Miyazaki, be sure to check out the video.

"ANNnewsCH"'s, "Service Competition, Japanese- No.1 in the World" introduces Shin Miyazaki who won the World Competition for Service Skills.

It also explains points to be careful of when serving, and it is a must-see video for those who are aiming to be professionals in the service industry.