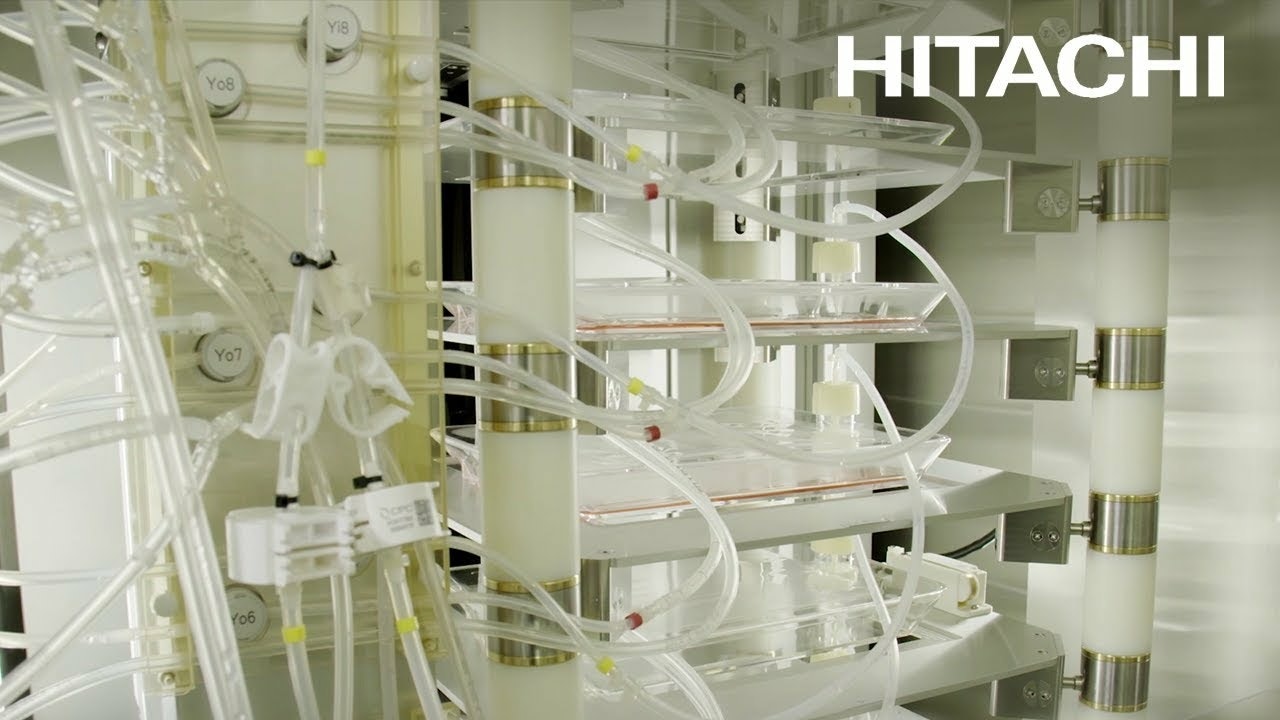 This is a video released in 2018 by the "Hitachi Brand Channel" that introduces the efforts of Japanese company Hitachi Kobe Lab, in Regenerative Medicine using iPS cells.

Speaking of regenerative medicine, the 3D iPS cell culture method invented by Professor Shinya Yamanaka of Kyoto University's Institute for iPS Cell Research and Development won the Nobel Prize in 2012, and it has become a hot topic of conversation.
So what is this regenerative medicine? We'll give you a rundown.

Regenerative Medicine is a technique that reanimates cells in areas damaged (or lost) by illness or injury.
This has made it possible to treat incurable diseases that are difficult to treat with current medicine.
Professor Yamanaka had been studying regenerative medicine for some time, but in contrast to the conventional method which required the use of fertilized eggs, human iPS cells, which can be cultured from a sterile egg, solved the ethical issues and attracted attention as a new dawn in medical technology.

However, iPS cells have weaknesses.
It is difficult to stabilize the quality of iPS cells and to mass-produce them.
Maintaining the sterility of the lab was a critical challenge for culturing stable, quality iPS cells, especially since they are less resistant to bacteria.

The Future of Hitachi's Regenerative Medicine, Opened up by Open Innovation

Due to the difficulty of culturing iPS cells, Hitachi began development of Automated Cell Culture Equipment for iPS cells through joint research with Dainippon Sumitomo Pharma.
Currently, Hitachi, Ltd. and Hitachi Chemical are also participating in the research and have been successful in producing reputable induced pluripotent stem cells (iPS).

The greatest benefit of open innovation is that, rather than a single company monopolizing research, specialists in each field, with their own specialties, can come together to conduct research and development without being bound by interests.
The services and products, created through the combined strength of the Hitachi Group's technology and Japan's top minds, will continue to lead the world's medical infrastructure in the future.
The Automated Cell Culture Equipment for iPS cells is one such development.

The Regenerative Medicine that Hitachi is currently working on is said to be second-generation, but if it can incorporate AI technology and achieve more stable iPS cell culturing, it's possible to break through to third-generation regenerative medicine technology and raise hopes in the future, as it could be applied to the treatment of other incurable diseases.

Hitachi Kobe Lab was established in the KOBE Biomedical Innovation Cluster, the largest biomedical cluster in Japan, introduced at 2:14 in the video.
The Automated Cell Culture Equipment for iPS cells that Hitachi Kobe Lab is working on, has been applied to treat Parkinson's disease, and Regenerative Medicine is already used in clinical practice.
This means that the Regenerative Medicine Project has been moving forward at a rapid pace since the discovery of iPS cells in 2007.

In fact, modern medicine is mainly based on symptomatic treatment, and it is said to be difficult to reach to complete cure.
However, the Automated Cell Culture Equipment for iPS cells developed by the Hitachi Group, which overcame the weaknesses of iPS cells, will make it possible to realize an ideal medical treatment that can contribute to a "complete cure" for diseases.
This is an important research achievement that suggests that Regenerative Medicine has entered the era of practice rather than theory.