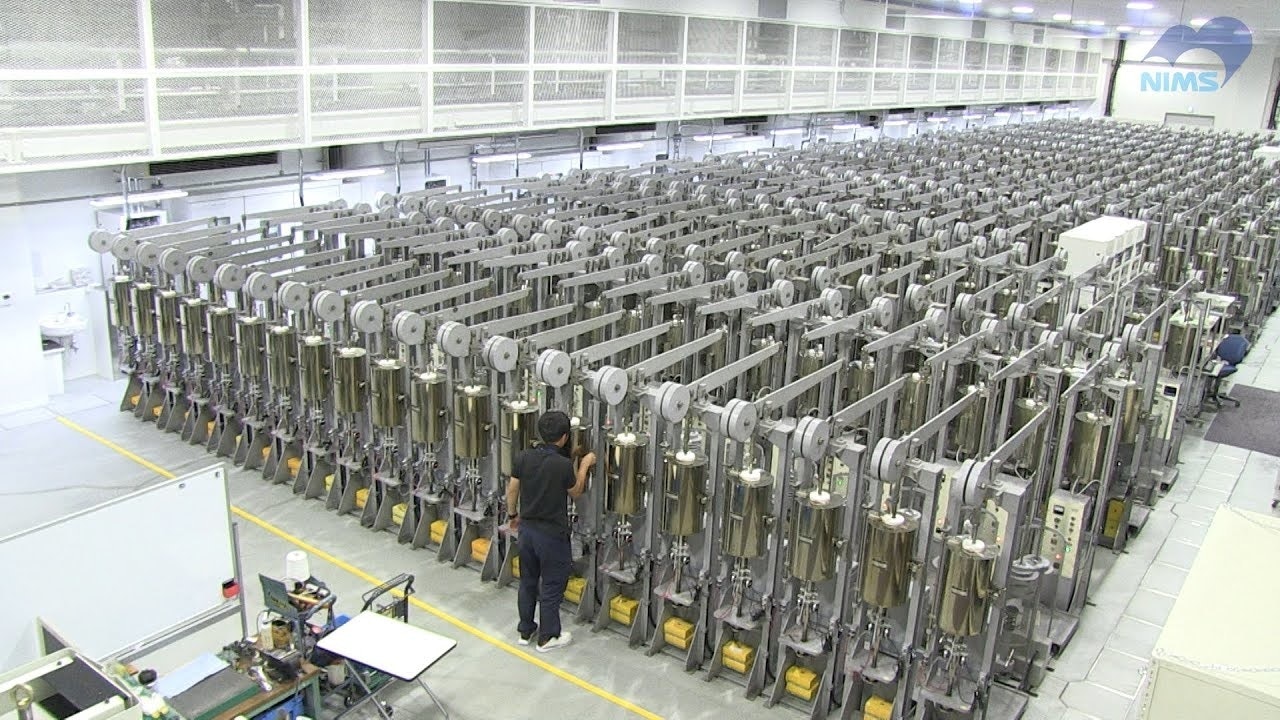 “The Decades Long Research” by NIMS

“The Decades Long Research” is a video uploaded by “nimspr.”
TThis video introduces the NIMS creep test, which examines how metallic materials exposed to high temperatures degrade over a long period of time in a rupture load test.
Let's take a look at their results!

What is NIMS’ Creep Test?

NIMS stands for National Institute for Materials Science.
It is an institution that studies the environment, energy, and resources in order to solve global issues.

The 380 pieces of equipment lined up in a huge lab is shown at 0:17 in the video.
The lab hypothesizes the piping, boilers, turbines and pressure vessels of the thermal power plants. As you can see from 1:38 in the video, the weights are attached to a single steel bar testing machine, and the test is carried out using large, high-temperature equipment with a heater.

The NIMS creep test is conducted by placing the tester in an electric furnace and heating it at a constant temperature while applying a pulling force to the metal to monitor the creep deformation for more than 100,000 hours.

The Benefits of NIMS' Creep Test

It is said that the longest time for this kind of creep test lasted more than 40 years.

The creep test by NIMS broke the record of Siemens Germany, and it is listed in Guinness World Records as the longest test time.

At 2:41 in the video, the test shows that the metal used in thermal power plants needs to be replaced earlier than previous assumptions.
As a result, the safety standards for thermal power plants were revised.
Creep tests are a simple test mostly just involves waiting, but it is vital in maintaining facilities and keeping our world safe.

Summary of the NIMS Creep Test

Although the creep test by NIMS is essentially just waiting, it is a very important test to study the strength and durability of pipes and materials used in thermal power plants and petrochemical plants.

There are many companies trying to solve energy and environmental problems.
Expectations continue to rise for advanced technologies thanks to research such as the NIMS creep test.