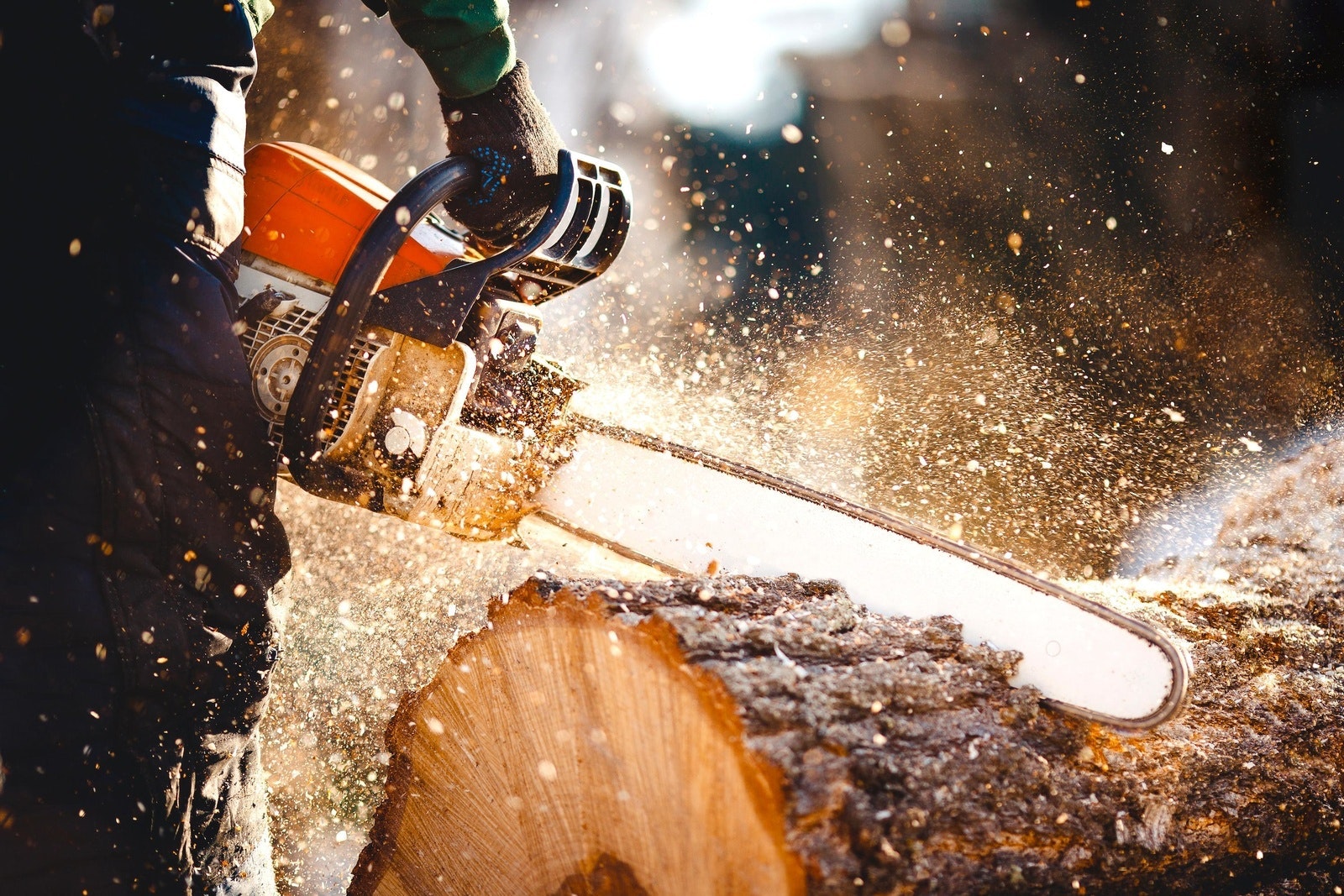 This video [Felling of very tall trees 1] (高木の伐採作業1 美国林業) was created by "Mikuni Ringyou". It features demonstrations of techniques used by lumberjacks to cut down very tall trees.

The professionals you can see in this video work for Mikuni Forestry, a company based in Honjo city (本庄市, honjoushi), Saitama prefecture in the Kantou region of Japan.
Mikuni Forestry specializes in logging and the sale of lumber used to rebuild Shinto shrines and Buddhist temples.

The Origin of Forestry and Logging in Japan

Seventy percent of the land in Japan is covered in forest and many people work in the logging business.
There are professionals who deal with a variety of requests; from pruning garden trees to the felling of large trees such as Japanese cedar, zelkova and evergreen oaks.
They may also tackle other problems such as pest extermination, the uprooting of trees, and dealing with fallen trees.

Lumber has been used since ancient times in Japan, for the building of houses, shrines and temples to the manufacture of smaller items such as furniture and everyday items.
The forestry industry has grown and evolved alongside Japanese culture and lumber continues to be used to this day for a variety of purposes.

More About the Lumberjacks and Logging Process in the Video

In Japan, professionals who are responsible for felling extremely tall trees are known as "Sorashi."
There are many people in the logging business in Japan, but there are very few professionals with the title "Sorashi"; it is thought that there are only around 30 people in the whole of Japan.
In order to cut down such large trees, special equipment and machinery such as cranes and chainsaws are essential.

Felling down such large trees is a dangerous job, one small step can result in serious injury or even death.
In this video, you can watch the felling of a 60 meter tall tree.
As you can see from the opening scenes of the video, the workers wrap a rope around the trunk of the tree.

From 0:21 in the video, you can see the workers use a chainsaw to cut all the way around the trunk of the tree. Then from around 0:59 you can hear the crashing noise of the tree as it falls to the ground.
It appears he is using an even larger chainsaw than before.
The highlight of this video has to be when the cedar tree is cut near the base and finally falls to the ground at 5:58.
The footage is very impressive.

We hope you enjoyed watching the thrilling and exciting logging work of Japan's "Sorashi," captured on video.
The amazing skills used in this video are something one would normally never be able to witness.

For those who are considering the removal or felling of large trees, we highly recommend you put in a request to Mikuni Forestry who can advise you on the cost and man hours required.