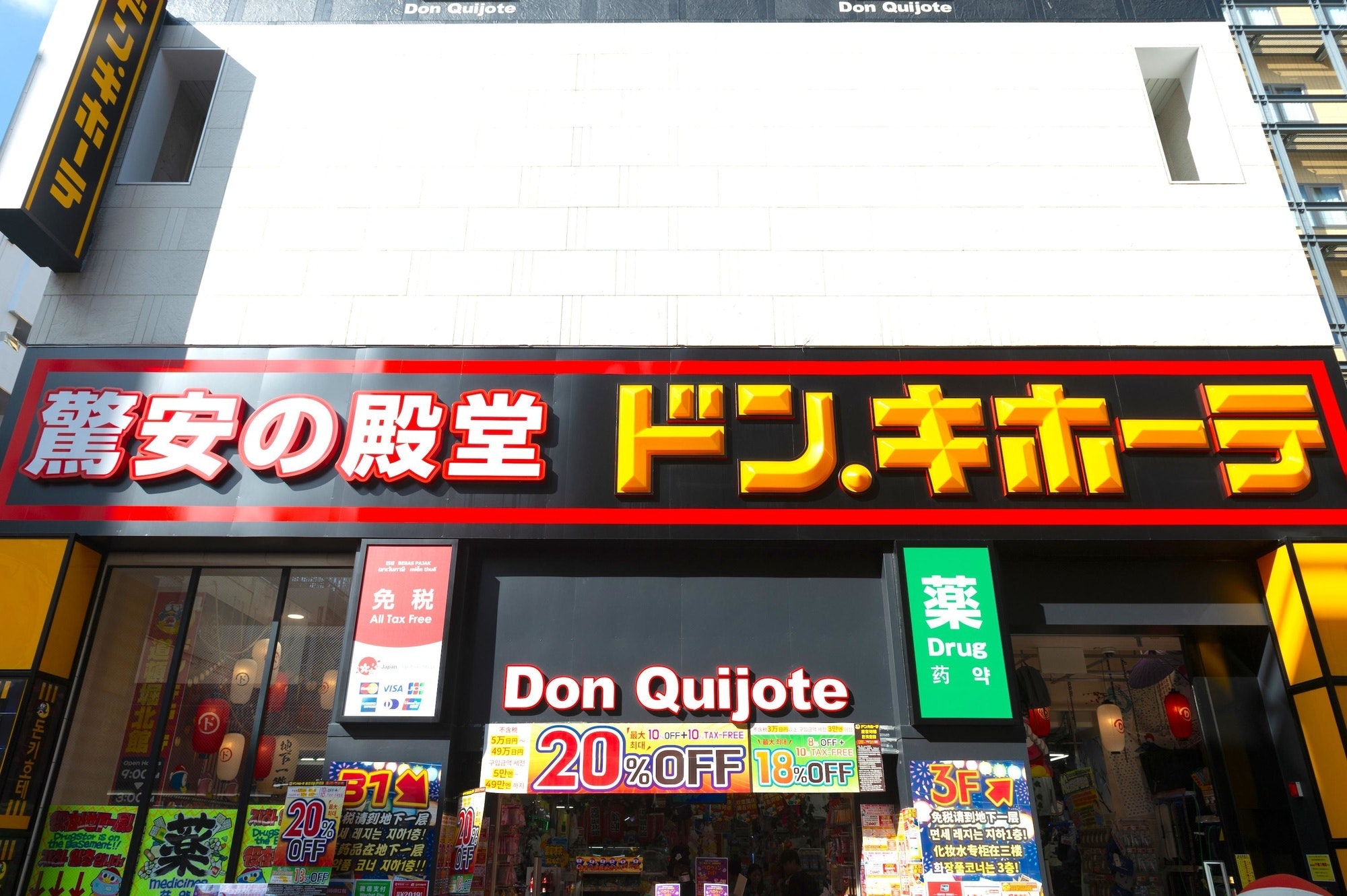 About the video "Until Don Quijote is complete”

"Until Don Quijote is complete（ドン･キホーテができるまで）", produced by "Don Qui Channel", is a video showing the construction of the popular shopping spot Don Quijote.
The video shows the flow of until the opening of the MEGA Don Quijote Omori Sannou store, and displays the inside labyrinth-like maze of shelves .

It's exciting seeing countless shelves filled with various items.
In this article, along with the video, we will introduce Don Quijote, the discount store popular among foreigners.

What is Don Quijote, with its unique theme song?
Don Quijote is a hall which is a very popular discount store, nicknamed "Donki" by the Japanese (short for Don Qui).
It has a long history going back about 40 years, when the first Don Quijote Fuchu store opened in Fuchu city, Tokyo in 1980.

As of February 2020, there are more than 400 stores in places like Hawaii, California, Singapore, Thailand, and more.
The official character is "Don Pen", a stylized penguin. You might have seen it before.
In recent years, it has become a popular shopping spot for foreign visitors to Japan, and it is loved as an inbound tourist attraction.

Don Quijote's appeal is that there are many types of products and the prices are low.
Unusual cosplays are also sold here, and it's a popular shop for finding different fandom goods.
When using Don Quijote, we recommend using the “majica” smartphone app for electronic money, so you don't need to worry about carrying a bunch of cash and change.
Coupons can also be used from the app, and you can shop at great prices.
Popular Don Quijote locations include Shinjuku Kabukicho, Ikebukuro, Shibuya, and Roppongi.

First of all, from 0:05 of the video, the furniture is arranged and the goods are displayed.
In the video, fixed-point cameras are used to record the sections of various items such as daily necessities, beverages, and clothing being made.

The first time you look inside the Don Quijote store, you'll be surprised at the gap between it and ordinary supermarkets.
Many products are displayed, advertising and related products are hung from the ceiling, and it can be a little overwhelming to some.

However, it's the desire of the manager for customer to be able to find a bargain, when searching for a product of interest in this jungle of a store.
This type of layout is called a "compressed display."

Various corners such as party supplies, miscellaneous goods, food, liquor, cosmetics, daily necessities, clothing, leisure goods, interior goods, home appliances, jewelry, brand goods, etc.
They've got it all, and tons of it.
It is very popular for under-the-radar brands so you can purchase quality products at low prices.

In addition, many stores are open for long hours late at night, and shops along the main roads have free parking.

"Until Don Quijote is made" produced by "Don Qui Channel" is a video of the MEGA Don Quijote Omori Sanno store's sales floor.
The process of creating a jungle-like selling area that attracts Don Quijote customers is valuable.

If you go to Don Quijote after watching this video, you will have a slightly different perspective than before, now that you know how it's built. Even still, try not to get lost inside this discount palace!