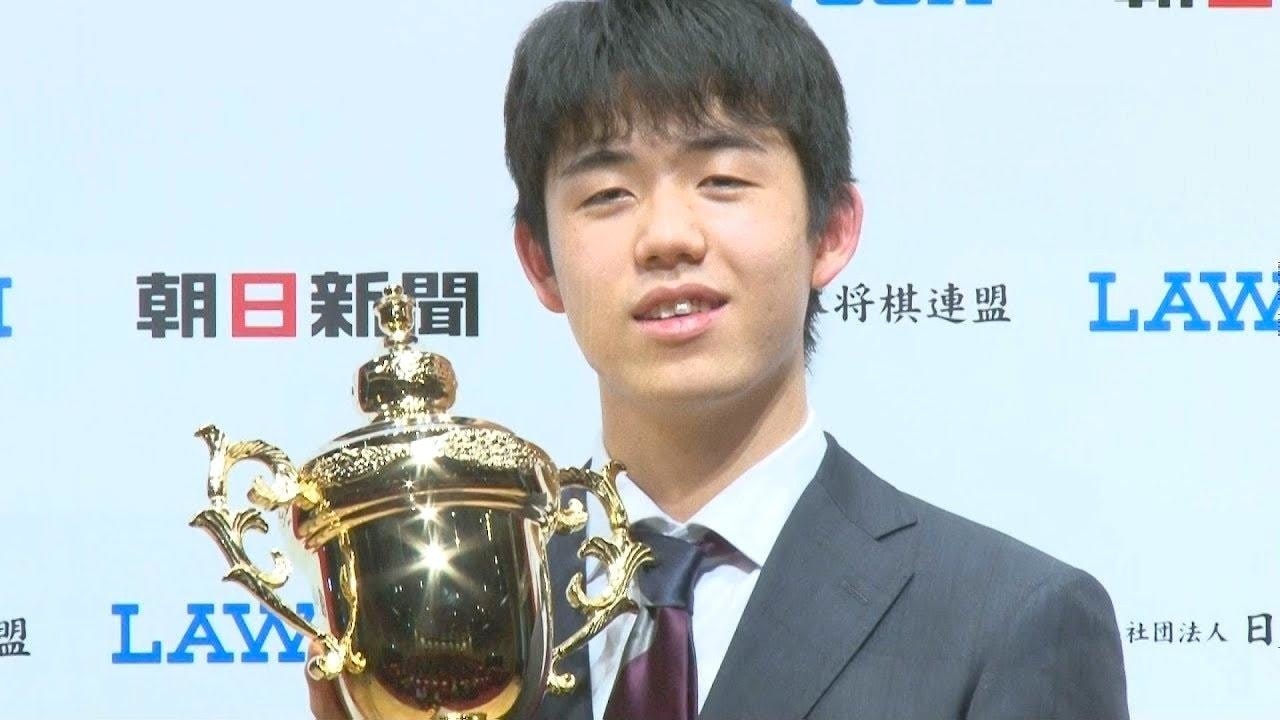 7-Dan Fujii and the Asahi Cup

He is only the second player in history to win the Asahi Cup twice in a row, after 9-dan Habu, and he showed us why, with his incredible performance during his matches.
The media covered this massive feat extensively and brought it to the attention of the nation.
In this article, I would like to introduce you to the 7-dan, Fujii, the youngest professional Shogi player in the world.

On February 16, 2019, at the 12th Asahi Cup Open, held at the Yurakucho Asahi Hall in Tokyo's Chiyoda Ward, 7-dan Sota Fujii defeated the titleholder, Akira Watanabe, in the final to win the tournament. More impressive was that it was Fujii's first time playing against a title holder.

Fujii 7-dan also won the tournament in the last round, defeating 9-dan Habu and others who had an overwhelming record of successive victories.
This is an amazing accomplishment, and he is only the 2nd person in history since 9-dan Yoshiharu Habu to achieve this feat.
You can see the final match against Akira Watanabe from 0:07 in the video.

This is Fujii's first win since the 2018 Shinjin-O tournament, and he is delighted with his victory.
We're looking forward to see what he can do in the future.

In a post-game interview with Fujii, which can be seen at 0:41 in the video, he mentions that he "would like to use this experience to do my best and become stronger."
In the interview at 1:05, Akira Watanabe acknowledges the strength of Fujii, and says that Fujii will only continue to get better.
As shogi players, they are both still aiming for the top.

Who Is Sota Fujii?

Sota Fujii was born in Seto City, Aichi Prefecture, in 2002, and started playing shogi at the age of five, influenced by his maternal grandparents. At the age of 13, he became the youngest player ever to be promoted to 3-dan, and at 14, he went on to become a professional.
He is the fifth person in history to become a professional shogi player while still in junior high school, following Hifumi Kato, Koji Tanikawa, Yoshiharu Habu and Akira Watanabe.

He made his professional debut in 2016 in a ranking match against Hifumi Kato, which resulted in a victory.
He is the youngest player to win an official game, at 14 years and 5 months.
From there, he racked up a string of victories, winning 29 matches in a row after his debut. His dominant performance has attracted a lot of attention from the media.

After that, he continued to improve his skills as a junior high school professional, breaking various records such as 50 wins and becoming the youngest player to win a total of 100 games.
As a challenger, he has challenged masters, titles, and higher ranking masters and achieved a lot of victories.

The brilliance of Sota Fujii is the speed at which he can read the game as well as his strong early game, but most of all, professional players say that his endgame is especially impressive.

Yoshiharu Habu has said of Fujii, that he is "good at cutting off the edges in the shortest possible course" and that he is similar to Koji Tanigawa, a 17th generation master.
He is the pinnacle of shogi players, as he is not only unimaginably accomplished for his age, but also has great potential for the future.

There are high expectations for him taking both the Meijin and Ryūō ranks. As of February 2020, Fujii ranks 3rd in terms of rating, which indicates his shogi prowess.

In the 13th Asahi Cup Open held in 2020, Sota Fujii broke through qualifying without difficulty, but lost to 7-dan Shota Chida in a semi-final round, and was unable to secure a third victory.

We hope you enjoyed this article on Sota Fujii, the up and coming Shogi genius. If you're interested in trying out Shogi, don't be shy! It's a lot of fun!