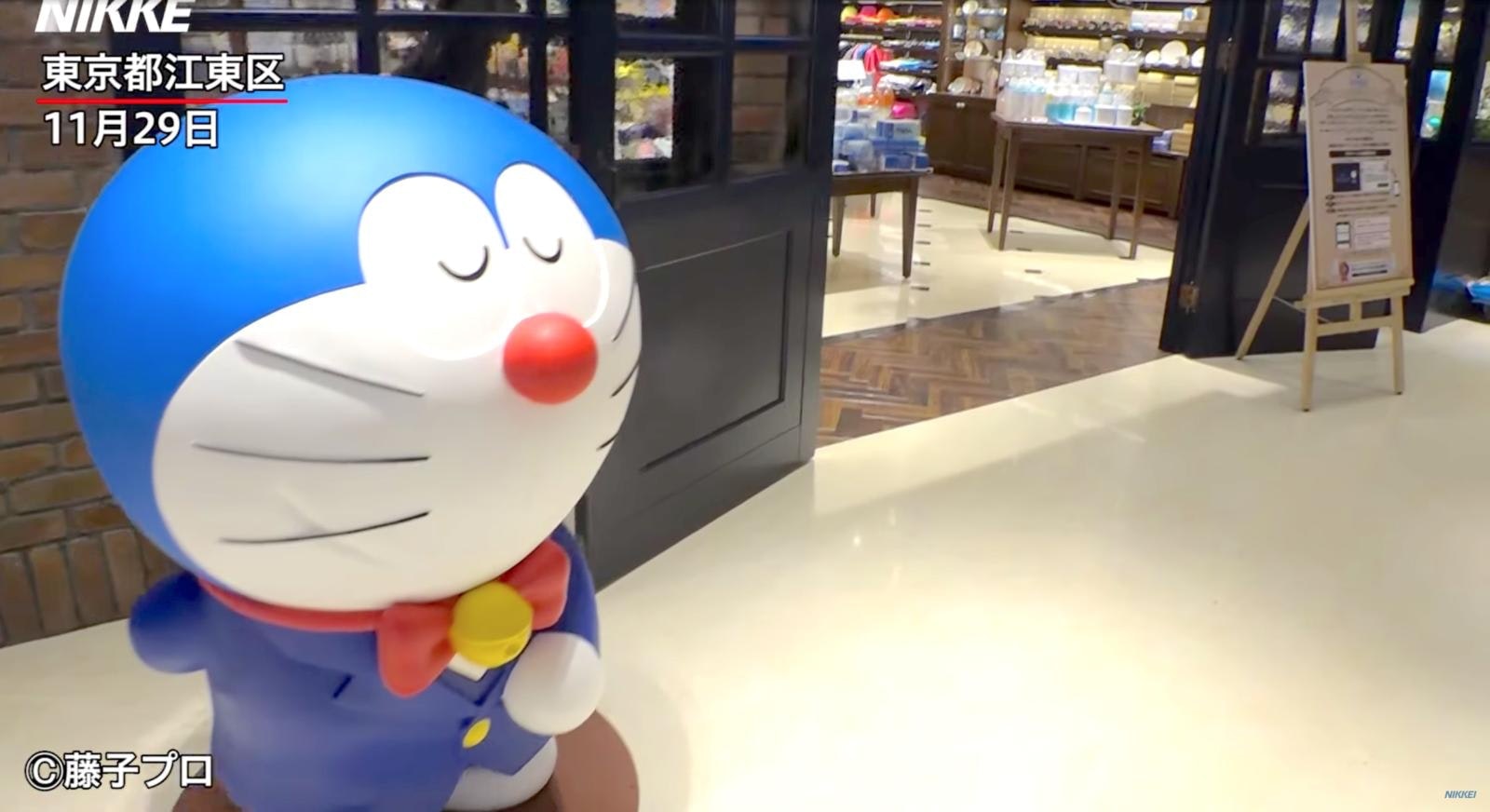 This video is titled "The World's First｜Doraemon Official Store｜A Secret Gadget Experience!" (世界初、「ドラえもん」の公式店 ひみつ道具体験も). It introduces the facilities of the world's first Doraemon official store, as well as the secret gadget experience. It was produced by The Nikkei Shimbun.

In 2019, Doraemon, a popular manga/animation, celebrated the 50th anniversary since the beginning of its serialization, with an official goods store commemorating it opening in DiverCity Tokyo - Plaza in Odaiba. (Koto ward, Tokyo).
There is a merchandise sales area where official goods that are sold nowhere else can be bought, and a corner where you can try out secret gadgets!

First, let's check out what kind of limited merchandise is available in the store!

Doraemon is a Japanese manga/anime with many fans, and is popular among both children and adults alike . Serialization began in 1969, from Shogakukan's yearly magazine, and TV animations and movies have also become popular.

The Doraemon Future Department Store, a mecca for Doraemon fans, is a 5-minute walk from Yurikamome Daiba Station and a 3-minute walk from Tokyo Teleport Station on the Rinkai Line.
You can also use the parking lot at DiverCity Tokyo.

There is no admission fee, but you will need to purchase a Future-Department Store coin (fee required) in order to enjoy the secret gadgets shown at 0:22 in the video.
It can be quite crowded on weekends, but no numbered tickets are given out, so those visiting will need to wait in line.
The shop is open from 10:00 to 21:00.
The Doraemon Future Department Store is not a limited-time event store, but rather, a permanent store. That being said, if you miss visiting it on one trip, there's always next time.

In the shopping area of Doraemon Future Department Store, you can find character mugs, with characters including Nobita, Shizuka, Giant, and Suneo.
In addition, at the "Customize Zone," you can have characters embroidered on handkerchiefs sold in the store (this has a fee).
This can be seen at 0:14 in the video.

You can also post a Doraemon stamp on a special postcard and post it to a post in the store.
A point card that earns 1 point for every ¥100 spent at Doraemon Future Department Store has also been implemented.

At Doraemon Future Department Store, there's a "Secret Equipment Lab" where you can play with secret gadgets from Doraemon's pocket.
The "Anywhere door" allows you to voice your desired destination and open the door and experience being there, and there are games such as one where you wear a "bamboo copter" on your head to aim for the sky and another where you tap Dorayaki on a screen.
You can see the gadget experience at 0:22.

The Suntory Doraemon Time Square, commemorating the 50th anniversary of the series, has a Doraemon-themed clock and, as you can see from 0:54 in the video, a bench where you can take pictures with Doraemon, Nobita and Shizuka.
It's a popular photo spot, and you can take great photos to commemorative your trip here. Be sure to post them on your Instagram!

The clock is set up in different versions for day and night, and the theme song of Doraemon, sung by Hoshino Gen, is also played from it.
It can be seen at 0:40 in the video.

What did you think about Doraemon Future Shop? Like we said, it's a place popular among both children and adults alike, so if you feel like visiting, don't be shy!
The official goods that can't be bought anywhere else, are the perfect souvenirs for any Doraemon fans you know.