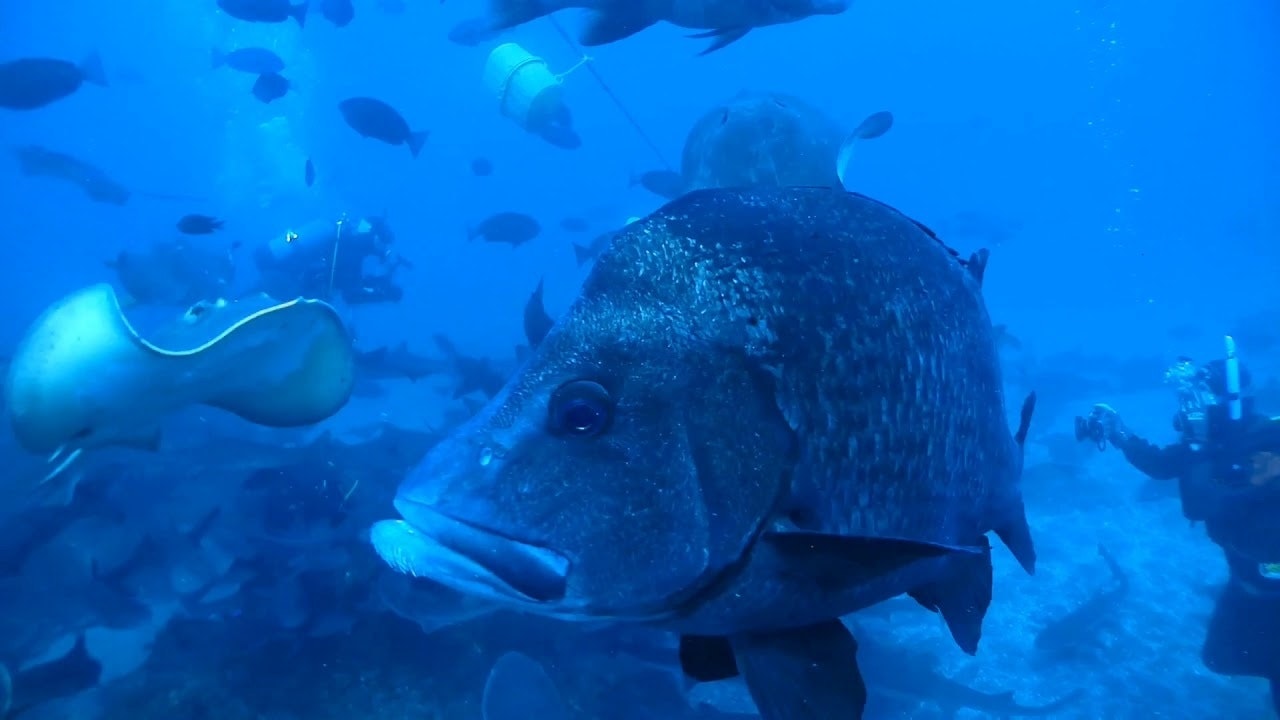 Shark diving is popular in Ito, Tateyama City, Chiba Prefecture, where you can swim with hundreds of banded houndsharks.
Shark are usually associated with attacking people, but the banded houndsharks in Ito are gentle.
They won't attack unless they are harmed by humans.
Besides sharks, there are also stingrays, blowfish, and snappers.
As they're being fed, they can show their friendly side.

The shark tornado, where sharks swim in a whirlpool, creating an underwater tornado, is the highlight of shark diving.
The sight of sharks and stingrays swirling around the screen is truly a sight to see!