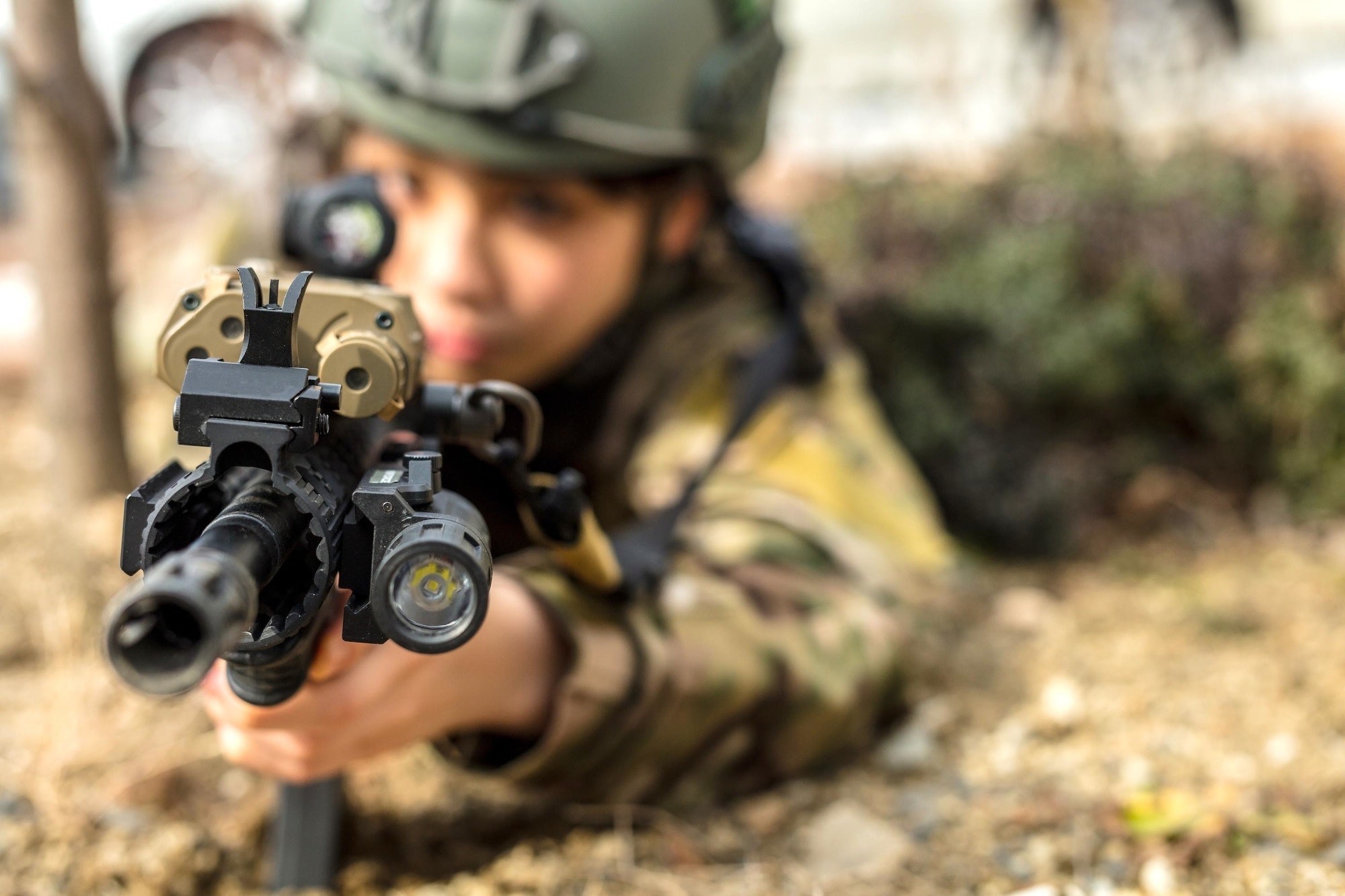 In Japan's survival game, Airsoft guns and pellets are used.
It is a tactical team elimination game, often called "airsoft" in foreign countries. Paintball is another popular version.

Origins, History, and How It's Played

It is said that the origin of the survival game is “playing soldier.” As you can see in the video, snipers have to wear equipment such as masks and goggles, and hide in the forest or field to take out their opponents stealthily.
You can see the players and equipment at 0:10 in the video.

As you can see from 0:31 in the video, the two teams shoot each other while maintaining adequate shooting range and utilizing their scopes and compete based on the number of hits they get.
The bullets are consumables, so they need to be bought after the game.

There Are Tournaments Too!

Different kinds of weapons are used in the game too.
There are airsoft guns, gas guns, and electro-motion guns as well.
The number of players is increasing and female players have also begun to participate!

How to Start Playing

Besides forests and fields, you can also experience a course for beginners at a payed facility.
There are guns for ages 10 and up, so even junior high school students can start playing survival games.
You can also accessorize by getting clothing to suit the environment you'll be playing in, or whatever else you like.

There are survival game facilities all over Japan, such as Kyoto, Osaka, Tokyo, Chiba, Aichi and Okinawa.

Get ready to fight in Japan's tactical survival games!