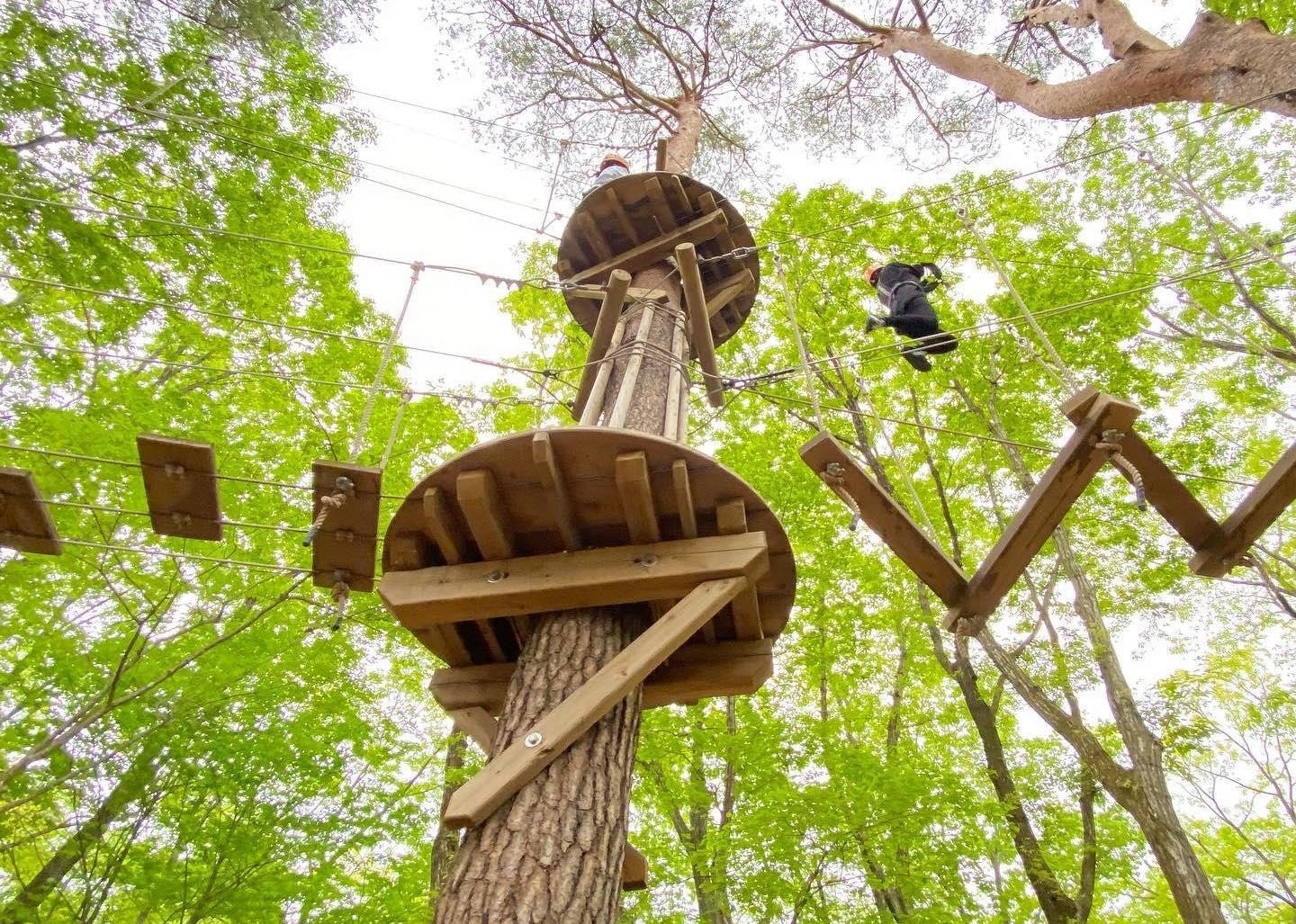 NOZARU, located in Nasu, Tochigi prefecture, in Japan's Kanto region, opened in 2017. It's one of the largest adventure parks in Japan, built on the hillside of a forest.
In this article, we will introduce the amazing adventure park that both children and adults can enjoy!

What Is "Nasu Forest and Sky Athletic Nozaru"?

As seen in the video from 0:36, you can enjoy a thrilling adventure through the trees, using the wire ropes that'll have you feeling like Tarzan!

How to Enjoy "Nasu Forest and Sky Athletic Nozaru"

At NOZARU, there are 2 kinds of courses: the full-scale Nozaru courses, and the "Kozaru" (little monkey) courses for beginners.
There are a total of 12 courses that you can enjoy, including 7 Nozaru courses and 5 Kozaru courses.

At NOZARU, as seen from 0:31 in the video, instructors are there to teach and support you along the way.
Of course, you'll wear harnesses as well, so there's no need to worry about accidents.
Even beginners can challenge the adventure park with ease!

Enjoy Sightseeing in the Great Outdoors of Nasu!

In Nasu, Tochigi Prefecture, a place overflowing with nature, there are many popular leisure spots besides NOZARU that are great for taking Instagram photos, and they are also nice for those on a family trip or couples.

There are many accommodations and hotels nearby, so we recommend stay the night to get the most bang for your buck.

Those who want to enjoy an exciting experience among the trees, head to Nasu’s NOZARU, an adventure park for the whole family to enjoy!

You can enjoy Nasu Forest and Sky Athletic NOZARU even on rainy days, but it becomes slippery so make sure you're wearing all of your safety harnesses. We recommend wearing comfortable clothing that's easy to move around in, and going when the weather is nice.