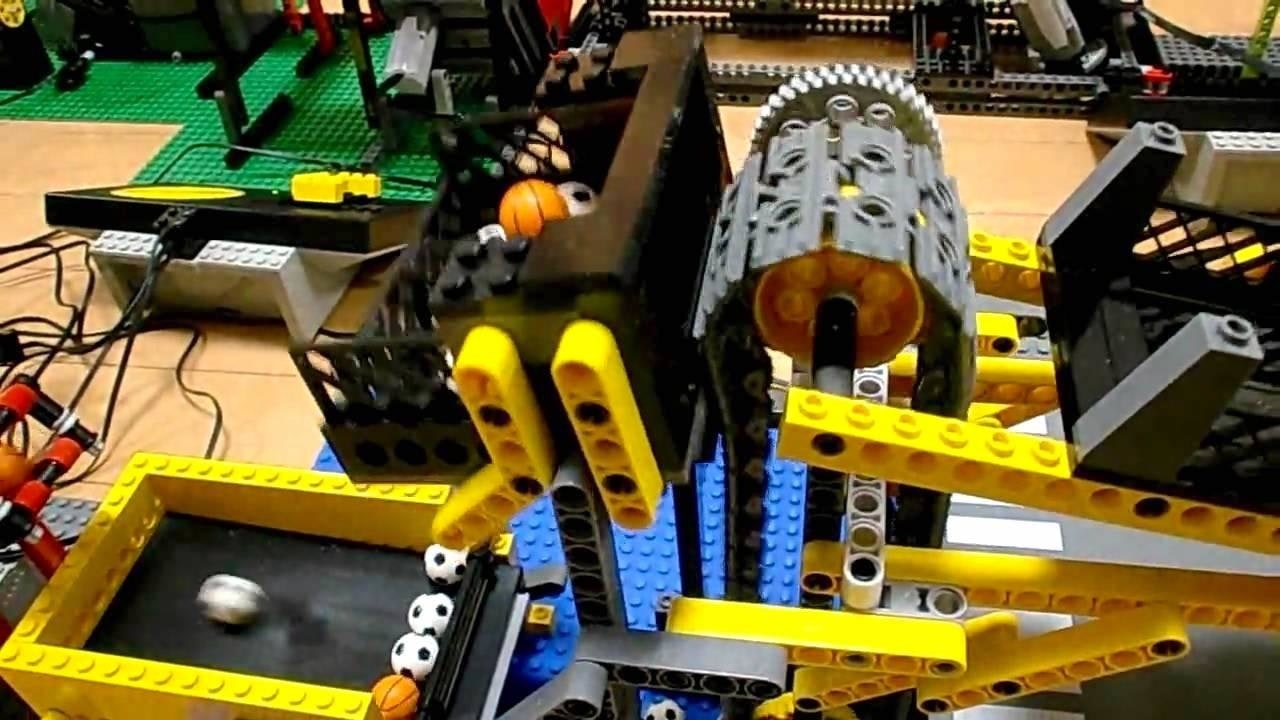 First, let’s watch this video titled “LEGO GBC 20 modules [LEGO] I made a ball contraption（LEGO GBC 20 modules 【レゴ】 玉ころがしをつくってみた）” produced by Akiyuki Brick Channel.
This video shows a machine called GBC made with LEGO bricks.
GBC refers to a work comprised of a series of gadgets made with huge LEGO brick modules to carry small balls. It's an acronym of Great Ball Contraption.

The GBC created with various mechanisms such as shovels and pumps is like a robot with a mind of its own. It seems like many viewers watch the video again and again to see the GBC’s interesting and fascinating mechanisms.

Surprisingly, this video has more than 30 million views!
Enjoy this addictive video that will have you watching it over and over again.

History of the Popular Line of Toys, LEGO

LEGO refers to a line of plastic brick-building toys developed by a Danish toy company.

The name originates from the Danish phrase “leg godt” meaning “play well.”
LEGO is a popular toy that is still popular all around the world even half a century after its debut in 1958.

Which Bricks to Purchase

The basic kit series is the best option for beginners who are wondering which to choose as many kinds of bricks are sold.

These kits include building bricks as well as figure parts like chefs or janitors and widen the range of play. If you have no idea how to play with the bricks, read the building instructions and assemble the parts. Experience the fun of building with LEGOs that fascinate both kids and adults alike.

About the GBC in the Video

Japan is a manufacturing powerhouse, and it demonstrates its advanced technology in the world of toys as well. Now, let's take a brief look at the GBC (Great Ball Contraption) built with LEGO bricks in the video.

First, you can see a crane scooping the small rolling soccer balls and basketballs and pour them onto the running truck at 0:04.

After unloading the truck, the balls go through various contraptions.
This footage starts from 0:44 in the video.
As you can see in the video, one of the things that makes this video so fascinating is the high quality of each device.

After going through countless devices, those balls finish their journey at, surprisingly, the same crane at the very beginning of the video!
You can see this at 7:28 in the video.

LEGOLAND, the LEGO theme park created by LEGO Group, has gained a lot of attention.

LEGOLAND opened in Denmark as well as the UK and the US one after another, and in 2017, LEGOLAND Japan opened in Aichi Prefecture in Japan.
As a place where visitors can play in the world of toys, LEGOLAND is an ideal place for dates and leisure as well.

Summary of the GBC Built by Legos

LEGO is loved all around the world and has infinite ways it can be enjoyed.
Be it playing with your family and friends or trying to build a fascinating GBC like the one in the video, find your own way to enjoy LEGO.

After watching this video, you will surely be tempted to play with LEGO!
Try not to get lost watching the video's amazing contraptions!