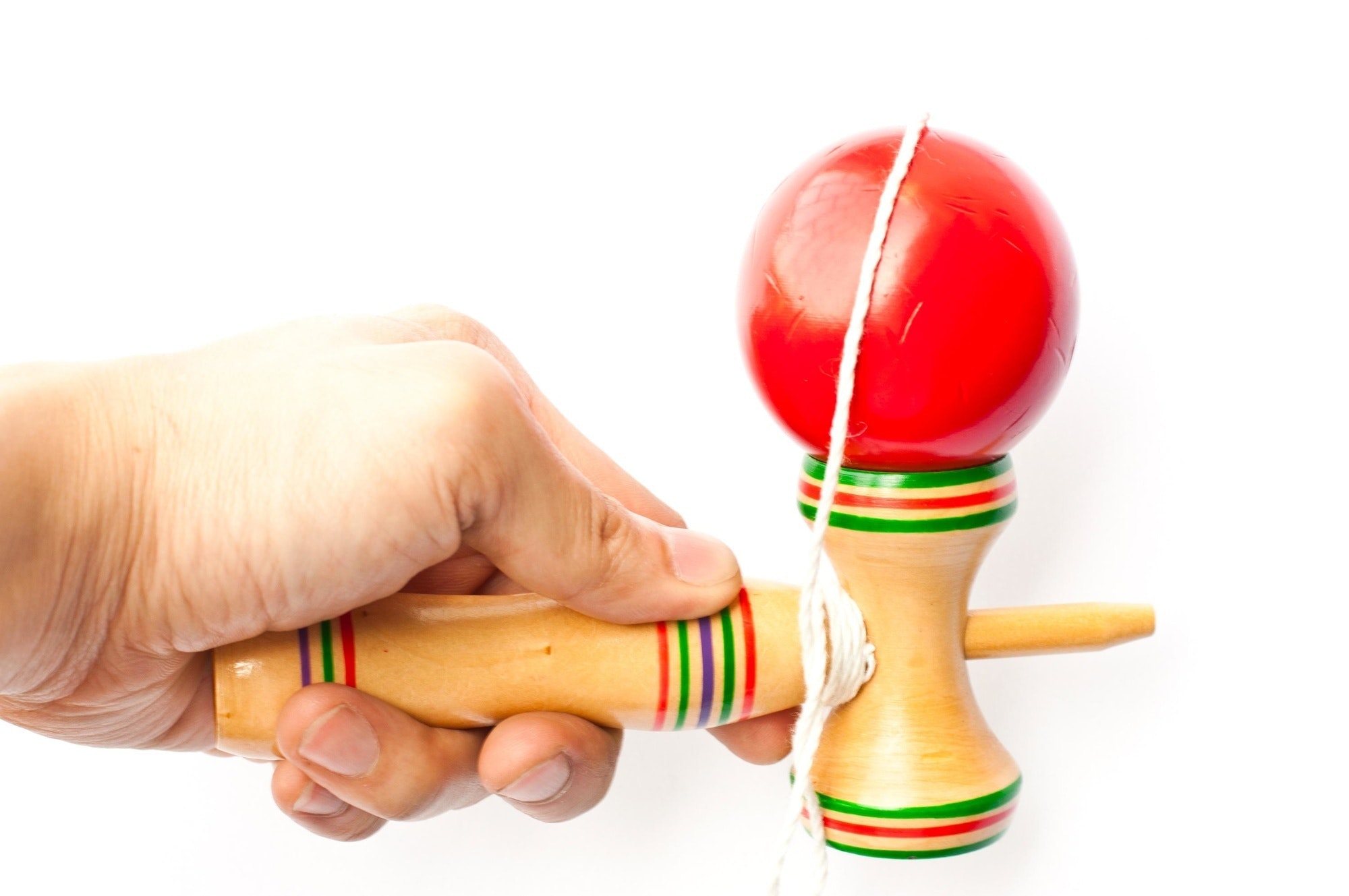 This video, titled "[Kendama｜5th Grader] 10 Amazing Tricks, One After Another! the Young Super Talent That Made It to the Finals!" (【KENDAMA】](「【けん玉 小学5年生】スゴ技10連発！世界選手権決勝トーナメントに最年少で進出したスーパーキッズ！【KENDAMA】」), was created by "Bukapi Bukatsu ONE" (「ブカピ 部活ONE」).
The video shows 5th grader Maharu Tashiro performing 10 difficult Kendama tricks.

Maharu Tashiro is a talented elementary school student, and the youngest finalist of the World Kendama Tournament.
You can see his impressive techniques and high level skills in the video.
Be sure to follow along as you read this article!

Kendama is a wooden toy consisting of a cross-shaped handle (Ken) and a ball with a hole (Tama).
Generally, Kendama is written as [けん玉 (Kendama)], using hiragana, but it's often written using Kanji such as "剣玉," (lit. sword ball) "拳玉," (lit. stick ball) or "剣球" (lit. sword sphere) (all pronounced Kendama).

The most general ways to grip Kendama are straight (Masugu) and tilted (Naname).
Kendama has a long history and is generally believed to have originated during the Edo period (1603-1868).
The electronic Kendama, Dejiken (デジケン), produced by Bandai (バンダイ), was also popular at one time.

The talented kid Maharu Tashiro, shown in the video is the Super Kendama kid who drew attention at the World Kendama freestyle Tournament "CATCH&FLOW2017," held in Tokyo in 2017.

He performed amazing Kendama tricks in the Kendama tournament, which top Kendama performers from both inside and outside of Japan attended, and became the youngest finalist in the history of the tournament.
He also participated in "CATCH&FLOW2018" the following year and advanced to the final, making him a finalist in back to back tournaments.

Maharu Tashiro started playing Kendama when he was a 1st grader.
He practices Kendama at least 2 hours a day.
Sometimes he practices all day if it’s a holiday.
This can be seen in the interview at 0:14 in the video.

He practiced by watching professional Kendama players an mimicking their techniques.
His dream is to become the number one Kendama player in the world, so he practices hard to make this dream a reality.

Summary of the Kendama Prodigy!

Did you enjoy reading about super Kendama kid?

The video shows him performing 10 awesome Kendama tricks, so definitely check it out!
If you're interested in Kendama, there are classes all over Japan where you can learn how to play Kendama.
You can also purchase Kendama online at stores such as Amazon.