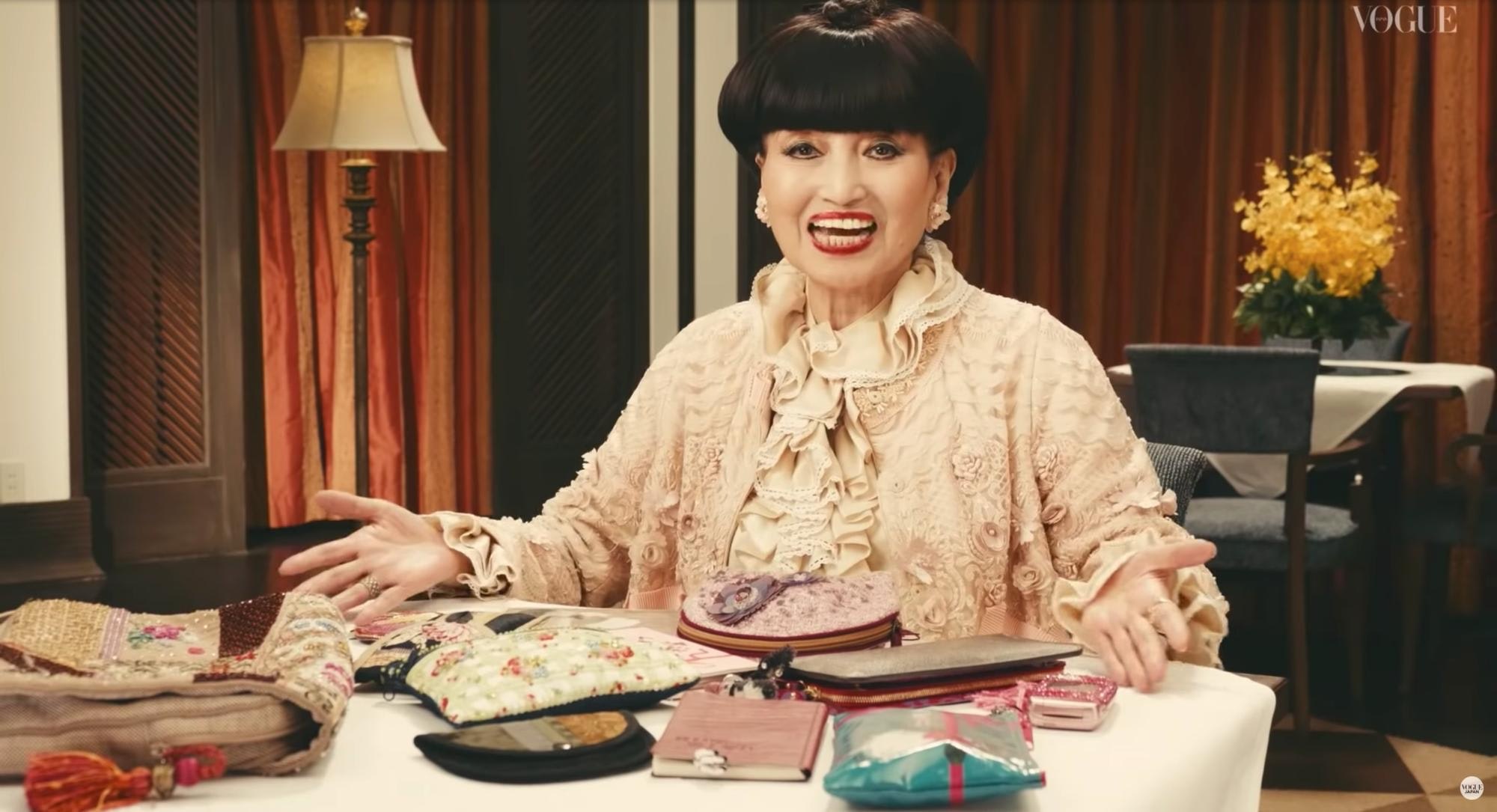 A video of Tetsuko Kuroyanagi showing what is in her bag?

The title of the video is“Testuko Kuroyanagi, showing the items in her bag!” In this video, a popular celebrity, Tetsuko Kuroyanagi shows viewers items inside her bag.

An item introduced in the video at 2:26, she shows her smartphone screen.
You can see screenshot is a photo of her and another Japanese celebrity, Akihiro Miwa.
In the video, she also shows her colorful wallet, makeup bag, her favorite panda collections and more.

Testuko Kuroyanagi was born in 1933.
Her talent agency is called Yoshida Naomi Agancy and her nickname is Chuck. She is 163cm tall with the blood type of A.
She is not married and she will be 87-years-old in August 2020.

After graduated from Tokyo College of Music, she became a member of NHK Hoso Gekidan to start her career as an actor.
Currently, she has been working as an Japanese actress, a voice actress, a TV entertainer, and a TV hostess.
She is also known for her charitable works.
She is a Goodwill Ambassador for UNICEF as well as a peace activist.
One example of her activism is her conservation work with Pandas.

You can tell how much she loves pandas by watching the video at 0:26 where you see a post card of two pandas, and at 2:21 where we see her panda phone strap, and other panda goods.
She is also a very successful essayist, and her work "Totto-Chan: The Little Girl at the Window," published in 1981, became the biggest bestseller of the post-war era, with 8 million copies sold in book and pocket paperback (bunkobon) form.
Her mother, Cho Kuroyanagi, is also a well-known essayist and created many fantastic works of her own.

Tetsuko Kuroyanagi is a popular celebrity who has been active in the entertainment industry since the early days of television broadcasting.
When she was young, her cute appearance attracted many male viewers.
She continues to attract attention as the host of Kohaku Uta Gassen, and various other programs and commercials.

Her famous program "Tetsuko no Heya" (Tetsuko’s room) was recognized in the Guinness Book of World Records as the world record holder for the most talk shows broadcast by the same host.
Despite concerns about her health in recent years, the show is still running as of 2020.

Tetsuko Kuroyanagi is known for her unique onion-shaped hairstyle.
On TV shows, she sometimes surprises people by taking candy and other goodies out of her hair.
She mentions this at 1:48 in the video.

One of her signature dishes is Tetsuko Kuroyanagi Cake.
It's a simple recipe that can be made with just biscuits, whipped cream and milk, but it tastes amazing.

The charm of Tetsuko Kuroyanagi is her cute and easygoing image.
She also has a unique, smooth way of speaking which attract lots of viewers.
She answers nine questions at 3:23 in the video.

Lately she has been live streaming from her house on Instagram, using her smartphone.
If this article has you interested in Tetsuko Kuroyanagi, be sure to check out her Instagram or some of her popular works!