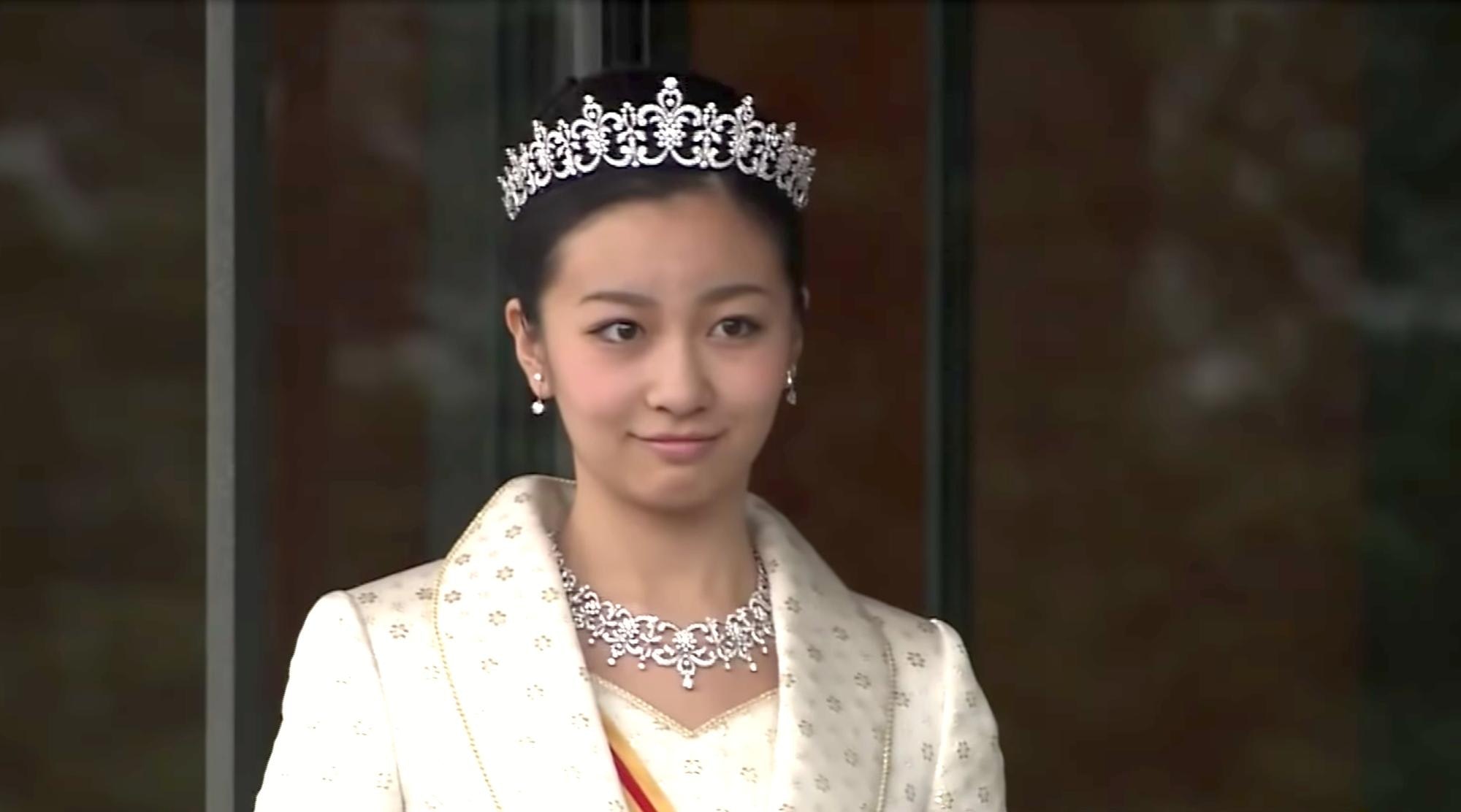 In 2014, on Princess Kako's 20th birthday, she received a Grand Cordon of the Order of the Precious Crown (宝冠大綬章, houkandaijushou) from the then emperor Akihito, at the Imperial Palace (皇居宮殿, koukyoukyuuden).

From 0:16 in the video, you can see the princess make an entrance wearing a beautiful platinum-diamond tiara.

This gorgeous tiara is a unique item from Mikimoto Pearl Island.
The five items of jewelry worn by the princess, including the tiara, earrings, necklace, bracelet and brooch, altogether cost 27,930,000 yen (approximately $250,000 USD).

Princess Kako's Past and Special Skills

Princess Kako is the second daughter of Prince Fumihito and Princess Kiko and her personal emblem is the Hibiscus tiliaceus.
Her older sister is Princess Mako and her younger brother is Prince Hisahito.
She was born on December 29th, 1994.

Princess Kako is proficient in English and in 2014, at 20 years of age, left Gakushuin University (学習院大学, gakushuuindaigaku) and entered ICU (the International Christian University) (国際基督教大学, kokusaikurisutokyoudaigaku), graduating in 2019.
She has received awards for figure skating competitions in the past.
When she was a junior high school student, she also performed a dance at the school festival.

In this video you can see Princess Kako on her birthday wearing her tiara, being greeted by the emperor and empress of Japan.
From 1:39 you can see the press conference that was held to mark her birthday and coming of age.

Princess Kako looked a little nervous facing her first press conference since becoming 20 years old, however she is now perfectly capable of talking about her aspirations and ideas in public.

Since her 20th birthday in 2014, Princess Kako has attended several events at the palace such as New Year's celebrations and banquets.
More recently, at the enthronement of the new emperor, she made news wearing a beautiful 12-layered ceremonial kimono called "Juunihitoe".

The future efforts of the beautiful princess, who turned 25 years old in 2019, are guaranteed to continue to attract lots of attention.