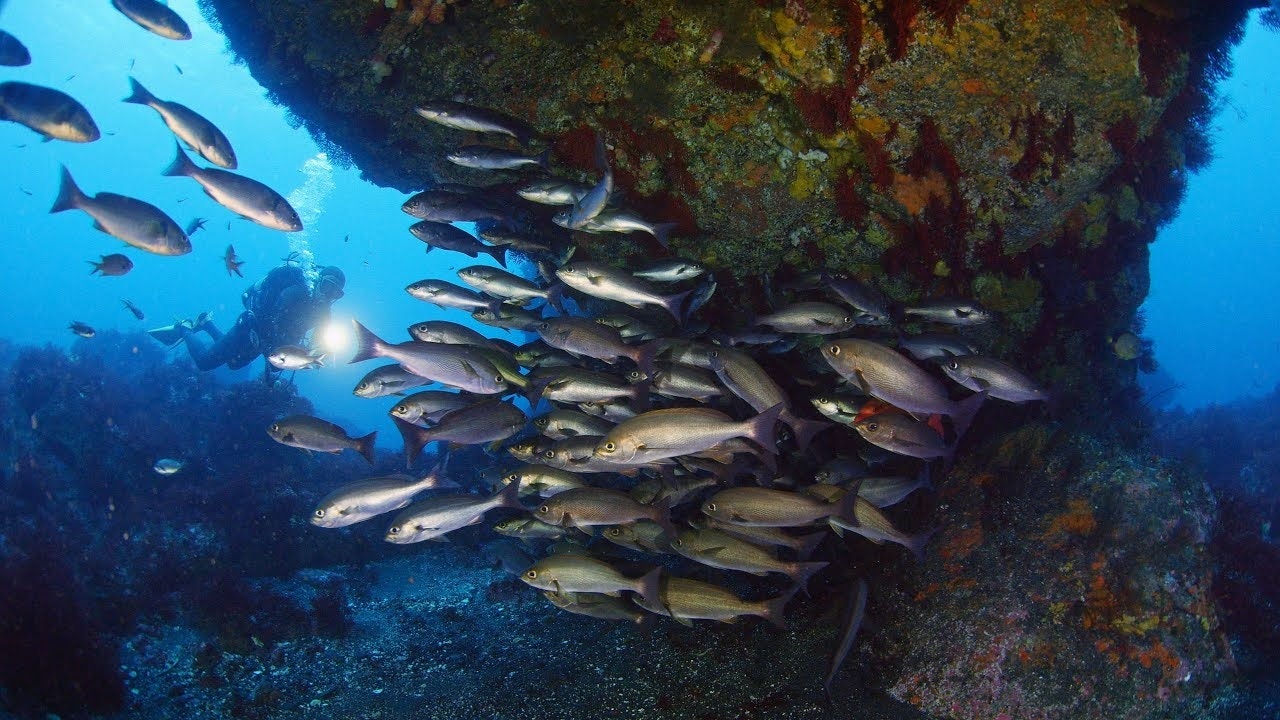 Izu's Oshima Island has been recognized as a Japanese Geopark.
Among the many beaches of Izu Oshima Island, Nodahama, located in the northwest, is a particularly unique dive site.
Because Izu Oshima is a volcanic island, lava flowing into the sea formed undersea arches, making it one of the few geo-sites in the world.
The breathtaking formations attract a wide variety of marine life and many schools of fish can be observed here.

The video shows the arches made by the lava flowing from Nodahama and the schools of fish that gather there.
Enjoy the scenery of the ocean floor, which looks like the remains of an ancient civilization sunk into the sea!