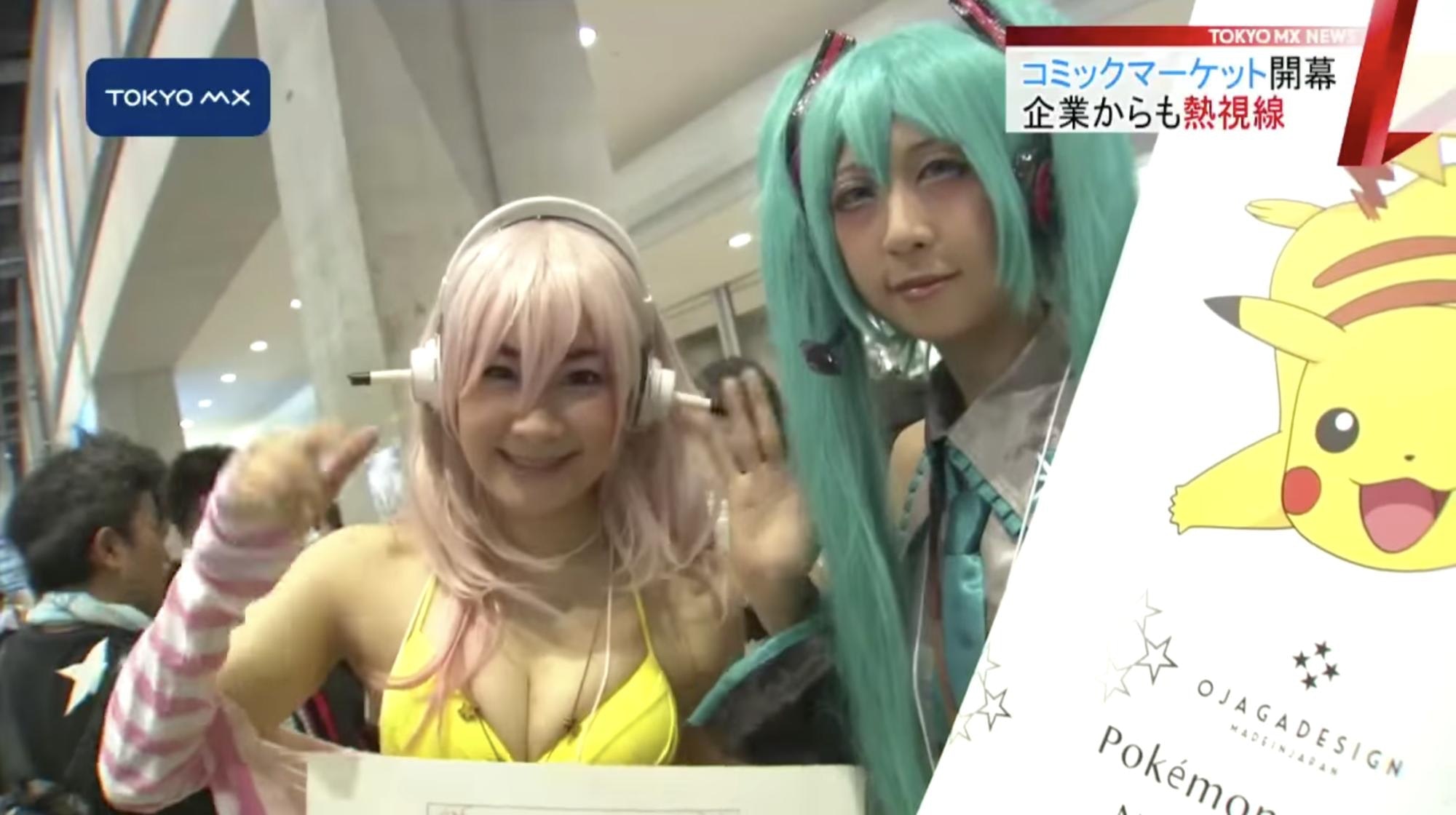 This video, titled "A Festival for Manga and Anime Fans｜Comiket Is Now Open!" (漫画・アニメファンの祭典 コミックマーケットが開幕), was released by "TOKYO MX."
Comic Market (commonly known as Comiket), held every summer and winter, is a festival of Japanese manga and anime.

Usually held at Tokyo Big Sight, Comiket attracts about 500,000 fans to the market where manga and doujinshi works are sold.
Popular personalities and companies also participate in the market.
Manga and anime otaku create their own doujin and cosplay costumes for the event.
The hall is packed first thing in the morning and there are many otaku who spend tens of thousands of yen at a time to get their favorite works.