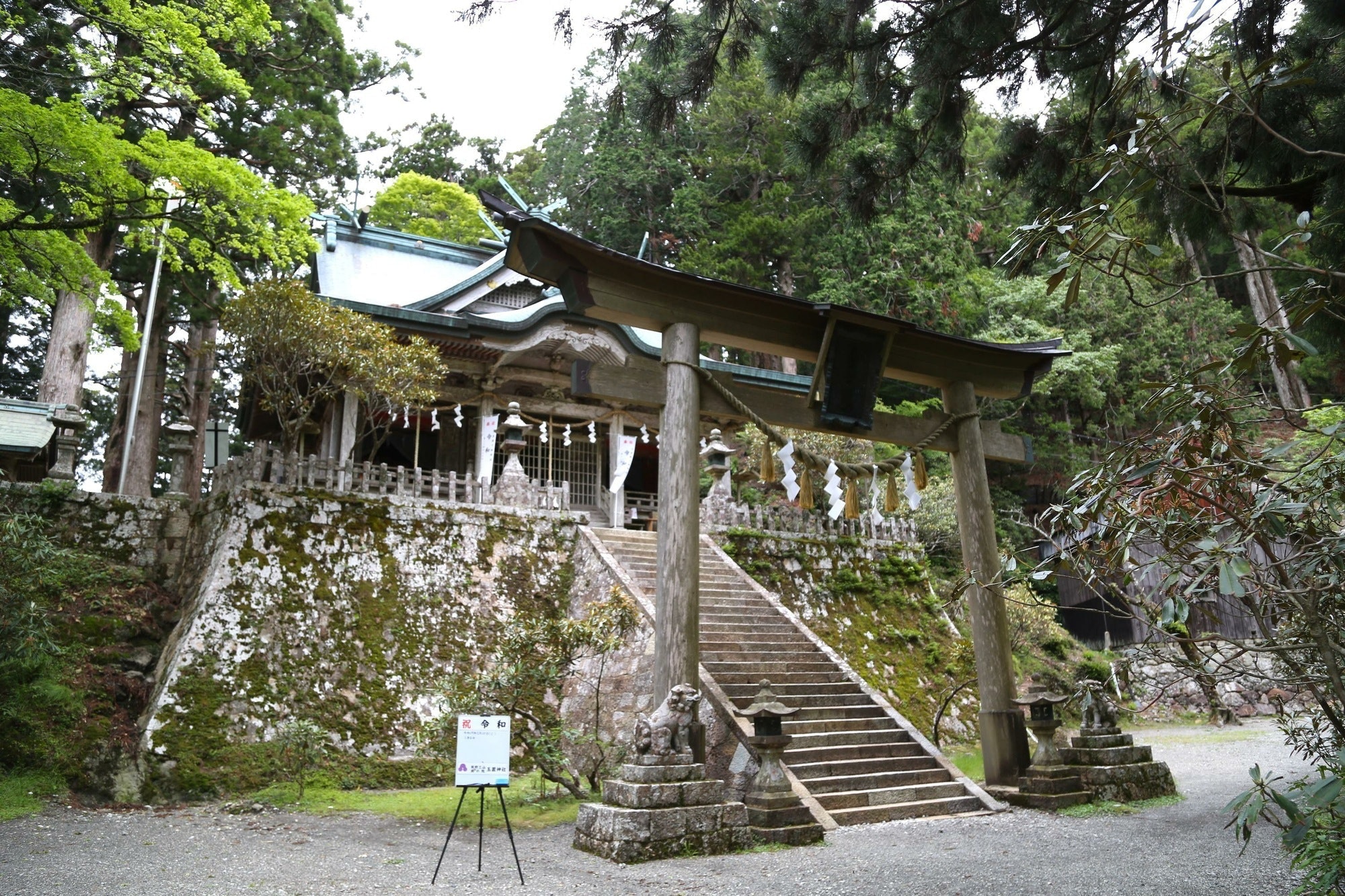 Mt. Tamaki's Tamaki Shrine, located in Totsukawa village, Nara prefecture, is an ancient shrine thought to have been built in the year 37 BC.
Tamaki shrine is dedicated to the gods Izanagi (伊弉諾尊神) and Izanami (伊弉册尊神).
Tamaki Shrine, the innermost shrine of the Kumano Sanzan (熊野三山, Three Grand Shrines of Kumano), is part of the Omine-okugake Trail (大峯奥駈道), a UNESCO World Heritage Site under the "Sacred Sites and Pilgrimage Routes in the Kii Mountain Range (紀伊山地の霊場と参詣道).

Tamaki shrine is situated near the peak of Mt. Tamaki, one mountain of the sacred Omine Mountain Range.
It can be found at the ninth station on the mountain and is one of the stops along the Omine-okugake Trail.
On the sacred grounds you can find "Suginokyojugun" (杉の巨樹群), a large cedar tree that has been designated a natural monument, which can be seen from 4:10 in the video, along with "Meoto Sugi" (夫婦杉, The Wedded Cedar), Mihashira Shrine (三柱神社), the shrine office (社務所) and the Ema board hall (絵馬堂).

A visit to Tamaki shrine is thought to bring luck with money so make sure you receive a seal stamp called a "goshuin" or get a good luck fortune known as "o-mamori" when you visit.

Since Tamaki shrine is situated near the peak of a mountain, if the weather conditions permit it, a sea of clouds which is said to resemble a dragon god can appear half way up the mountain!
Tamaki shrine is a spiritual and mysterious place whose visitors are said to have been summoned by the gods.
The lodgings that were once used by pilgrims now provide accommodation for those travelling alone.

As you can tell from watching the video, Tamaki shrine is an awe-inspiring place that feels and looks as though the gods still remain there even today.
Other spots to check out in the southern area of Nara prefecture include Totsukawa Hot Spring (十津川温泉), Doro-kyo Gorge (瀞峡), Tanize Suspension Bridge (谷瀬の吊り橋) and Ekinomichi Totsukawago (駅の道十津川郷).
Why don't you book one of the nearby hotels or take part in a tour to really make the most of you trip to Tamaki shrine?