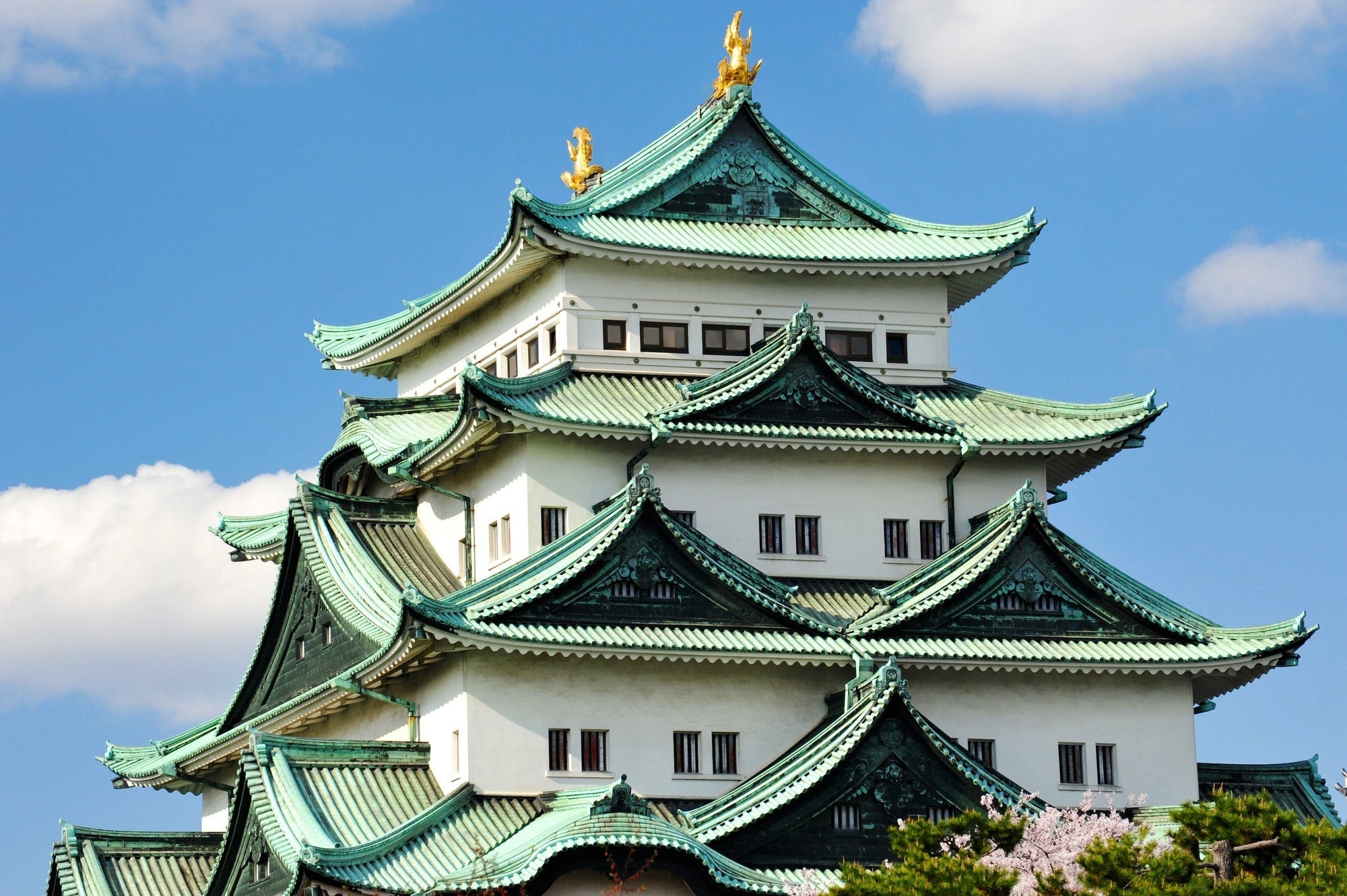 Nagoya Castle is a huge castle built in Aichi District (愛知郡), Owari (尾張国), formerly known as "Owari no Kuni," during the Warring States Period (1467-1615 AD).
There are many castles in Japan, but the magnificent Nagoya Castle is by far one of the most popular among tourists.
Nagoya Castle is a famous landmark housing many national treasures, including the superb castle tower.
In 2018, the number of visitors to the castle exceeded 2.2 million.

The History of Nagoya Castle Since the Warring States Period

Nagoya Castle was built by Tokugawa Ieyasu, who emerged victorious from the decisive Battle of Sekigahara, and was built in nearby the ruins of Nagoya Castle (那古野城, Nagoya-Jo), said to be the birthplace of Oda Nobunaga.
Tension was increasing with the forces of Toyotomi Hideyoshi during this period, and Ieyasu built Nagoya Castle as a key military location.

Nagoya Castle served as the residence of the lords of the Owari domain for generations during the Edo period (1603-1868 A.D.) after Yoshinao Tokugawa, the founder of the Owari Tokugawa family.
It became the Nagoya Detached Imperial Palace for the use of the imperial family after the Meiji period (1868-1912 A.D.).
In the Showa period (1926-1989 A.D.), it was designated as Japan's first National Treasure as a castle building.
Since then, it has continued to be open to the public as a highly popular tourist attraction.

The Must-See Features of Nagoya Castle

Nagoya Castle is also known as "Kinshachi Castle" (金 "kin" meaning gold) after the golden Shachihoko that decorate the castle tower, which has become a symbol of Nagoya.
Besides the main tower keep, the magnificent honmaru (inner citadel) and Shoin Hall are must-see features.
The outstanding Stone Walls of Nagoya Castle were built via stonewall construction in various areas, including the Mikawa Bay (三河湾, Mikawa-Wan) area.

Kiyomasa Kato played an active role in the construction of the stone walls, and the huge stone said to be the largest stonewall in Nagoya Castle is called "Kiyomasa Stone."
Enshu Kobori and Masakiyo Nakai were in charge of the construction of the castle tower.
This is detailed at 1:10 in the video.
When you visit the Sarumenbogaku Tea House, Yuin Tea House, and shops, you may also want to visit the Oribe-Do, which was built to honor Oribe Furuta.

Since May 2018, the demolition and renovation of Nagoya Castle's castle tower has been carried out as the "War Damaged Wood Restoration Project" (戦災木造復元プロジェクト).
The restoration of the wooden castle tower is scheduled to last until December 2022.
Everyone is looking forward to seeing the restored castle tower once the restoration is finished.

Summary of the Historical Nagoya Castle

As shown in the video, Nagoya Castle is a building of great historical value built during Japan's Warring States Period.
The castle is large, but you can enjoy exploring it as there are elevators available and many historical materials are on display.