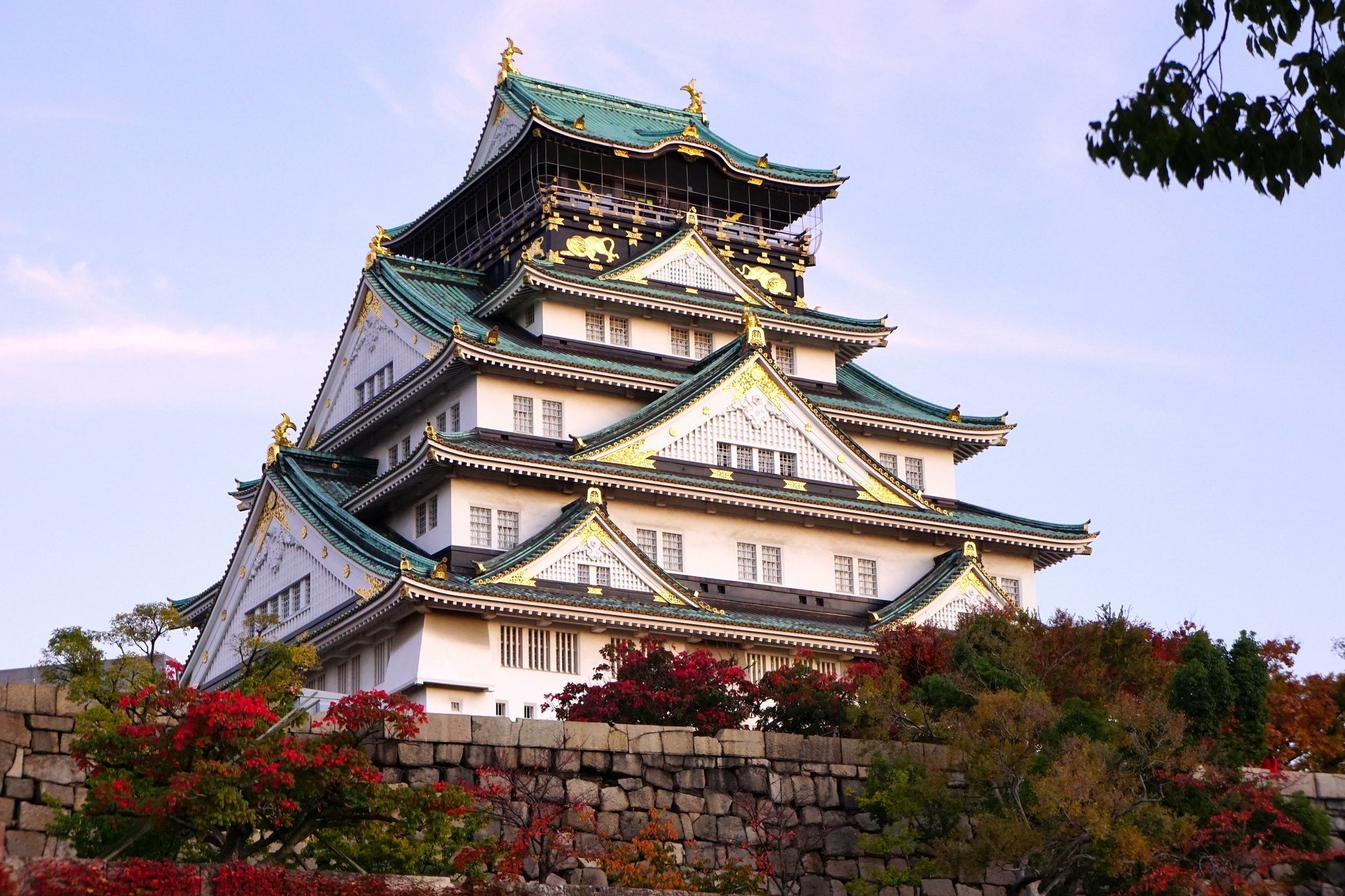 This video, titled "[Sword World] Osaka Castle｜Swords and Armor｜Swords and Armor on Display in the Castle｜YouTube Video" (【刀剣ワールド】「大阪城」刀剣・甲冑に会える城｜刀剣・甲冑展示の城郭 YouTube動画), introduces Osaka Castle in Osaka.
The castle's majestic appearance is famous as a symbol Osaka.

However, most people don’t know the history of Osaka Castle.

A Look at Osaka Castle

Osaka Castle was built in 1583 by Toyotomi Hideyoshi, the second of Japan's "Three Great Unifiers."
As shown at 0:39 in the video, it's a massive, gorgeous castle with golden shachihoko ornaments. It was often called the "Golden Castle" because of this.
The castle was a symbol of great wealth and power during Hideyoshi's reign, but after his death, it became the battlefield of Tokugawa Ieyasu and the Toyotomi family.
In the end, Tokugawa Ieyasu came out on top, ending the reign of the Toyotomi family.

Swords and Armor Displayed in the Castle

Let's take a look at the history of Osaka Castle. It was the end of the Warring States Period (about 1615) and whoever won the battle between the Toyotomi and the Tokugawa families would become the unifier of the country.

There were several important battles between Toyotomi and Tokugawa, but the decisive battle, and most famous one, is "The Battle of Sekigahara."

Sengoku Hidehisa, a former feudal lord of the Toyotomi clan who followed Tokugawa Hidetada after Hideyoshi’s death, played an important role in this battle.
His armor, as well as many other weapons, armor, and historical documents, are on display inside the castle.

The present-day Osaka Castle was reconstructed in 1931, but it was destroyed during the Meiji Restoration and in air raids during the Pacific War.
Today, the ruins of Osaka Castle are a special historical site, and a museum in the reconstructed site houses the famous blade, "Osaka Shinto," by an Osaka-based swordsmith, which can be seen at 2:10 in the video.

The museum also houses "Kamichinokami Kunisuke" which is listed as Tangible Cultural Properties of Osaka Prefecture. It can be seen at 2:26 in the video.
A number of armors, mainly from the Warring States period, are also on display.
The chest with black leather, purple, red, and white armor, has been designated an important art object.
You can see the collection of armor in the Osaka Castle from 2:29 in the video.

The present-day Osaka Castle still has the inner citadel, the outer citadel, the watchtowers, and other structures that have been designated as important cultural assets, and you can also see the inside of the castle, which is currently undergoing a restoration project.
Osaka Castle Park, known for its cherry blossoms and for being a great place for barbecuing, is also located in the vicinity, and is crowded with tourists who come to see the illuminations and light-up events.

Osaka Castle is a symbol of Osaka, both in name and reality, as the adjacent Osaka Castle Hall hosts live concerts and other events.
Enjoy delicious Osaka cuisine and learn about the history of Japan at Osaka Castle, a popular tourist destination!