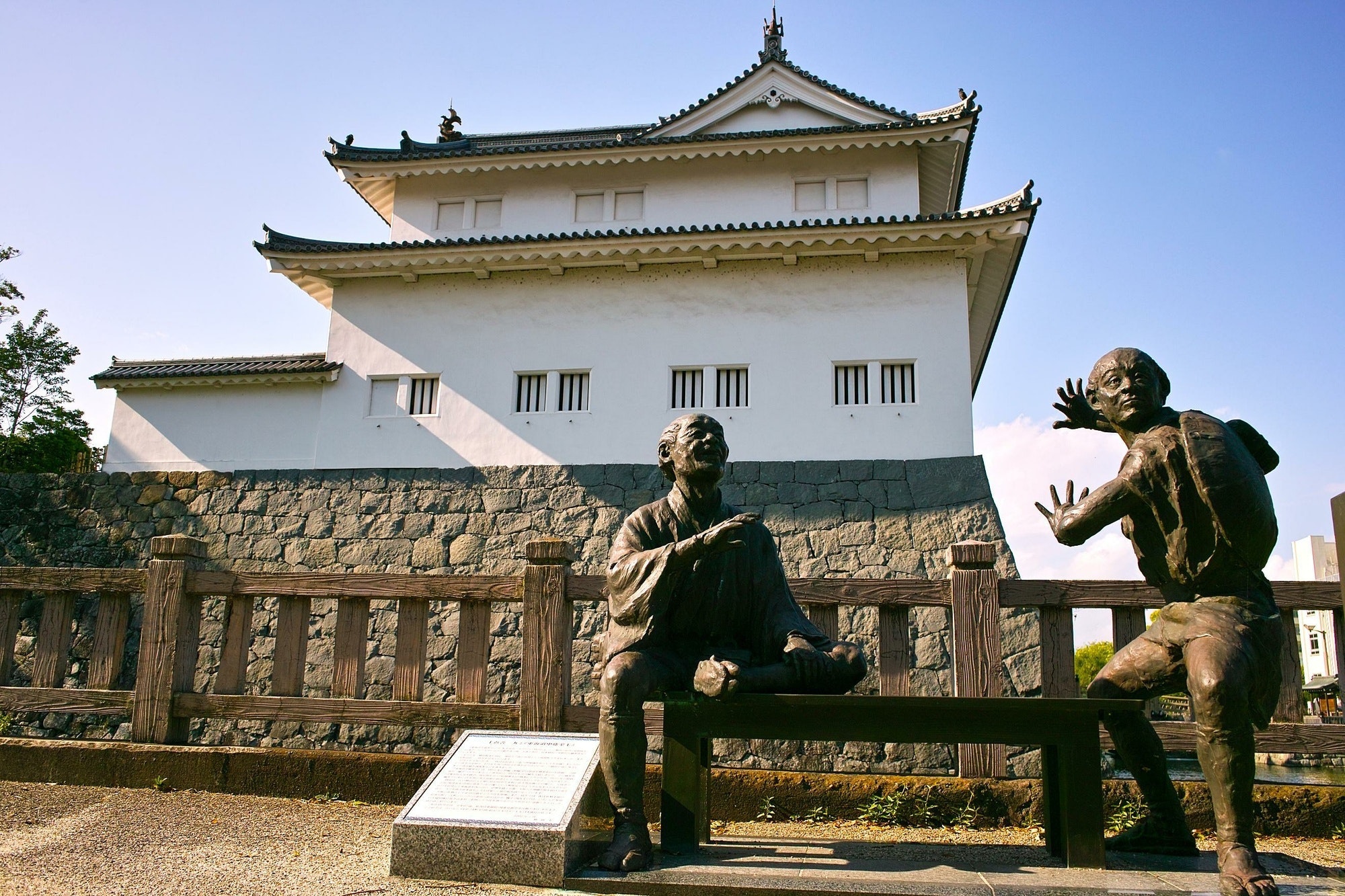 Sunpu Castle, Built by Tokugawa Ieyasu, One of the Three Unifiers of Japan!

Sunpu Castle is a castle built by Tokugawa Ieyasu and has been chosen as one of Japan’s Top 100 Castles.
The castle is also called Fuchu Castle and Shizuoka Castle.
During the Edo period (1603 to 1868), the Sunpu domain and head of Sunpu Castle were established.
At present, the site of the inner citadel and the ruins of the outer citadel have been transformed into Sunpu Castle Park.
Public facilities such as the prefectural government office and the Shizuoka District Legal Affairs Office are located in the outermost area of the castle.

About Sunpu Castle and Its History

Shizuoka City in Shizuoka Prefecture was ruled around the 14th century by the Imagawa clan, the Suruga Protectorate of the Muromachi Shogunate.
In 1585, Tokugawa Ieyasu, the ruler of Suruga, moved the castle from Hamamatsu Castle to the present site and began to build Surpu Castle in 1585.
Sunpu Castle was completed in 1589, but Tokugawa Ieyasu was transferred to Kanto by order of Toyotomi Hideyoshi, and Nakamura Kazuuji became the lord of the castle.

In 1605, Tokugawa Ieyasu handed over the title of Shogunate to Tokugawa Hidetada, who designated Sunpu the seat of government for the imperial family.
He expanded Sunpu Castle and laid the foundation for the present-day cityscape by dividing Sunpu Castle Town into sections and creating a flood control project for the Abe River.
In honor of his career, a bronze statue of Tokugawa Ieyasu was erected in the castle. It can be seen at 2:43 in the video.

The interior of Sunpu Castle has been extensively reconstructed, and in 2016, an excavation of the castle tower was carried out to determine the condition of the tower's stone walls and to collect academic data.
You can see the site of the excavation work at 2:50 in the video.

There are a lot of things to see at Sunpu Castle.
The East Gate, which can be seen at 1:39 in the video, was restored in 1996.
Tatsumi Tower, reconstructed in 1989, is one of the few castles in Japan with an L-shaped layout, and was an effective turret for the protection of Sunpu Castle.
The complex waterway of the Ninomaru channel, which was discovered during research, is another highlight of the castle.

Hitsujisaru Yagura is located in the southwest of Sunpu Castle's Outer Citadel Tower
Although it looks like a double-roofed building, it is actually three stories high, and at the time it was used to defend against attacking enemies as an armory and a lookout.
At the end of March 2014, it was restored using traditional wooden construction methods from that time period.
All of the flooring and ceiling material on each floor have been removed, and some of it is glass, so you can see the subfloor structure of the tower.
There's also Jodai Bridge and the Outer Citadel Gate too!

You can also experience VR in the space-time room.

At the attached Momijiyama Park, you can experience the atmosphere of a daimyo's garden.
In spring, you can enjoy a cup of tea while admiring the seasonal changes in the cherry blossoms and other flowers.
In the garden's teahouse, you can enjoy a variety of events such as tea ceremony, flower arranging, and haiku.

Sunpu Castle is open from 9:00 a.m. to 4:30 p.m. and is closed on Mondays.
Admission is ¥360 for adults and ¥120 for children for all three facilities (East Gate/Tatsumi Yagura, Hitsujisaru Yagura and Momijiyama Garden).
The castle is a 15-minute walk from JR Shizuoka Station and a 12-minute walk from Shizuoka Railway Shin-Shizuoka Station.
By car it's about 17 minutes from the Shizuoka Interchange of the Tomei Expressway and 18 minutes from the Shin-Shizuoka Interchange of the New Tomei Expressway.
There is no parking lot available, so please use the parking lot in front of the Civic Cultural Center (市民文化会館).
Nearby Sunpu Castle is Kunozan Toshogu Shrine, a national treasure.
This is the shrine where Tokugawa Ieyasu was buried and the temple used to be the site of Kuno Castle.
At Rinzai Temple (臨済寺, Rinzaiji), located at the foot of Mt. Shizuhata, there are tombs and a memorial tablet of the Imagawa clan.

What'd you think of Sunpu Castle, built by the great general of the Warring States period, Tokugawa Ieyasu?
Why not visit Sunpu Castle and get a red seal stamp from one of "Top 100 Castles of Japan"?